How Will the Knicks Rotation Look After the Trade Deadline? 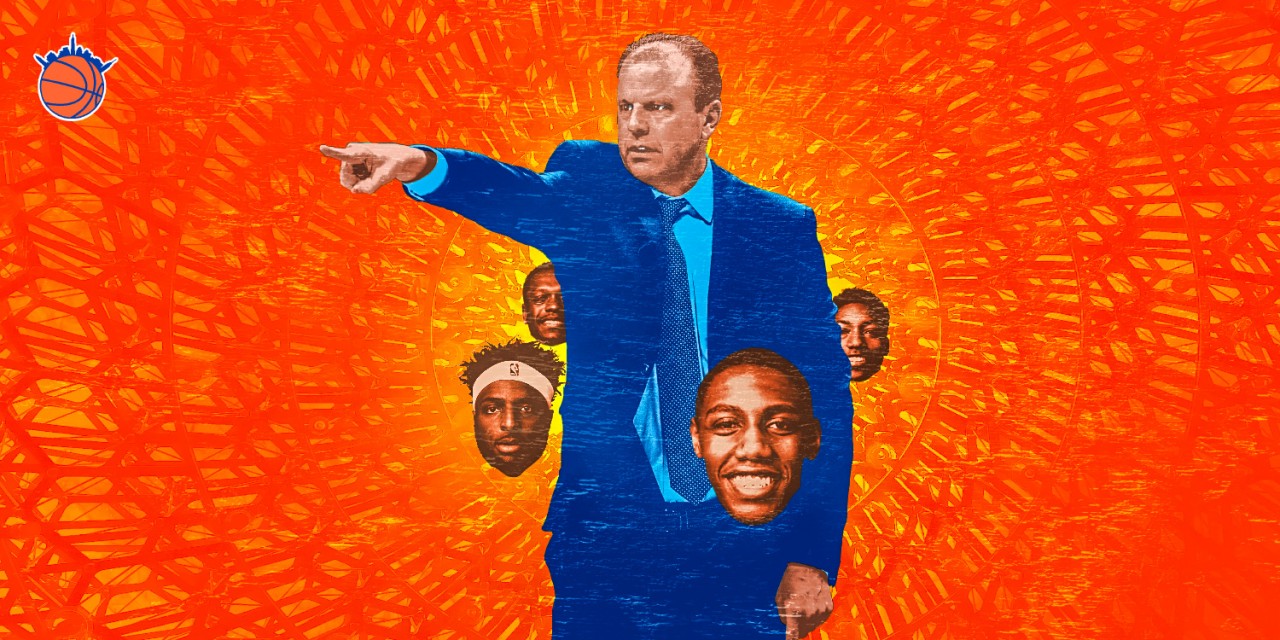 The Knicks only made one trade before the deadline, but how will the rotation look given they’re 30 games under .500 under an interim coach?

Remember when one of the selling points for this offseason was that the New York Knicks were going to be able to flip all of their one-year contracts from this past summer? Ultimately, that didn’t happen, as the Knicks ended up with just one trade. That trade, Marcus Morris to the Los Angeles Clippers in a three-team deal netted New York two draft picks and Maurice Harkless.

In was an underwhelming draft deadline for the Knicks, but the season continues. Currently winners of four of their last five, New York will have to finish the remainder of their season without their best player. In the three games since the deadline, the rotation has been leaning heavily on their veteran players. But is that going to remain the same, or can things change?

Let’s check out some the looks for New York’s rotation now that we’re past the trade deadline.

As long as everyone stays healthy, look for the starting lineup to remain the same: Elfrid Payton, R.J. Barrett, Reggie Bullock, Julius Randle, and Taj Gibson. It’s a lackluster first unit, but it’s the one interim head coach Mike Miller is choosing to play, continuing the one-shooter lineup. For the most part, these five players, plus a departed Morris have been the rotation of starters since Miller assumed the head coaching position.

That said, Mitchell Robinson should become the team’s starting center. He continues to be an excellent defensive big man while also shooting an NBA-best 72.8% from the field. Fouls aside (5.2 fouls per 36 minutes), Robinson has been the team’s best big man and remains the only transformative young player on the roster.

Buyout season? Not quite in New York

With several players on one-year contracts and team options, the Knicks should be very active with buyouts. So far, Wayne Ellington—before his two great games—was seen as an ideal buyout candidate and may take one. Meanwhile, Bobby Portis is not thinking about a buyout, even with a team option and a new front office expected to be in place. Anyone else?

In a weird way, the Knicks don’t have anyone else who should be bought out. Payton is the only point guard on the roster who can truly run an offense, while the optics of buying out Gibson would be terrible. As far as Ellington’s potential buyout, it hurts New York’s shooting but would open up a roster spot. Again, why weren’t the Knicks more active in moving players?

Maurice Harkless’ fit and potential role on the Knicks

In moving Marcus Morris, the Knicks got back Maurice Harkless, a talented forward who is a free agent at the end of the year. While his involvement in the deal was strictly financial, Harkless gives the Knicks a solid defensive payer who is also shooting 37.0% on threes. In short, the Knicks substitute Morris’ offense for Harkless’ defense, while having a solid shooter.

For the Knicks, he’s a solid role player who fills the cracks in New York’s roster. He works alongside each player on the roster because he can defend. A frontcourt trio of Kevin Knox, Maurice Harkless, and Mitchell Robinson makes sense because two of three can shoot while Robinson can protect the paint. It’s a lineup that the Knicks should look into.

And, you know, he’s from Queens, New York, and went to St. John’s. Personally, I would love for Harkless to stay on the roster after this season because of his ability to fill in the cracks.

With just 28 games left in another losing season, the Knicks not playing their kids upwards of 30 minutes a night is the biggest failure of the deadline. Not only do the Knicks need to see which players are worth keeping, but they need to figure out how to build their roster moving forward.

R.J. Barrett is still pushed as a starter, even though he probably shouldn’t be starting right now. We’ve discussed Robinson as a future defensive centerpiece earlier, but the likes of Kevin Knox, Frank Ntilikina, Dennis Smith, Allonzo Trier, and Damyean Dotson are just lost in the shuffle, and in some cases, won’t play at all.

This is a key reason why the Knicks shouldn’t give Mike Miller the head coaching job permanently.

On one hand, Knox, Ntilikina, and Smith are flawed players and feel like guys the Knicks should move on from this upcoming offseason. However, not playing them leaves uncertainty as to whether they can play in the league or not. The ‘Bockers selected—and traded for—these players with the intention to develop them and once again, declined to develop them.

These last 28 games will be a slog, largely because the majority of minutes will go to players who will play elsewhere next season.

The New York Knicks made very few changes and as a result, the roster will look largely the same. Without much to move in the buyout market, a current positive run of success and a head coach that doesn’t have much emphasis for playing the younger kids, the Knicks will look the same, and that isn’t a great thing for their long-term future.