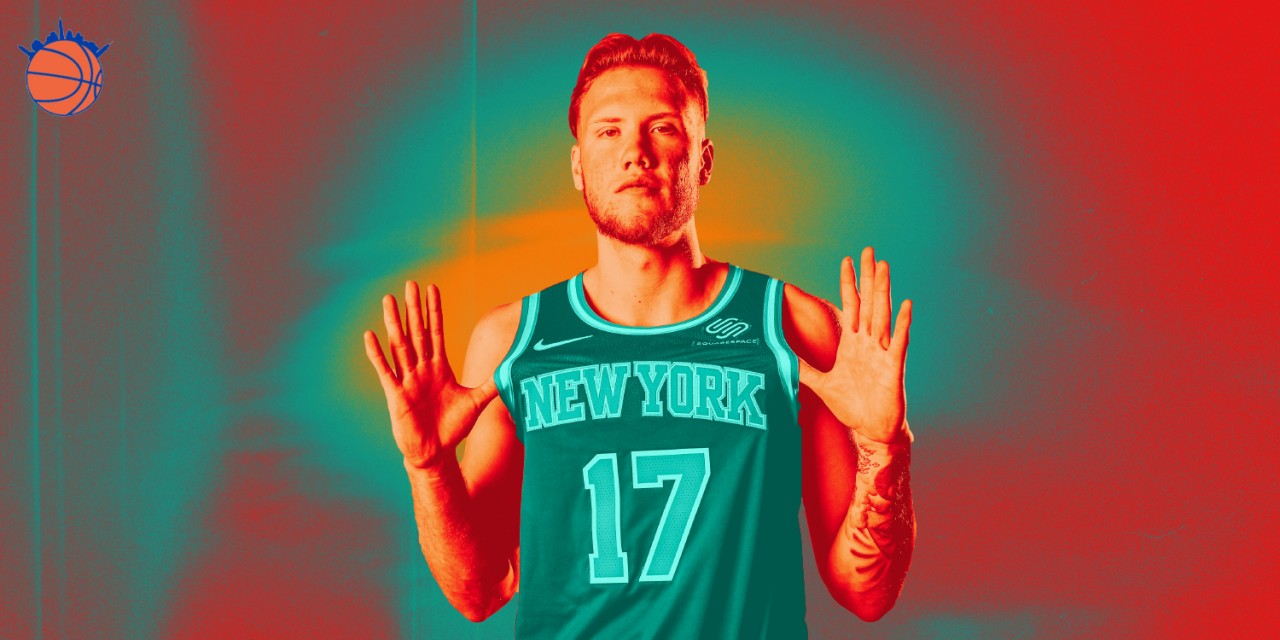 Knicks 2019 second-round pick-up Ignas Brazdeikis was left to mostly toil in the G League last season, but it’s time for a permanent call-up.

At the conclusion of last year’s Summer League good feelings were in the air. First-round pick and hopeful franchise cornerstone, R.J. Barrett, snapped out of an initial funk (courtesy of a calf injury we would find out later) to leave Las Vegas on a strong note. Second-round selection Ignas Brazdeikis was never in a funk, but instead a steady groove.

The Knicks traded up to select Brazdeikis 47th overall and the move looked like a wise one instantly. Brazdeikis proved to be a proficient scorer, a rarity in these parts, and proved he could score in a variety of ways.

Ignas Brazdeikis went off in the NBA Summer League for the Knicks:

An impressive Vegas run seemed to mean nothing to David Fizdale. Brazdeikis appeared in a single preseason game and played seven whole minutes. His fortune did not change in the regular season. Brazdeikis logged 53 court minutes in nine sporadic appearances, getting his longest run after the Milwaukee Bucks chewed the regulars up and spit them back out in a 132-88 shellacking.

Westchester was where Brazdeikis was allowed to spread his wings. While the Knicks could not find minutes for Brazdeikis, the DubKnicks were more than happy to have him in the lineup. Seeing real court time, Ignas Brazdeikis flashed those offensive chops he did in Vegas and showed out consistently. He finished the G League season with an impressive 20.9 points per game average and shot 50.1% from the field, including 34.4% from three.

His offensive foundation was solid prior to becoming a Knick and has only improved since then. Brazdeikis’ bread and butter is in the midrange—yes, those still exist—where he shot 54% from the floor. He has a patented little hop fader that could induce J.R. Smith PTSD, but given the results it’s hard to not like.

As solid of a midrange marksman as he is, if Brazdeikis wishes to crack the main roster rotation a reliable three-point shot is a necessity. Brazdeikis finished with a 34.4% three-point percentage, but it’s important to note that he ended the season shooting 36.9% after shooting around 31% after a bumpy December.

His improved shot helped everything come together towards the end of the season. Brazdekis’ showcase game came in a losing effort against the Long Island Nets. Result aside, the artist known as “Iggy Braz” came out to play.

The great thing about Brazdeikis is, like Barrett, he has no hesitation in his game. If he is open from deep, you can bet he is launching that.

All Iggy Braz does is get buckets pic.twitter.com/ndhf536a3n

The threat of him pulling from anywhere forces the defense to come out to guard him, and if they press too hard, sequences like this can take place.

He is big enough to absorb contact and has the shooter’s touch that Barrett sorely lacks. There is little doubt that Brazdeikis can survive in a NBA rotation, especially for a team that makes scoring feel like pulling teeth.

In his introductory press conference Tom Thibodeau talked about utilizing the G League to develop players not seeing enough minutes with the main roster.

“I think game-time is important,’’ Thibodeau said. “So if a young player is not getting the appropriate amount of time to develop, we’ll utilize the G League. That’s become an important part of our league. We’ll certainly take advantage of that.’’

Scott Perry foolishly looked at the G League as a demotion and believed practice and being on a main roster bench served a better purpose. It didn’t and if you doubt me take a look at Kevin Knox’s sophomore season as proof.

If Thibodeau wants to correct Perry’s glaring mistake, Brazdeikis can be his first success story.

Unlike Knox, who was relegated to the bench due to the numbers games caused by Perry signing a glut of wings last July, Brazdeikis saw meaningful reps. And while it may be a good idea for Knox to take a tour of the G League, Brazdeikis appears ready for more.

Two things about Brazdeikis that will endear himself to his new head coach are his I.Q. and work ethic. Brazdeikis developed a reputation for his diligent preparation and how astute he already is.

“For us, he brings basketball I.Q.,” Westchester Knicks coach Derrick Alston told Sports Illustrated. “He’s a downhill threat. Really good finisher. What I think he’ll bring to the [New York] Knicks is more of that. Really good in the open court, getting downhill into the rim and then he just has to be more consistent with his shot, but he’s a really good shooter.”

That I.Q. could be the key, along with Thibodeau’s tutelage to becoming a better defender. Brazdeikis was slowly improving on that end of the ball too, although he has some room to go, according to Coach Alston.

“I think that kind of a natural thing for him to use his length and his size and he’s a smart kid, he kind of knows where to be and how to bait guys into throwing his way so maybe he can get a hand in there.”

For a bench role that is more than a solid enough foundation for Thibodeau and his staff to work with. That 6’6”, 216-pound burly frame will allow Brazdeikis to be deployed at either forward position. If he could show improvement on the defensive end Brazdeikis has the potential to be a mismatch as a stretch four. His comfort in handling the ball could allow for a more uptempo bench mob, especially if guys like Dennis Smith Jr. and Knox can rediscover themselves.

Ignas Brazdeikis has the big city swag to handle any situation—and that confidence is clearly evident on the floor. He could play within the offense just as easy as he can initiate it. His a preexisting history with Barrett—who is also his teammate on the Canadian national team—was a big missed opportunity last season. The chemistry between the two was apparent in Vegas and never looked at further.

Iggy up top to RJ! The rookie connection is strong ?? (via @nyknicks) pic.twitter.com/2bViI9G5GV

It was just one of the myriad of fumbles under the Fizdale regime, player development trumping them all. Leon Rose brought in Thibodeau to fix that immediately and plans to fill Thibodeau’s staff with player development experts. What better way to set the tone than to champion that very development.

Iggy Braz has put in the work, now is time for his reward.

»READ: What to make of the Knicks’ Theo Pinson and Jared Harper additions 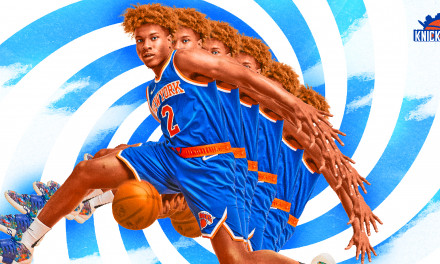 Deuce McBride Is Ready to Make an Impact 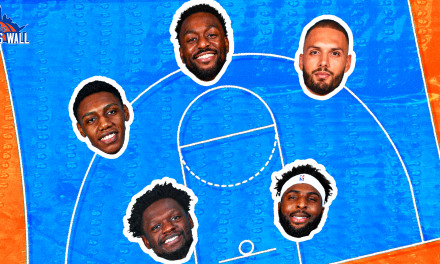