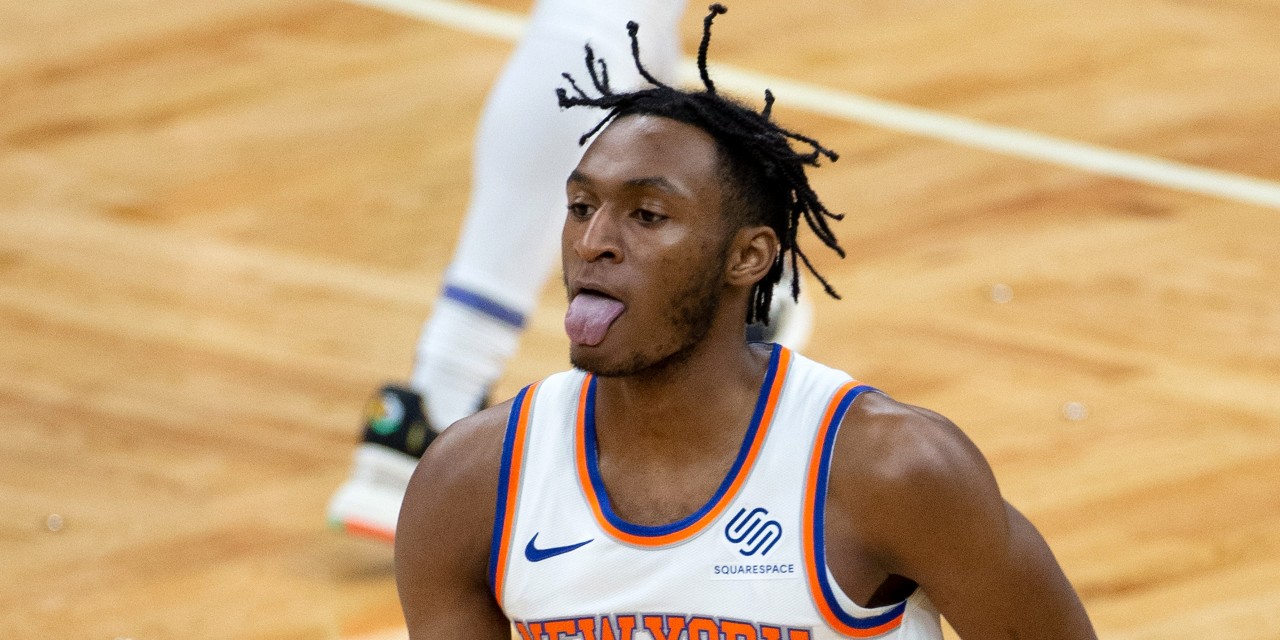 After surprising many as an instant contributor in his rookie season, Immanuel Quickley was named to the All-Rookie second team.

After Julius Randle received his accolades for his successful season, the New York Knicks saw another one of their talented players rewarded for their surprising season.

Knicks guard Immanuel Quickley was named to the All-Rookie second team. The former Kentucky guard averaged 11.4 points, 2.1 rebounds, and 2.0 assists per game. Though he shot under 40% from the floor, Quickley’s 38.9% shooting from the outside was not only instrumental in Tom Thibodeau’s “Bench Mob,” but the key for New York’s offensive turnaround and team shooting from the outside.

The Knicks’ selection of Quickley at 25th overall in last fall’s 2021 draft sparked slight outrage as the former Kentucky guard was viewed as a reach at that spot along with consternation surrounding the Knicks’ growing ties to the Wildcats. However, Quickley soon proved an invaluable part of New York’s rotation during his debut season in the NBA and found himself in the rotation for New York’s first round playoff series for Atlanta.

Whether the Knicks view him as a point guard or combo guard moving forward, one thing is for certain: Immanuel Quickley has successfully made the jump from college to the pros, and with a full offseason, Summer League, and a full preseason, the former Wildcat can only improve his game and continue to shine for the New York Knicks.