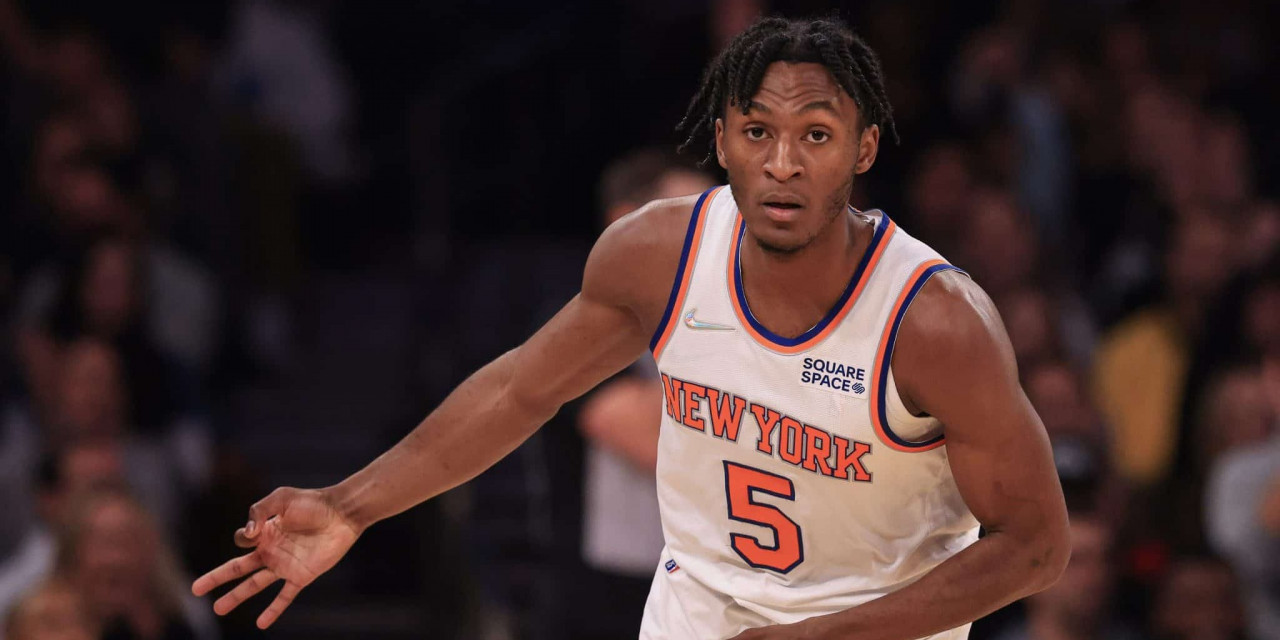 Immanuel Quickley brought the firepower off the bench as the Knicks snapped a losing streak in a win against the Pacers.

NEW YORK, N.Y. — With the New York Knicks’ bench unit continuing to play as well as it does, Tom Thibodeau didn’t really have much of a choice with his team down by five against the visiting Indiana Pacers entering the fourth quarter.

He decided to roll with Immanuel Quickley, Derrick Rose, and Obi Toppin.

“Just the way the game unfolds,” Thibodeau said of his reliance on the bench. “They had good rhythm going. They played well. They got the lead, so that’s how we approached it.”

The decision paid off. Once again, the reserves outplayed the starters and helped the Knicks break a three-game losing streak at home. One of the catalysts in the win was Quickley, who came through in the crucial moments for his team.

“He has the demeanor of a 10-year vet,” Knicks big man Taj Gibson said of Quickley. “You could tell by the way he comes to practice every day, he just is built for the NBA. He loves to practice. You have to kick him out of the gym. He’s easy to talk to, and he’s just ferocious when he gets out there. … I love playing with him. We trust him and we look forward to him making those big-time shots. We were kind of frustrated when he doesn’t shoot the shot. That’s how much we believe in him.”

Quickley made a bunch of big shots and plays to ignite the Knicks in their win on Monday night. He shot a perfect 4-for-4 from beyond the arc and was tied with Kemba Walker with a team-high 16 points. The second-year guard finished with a plus-minus rating of +20, the third-highest on the team behind Gibson and Rose.

Thibodeau was a big believer in Quickley since his playing days at the University of Kentucky.

“One of my assistants, Dice Yoshimoto, was at Georgia, and they played against him,” Thibodeau recalled. “He called me. I wasn’t coaching, I was just traveling around. He said, ‘Watch this kid, Quickley. He’s like all the small guards we had in Chicago. He hits every big shot for Kentucky.’ So, I started watching him. I called and asked about him, and they gave me the background on him. I didn’t know where I was gonna be, but he was someone that was going to be high on my radar.”

While IQ has been a sparkplug off the bench and one that can add a scoring punch, Thibodeau feels that he is more well-rounded than people think.

“He’s a very underrated defender, you know?” Thibodeau said. “He’s a fierce competitor, which I think really helps him. Sometimes, we have to reel him in a bit with his gambles, but he’s underrated. … He’s probably a better athlete than people realize, but he’s real shifty. He knows he can create separation and that’s what makes him so hard to guard. He’s not a straight-line guy, he changes speed.

“He always had the ability to draw fouls,” Thibs added. “You go back to college, he did the same thing. He’s not getting those calls right now, but he’s real smart, and he’s adapted. He’s playing through contact, getting fouled a ton, but hopefully, people will recognize it down the road.”

This season, Quickley is averaging 8.3 points through 17.0 minutes per game. Over the last five games, he’s averaging 13.0 points, 2.6 rebounds and 3.0 assists, while shooting 41.4% overall and 56.0% from deep. He’s been steadily playing more than the start of the season, averaging 21.4 minutes per game during this stretch, as opposed to the 13.6 per game he averaged over the first five games to open the season.

Whether his play will earn him even more playing time or a much bigger role moving forward remains to be seen, but he’ll look to build off of this performance in Wednesday’s game against the Orlando Magic. With the starting lineup still in a collective funk, New York could use more big nights from Immanuel Quickley.

“We have good depth and every night it could be someone different,” Thibodeau said. “This was a good solid win, but you can’t feel too good about yourself. Tomorrow, we got a lot of work to do. We have to be honest with ourselves, look at the film, continue to make corrections, and concentrate on our improvement.”

»READ: Where Does Alec Burks Fit In With the New-Look Knicks?