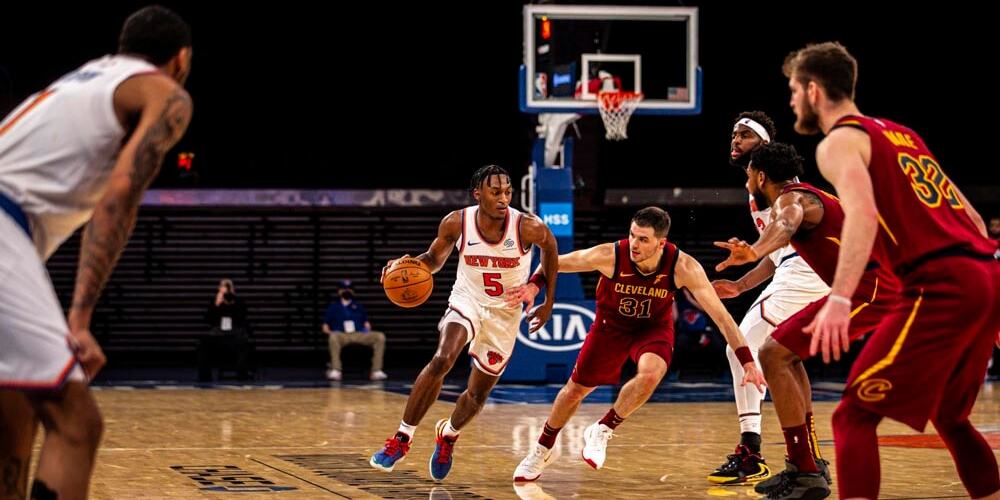 Rookie Immanuel Quickley led all scorers in a virtuoso Knicks preseason finale win over the Cavs on Friday in the Garden.

The New York Knicks defeated the Cleveland Cavaliers by the final score of 119-83, closing out the 2020 preseason. Rookie Immanuel Quickley finished with 22 points and five assists, while Kevin Knox finished with 20 points and 6-of-7 shooting from three-point range. With the win, the Knicks finished with a record of 3-1 in the preseason.

This game received a quick boost in the arm with the announcement of Quickley at the starting point-guard position, giving Knicks fans a glimpse of what could be the point guard of the future. Quickley’s insertion into the lineup gave the Knicks a boost, thanks to his ability to drive to the basket, space the floor, and defend on the perimeter. For the first time in a long time, the Knicks have a lead guard who could space the floor.

The game got ugly early. Quickley had his way with the Cavaliers’ guards while looking comfortable running pick-and-rolls early. Mitchell Robinson, in his second straight start, was active on the defensive end, using his size and length to pester Collin Sexton and the likes as they attacked the basket. What impressed early, however, was Robinson’s offensive rebounding, extending several New York offensive possessions.

New York got aggressive, while Cleveland looked forward to the regular season. As a result? We got some minutes for Jared Harper, Ignas Brazdeikis, Myles Powell, and Theo Pinson, which was the ultimate nail in the coffin for this game. We got several nifty passes from Julius Randle and Obi Toppin, eight assists in the first half between the two, and even the outside shooting (8-of-16 in the first half) was on point from the entire team.

With just four games in the preseason, it’s tough for New York and head coach Tom Thibodeau to establish a rotation, but outside of Austin Rivers, who missed every preseason game, each of the players who could be in the rotation has played at least two of the four games. Still, it was good to see New York win three of four games and it was good to see some players come to life and play well defensively.

We got a heavy dose of notes and things to consider as we move into the regular season. I won’t go too in-detail on rotation talk because, well, I’m writing about it for next week.

Immanuel Quickley had another good game, his second, heading into the regular season. I got two takes here.

IQ keeps it rolling with the mid air hesi pic.twitter.com/zKpJhBAPMA

Kevin Knox (20 points, 7-of-10 from the field, 6-for-7 from three) had two straight games of good shooting and looked energized on defense. While I’m still not sure how Thibs gets him consistent minutes in the regular season, Knox feels like the second floor-spacer on the court for New York. A lineup of Quickley, Alec Burks, R.J. Barrett, Kevin Knox, Mitchell Robinson is an example of a fine lineup that might allow Knox to thrive, thanks to his one fine skill being a weapon, but not relied upon.

ANOTHER KNOX CORNER THREE BROUGHT TO YOU BY BEAUTIFUL BALL MOVEMENT pic.twitter.com/xDOBIt71Bl

Brief thoughts on Obi Toppin and Julius Randle: In a down season, this a perfectly fine tandem for the power forward position and you saw some of that in this game. Both players are fine passers and that could help the offense as they work with a young point guard. Toppin is the better shooter, while Randle is a better overall scorer. There will be nights where both players will frustrate you, but it’s a fine group and tonight showed the upside of both players playing well at the same time – a consistent offensive threat and ball mover in the middle of the floor

Mitchell Robinson (eight points, 12 rebounds) should be the opening night starter against Indiana. The Pacers have some daunting big men—Myles Turner, Domantas Sabonis, and Goga Bitazde—but Robinson has put together two solid performances to close out the preseason. The defense has been there, the rebounding is still a question mark, and his propensity to pick up ticky-tack fouls is still there. Still, he’s 22 and you have to ride the hot hand.

New York’s outside shooting is still a concern, and will probably be one of the rest of the season. The Knicks simply don’t shoot enough threes for a modern NBA offense. Tonight, they knocked down enough of them, nailing 15-of-29 threes tonight. However, averaging under 30 threes would put them 28th if placed amongst 2019–20 averages. Thibodeau is stuck in his way, but I want to see New York launch more threes.

Some preseason debuts! Brief thoughts: Jared Harper (10 points, 2-for-4 from three) brought the energy and offered some good spacing alongside Quickley. Theo Pinson (19 minutes, four points) played good defense, and that’s about it. Bryce Brown and Myles Powell (five combined minutes) didn’t get much of a chance, probably G League bound. Ignas Brazdeikis didn’t do much offensively, but four rebounds, two assists, and a block suggest the Knicks shouldn’t give up on him. 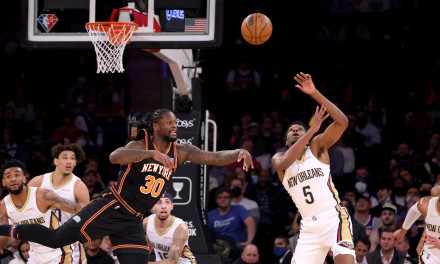 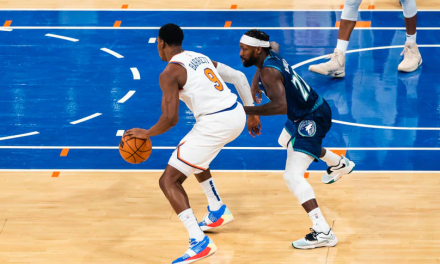 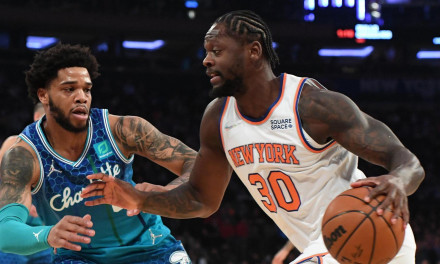