The Importance of Derrick Rose and Point Guard Play 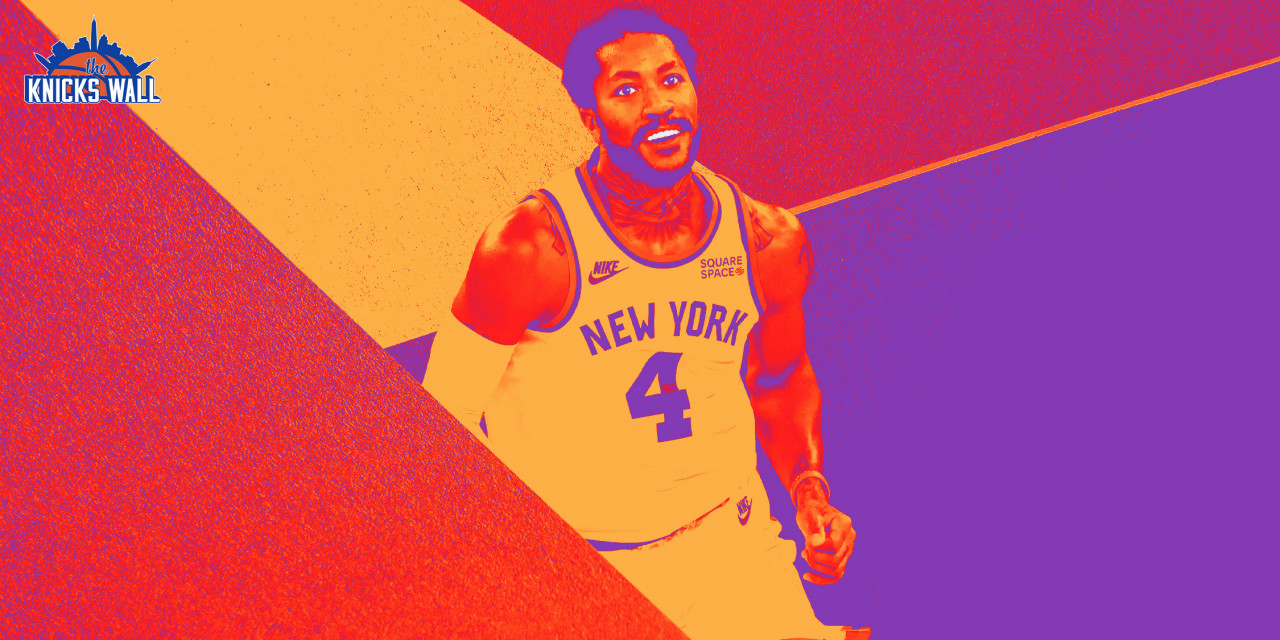 With Derrick Rose sidelined, Tom Thibodeau will have a crucial decision on who gets to play in the backcourt. Could it be the younger guards for a change?


The starting point-guard spot for the New York Knicks has been a turnstile through the first 31 games of the year with five players having tried their hand as the orchestrator, none of whom have had any sustained success.

Head coach Tom Thibodeau seemed content to be playing point guard by committee up until recently, with Alec Burks getting six consecutive starts as the main guy. This has slowly dwindled in terms of effectiveness, while Julius Randle has been the designated distributor in the halfcourt offense for significant portions of games.

As a result of such turnover at this position especially, the team performance has fluctuated. More so offensively is this disjointedness acute, evidenced by regular lowly assist tallies.

While external moves by the front office could be made to rectify this issue, the solution may be in-house in the form of Derrick Rose and other Knick guards. All four bring positive qualities to the table.

Rose, 33, was the catalyst for positive change after being acquired from the Detroit Pistons partway through the 2020–21 season, and anything resembling point guard play from any number of Knicks could have the same impact.

Rose’s counting stats are down in some categories in comparison to his 35 games with the club last season, plus a slight drop in efficiency, but he has still been a net-positive player. The Knicks are 13.6 points better per 100 possessions when Rose is on the floor compared to off, the third-best of New York’s rotational players and behind only second-year players Immanuel Quickley and Obi Toppin.

Outside of the analytics pointing to Rose making New York a better basketball team when he is on the hardwood, the raw skill set and abilities Rose possess highlight his importance. An issue New York has faced this season, specifically in terms of guard play, is the lack of any consistent ability to penetrate the lane and get all the way to the basket to score or create for others. Unfortunately, for the Knicks, Rose is sidelined six-to-eight weeks after undergoing surgery on his ankle on Wednesday, the team announced.

Quickley has spent large portions of the season off the ball, having played only 26% of his 633 minutes this season at point guard, per Basketball-Reference, despite being groomed as one throughout the offseason. He showed during the Las Vegas Summer League that he can orchestrate an NBA offense and, this season, despite decreased time as a lead ball-handler, has increased his assists per game, even if only ever so slightly.

There is also a sophomore-to-sophomore connection with Quickley regularly finding Toppin. Playing the Kentucky product as a lead guard could lead to the Dayton product becoming more involved in the offense, which many have been clamoring for.

Rose leads the team at 9.6 drives per game while also leading New York in field goals made (2.4) and attempted (4.6) on drives, good for 5.7 points per game on a 52.9% conversion rate. Furthermore, he is tied for the team-high in his assists on drives, but his turnover percentage is the best of all New York point guards, which speaks to his level-headedness in the paint.

With Kemba Walker back in the frame, this is perhaps where he can be of most assistance to the Knicks. Walker has looked slow periodically, especially on defense, however, he has still wowed crowds with his herky-jerky dribble moves which allow him to breeze past defenders.

The Bronx native has looked quite comfortable in the pick-and-roll in his two games back, getting to the bucket for layups or finding the open man, both in the paint and on the perimeter, shown in his 1.1 assists off drives this season, the best on the team.

Miles “Deuce” McBride may be on the fringe of the rotation, but he made a compelling case for rotational minutes through his clinical performance against the Rockets in Houston. The rookie guard was able to get to the rim and finish beautifully with his left hand while he took over with his precision passing in the final frame.

In the limited sample, McBride was a quintessential point guard and New York looked in good stead when he had the ball in his hands.

The consistency in which Rose can collapse defenses, like what Walker has done recently, means nothing but good things for the rest of the team. As soon as the first line of defense is breached, the opposition is playing catch-up from one rotation behind, resulting in better quality shots, something New York needs in spades.

RIDICULOUS dime from Derrick Rose, Grimes now with 13 points in the half pic.twitter.com/02ovRfHQqJ

Rose has become a more-than-capable three-point shooter. He is currently hitting over 40% of his long bombs on 3.5 attempts per game and he has become versatile when it comes to shooting the ball. 38.2% of his pull-up three-pointers (1.3 attempts) are going down, which leads the team, and he is sinking 42.6% on catch-and-shoot threes (2.2 attempts), which ranks in the top fifth of the league when it comes to those taking more than two per game.

Kemba Walker still needs little to no airspace to let it fly and the moment the defense loses focus, Walker will make you pay. He is averaging 6.5 points per game on pull-up jumpers which leads the team and is tied with Rose at 38.2% on pull-up threes, but Walker is taking 3.8 of them per game.

This is another area where we have seen Immanuel Quickley excel. The sophomore is sitting just behind Rose and Walker with a 37% clip on 3.2 pull-up threes per game, however, of all three guards, he is least worried about where the line is and will fire away from well beyond if left alone.

Considering Thibodeau has three threats in this situation, it makes you wonder why more screen-and-roll action isn’t run. Rose, Walker, and Quickley will all happily let it fly if their opponent tries to cheat under the screen, and as the numbers show, they will make you pay.

McBride has thus far hit four three-pointers in his career, three of which have come off the bounce. He was a 41.4% shooter on close to four attempts per game from three-point range during his sophomore season at West Virginia, illustrating his proficiency from long range.

While Rose is no world-beater on the defensive end, he is reasonably equipped and serviceable. He is Thibs’ guy, and no doubt has a familiarity and a comfort level with the schematics and tendencies of his long-time coach’s defense.

Quickley, like Rose, features in some of New York’s most ruthless defensive units and despite his offensive struggles, it is on this side of the ball where he has made a mark and earned minutes. The 22-year-old relishes pestering opponents for 94 feet and is a hive of activity and chaos on the defensive end, always playing with contagious energy.

McBride has followed suit. In his performance against the Houston Rockets, it gave a real hint as to what the former Mountaineer is capable of. He defended the length of the floor, not losing focus when guarding opponents off the ball and thus stifling many Rockets’ possessions which lead to his own easy scores.

The rookie has had two opportunities at the NBA level, and he has gone two-for-two. The 36th pick in the 2021 NBA Draft has not looked out of place in his last two outings, one of which was against the league-best Golden State Warriors.

The Knicks have been crying for some contemporary point guard play: someone who can break down a defense to create scoring opportunities while being able to stretch the floor and pester opponents defensively. All of those skills lie within one guard or another on the roster.

While Rose has shown his significance, it also shows the value in true lead guards, meaning the Knicks need to start looking ahead and to further develop their own guards in Quickley and McBride, with Walker acting as the bridge between the two timelines while Rose is recuperating and the kids exit COVID-19 health and safety protocols.