In an Era of Positional Versatility, the Knicks are Building an Anti-Versatile Team 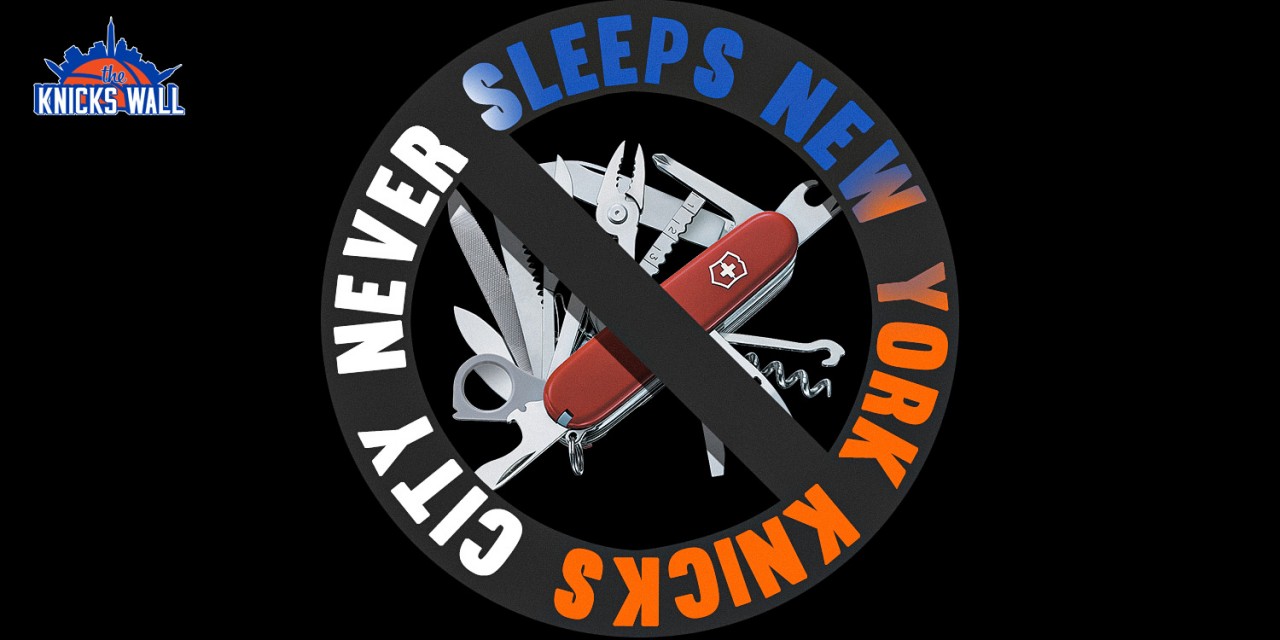 The Knicks are sorely lacking in versatile players, both positionally and not offering two-way readiness. Only two come to mind in Immanuel Quickley and R.J. Barrett.

It’s a commonly heard refrain: “the NBA is a copycat league.” And that’s true, for the most part. Teams that win at the highest levels are emulated, both by rivals attempting to take them down and by young teams trying to find an identity to build around. The “Beautiful Game” Spurs, for example, helped give rise to the style of play that allowed the Warriors to break a seemingly unbreakable regular-season winning record two years later. This, in turn, directly or indirectly led to the Rockets’ mega-small-ball experiment, and the entire Trae Young era Atlanta Hawks team-building ethos.

And yet, for every team queuing up to try to out-Warriors the Warriors, there are one or two others that decide to zag instead of zigging. An obvious example is, once again, the Spurs. The architects of what could be considered the predominant style of play in today’s game, when forced to give up Kawhi Leonard for pennies on the dollar, ended up building an entire offense around mid-range masters/defensive question marks DeMar DeRozan and LaMarcus Aldridge, eschewing the three-point shot almost completely, save for random long-ball bombing from Patty Mills and Bryn Forbes. This new yet archaic offensive system brought them one last gasp of playoff air before their record 22 straight postseason appearances was broken this past season. Coincidence? I think not.

Wait, did someone say archaic offensive systems? What a perfect transition to talking about the Knicks! Since accidentally stumbling upon a dual point guard, three-point heavy system in 2013, which led to the team’s single most successful season in 16 years, the Knicks have done an abrupt about-face, falling deep into a crevasse of isolation mid-range gunning, while cycling through a serious of progressively worse ball-dominant players.

But while the Knicks’ three-point issues have been beaten to death at this point, there’s another area in which they seem to be completely bucking modern trends, and it’s part of the reason their teams in recent years have struggled so much in basically every facet of the game.

Immanuel Quickley made himself at home at The Garden 👀 🍿

Most importantly, pushed the pace and found Obi, Mitch, and Knox for lobs to help open up the offense during the comeback.

If you look at the successful teams in the league over the last few years, there’s one thing all of them have in common: versatile players who can play both ends of the floor and function in different roles while doing so. With such an emphasis on switching and shooting, as well as the increase in head-hunting bad defenders in the playoffs, matchup-proof players who don’t take anything away from a gameplanning perspective have become a premium commodity in the NBA.

Unfortunately, over the last few years, the Knicks have taken the exact opposite approach, drafting and signing a cornucopia of players with highly specific, often one-way skill sets who need perfect situations around them to thrive. Let’s take a look at some of the players on this year’s roster with an eye towards this dilemma.

(Not included are Omari Spellman, Myles Powell, or Ignas Brazdeikis, as none of the three are likely to get minutes or even necessarily stay with the team for the upcoming season.)

As we can see, there are only a couple true two-way players capable of guarding multiple positions on the roster. One of them is a rookie who has played just over 30 preseason minutes, and one is a second-year player whose unique game requires near-perfect conditions to build around (conditions the Knicks seem hell-bent on ignoring if not downright sabotaging).

There are three other players who nominally fit the bill: Burks, Bullock, and Rivers. Alec Burks has always been more of a scorer than a defender, but over the last few years he’s put in more effort on the less glamorous end of the court. Bullock has a reputation as a two-way player, but with his skinny frame and lack of burst, he struggles with both stronger and quicker wings. But both wings stand between 6’6-7″ with around a 6’10” wingspan and have shown willingness to fight on defense. Rivers isn’t my favorite kind of offensive player (the last thing this team needed was another ball-stopping isolation player), but he probably deserves more credit as a defender than he’s gotten in his time in the league.

The problem is Burks and Bullock are both likely not long for the Knicks. Even if they don’t get moved at the deadline to playoff teams that want a wing shooting boost, both are 29 years old and on one-year deals, making it unlikely that they factor into the team’s long-term plans. Which brings the number of two-way, versatile players the Knicks seem to be building around down to three, including 28-year-old Austin Rivers, who was signed this year to a very reasonable three-year deal.

Now, it’s fair to bring up the fact that Knicks are nowhere close to the playoffs. Right now, the important thing is just getting some guys who can actually play basketball, and if they fit around Barrett, all the better. This was clearly the mentality in drafting 22-year-old college Player of the Year Obi Toppin and 21-year-old SEC Player of the Year Immanuel Quickley, and it’s a reasonable stance to take.

It’s worth remembering, for as much as we all enjoy piling on Randle, that he won’t be here forever. Next season, his contract is guaranteed for four million dollars, small enough that it wouldn’t be shocking to see the team decline or trade it. That would mean one fewer one-way player and would (hopefully) give more chances for Toppin to space the floor for Barrett and Robinson.

But even with that caveat, this is a team-building issue that must be monitored moving forward—not just because the Knicks should be looking to emulate more successful teams, but because of the player to which they’ve chosen (for now) to pin their hopes. Barrett is a genuinely impactful player who has shown much more feel as a passer and defender than he got credit for both as a prospect coming out of Duke and following his up-and-down rookie year. However, his unique blend of skills, combined with the still very real holes in his game, require players who can easily fit in different roles and systems around him.

Grab some ☕️ and enjoy RJ and Quickley highlights ⬇️pic.twitter.com/1Ccpmma3EJ

This was part of the reason so many Knicks fans were in on Devin Vassell as the eighth overall pick leading up to the 2020 draft, and though Leon Rose and Scott Perry opted to go a different direction, that need is still there. Given that Barrett could play minutes at the point guard or the power forward spot, and every position in between, having versatile wings and guards around him that can shoot, make quick decisions, and defend up and down the lineup is going to be crucial in optimizing their highest draft pick since Patrick Ewing.

It’s early, and his performances have come against some of the very worst the NBA has to offer, but Immanuel Quickley seems like he could be one such player. There’s still hope that if Ntilikina can at least become a catch and shoot threat, he could be another, but we’re now on year four of waiting for that development. For as talented and complementary as Toppin and Robinson seem to be as a frontcourt pairing, they don’t really fit that bill either. This is part of why it’s so frustrating to watch coach after coach prioritize playing Payton and Randle together—two players who, both individually and as a pair, represent the exact opposite of what Barrett needs.

Finding your own identity as a team is crucial, and it’s something Rose will be attempting to do over this season and in the seasons to come. You never want to just blindly follow the herd, especially if you don’t have the personnel for it. But if the Knicks are ever going to build a winning team around their current crop of youth, they need to step back from Scott Perry’s preferred type of player—that is, the offense-first, -second, and -third chuckers who have made up so much of his past few rosters—and start looking for versatile players who can shoot, defend, and most importantly, be trusted to make smart decisions. Quickley, in Wednesday’s comeback win against the G League version of the Cavs, showed just how impactful making quick decisions with the ball can be.