In Defense of David Fizdale, Sifting Through the Coach’s Burdens and Successes 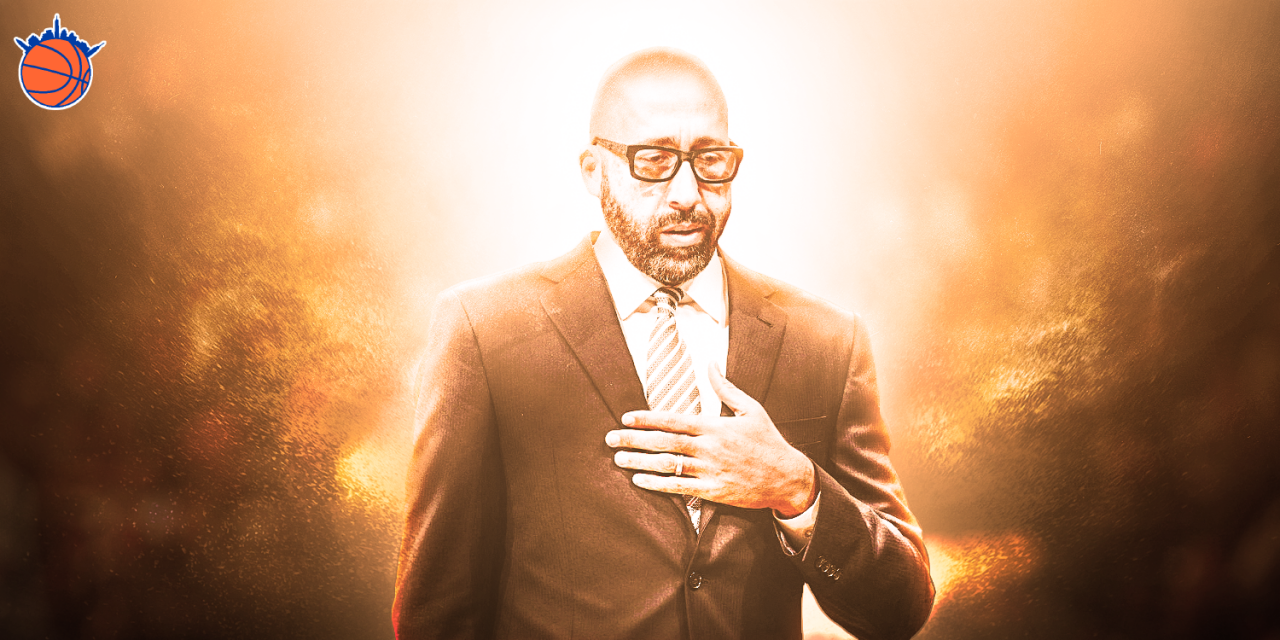 The Knicks’ first-year head coach David Fizdale has overseen a truly terrible basketball team. How much of it is his fault, and how much credit should he get for the success stories?

With Wednesday’s loss, the New York Knicks are much in the same place as they were in December. So far, they’ve only notched one win for the month of January and are in the midst of a seven-game losing streak. Their last win came at the expense of a shorthanded Los Angeles Lakers team during the 1-6 road trip. The subsequent homestand has been fairly sour, especially with a heartbreaking, last-second lost to the Washington Wizards in London and a similar close loss to the Rockets. The only saving grace was preventing James Harden from breaking Carmelo Anthony’s 62-point Garden scoring record

Someone’s gotta take the heat and, if the PR campaign over the last two seasons is any indication, it won’t be Scott Perry. It’s the man choosing the starting lineup, making the substitutions, and the multi-year, multi-million dollar salary. If he ever feels the need to complain to his higher-ups about the ribbing he gets for his poor roster’s poor play, Perry and Co. need only refer Fizdale to Don Draper’s famous quote, “that’s what the money is for.”

Still, everyone is in search of answers. The Knicks were projected to be awful, but not 10-36 through the middle of January awful. In defense of David Fizdale, expecting anything different than what he’s done for the team isn’t realistic. Truthfully, he’s done things it’s doubtful another coach could.

The veteran they’d hoped to add before the season began never showed up, and Joakim Noah, a candidate for the position, was let go. At least Jeff Hornacek had the benefit of has-beens and a rising Kristaps Porzingis. Fizdale has neither a star rookie nor All-Stars on the downslope. He’s had lottery busts and never-beens. From the jump, Fiz was outfitted with a team perfect for tanking and has been improvising to scrape out the few wins he has.

Although it’s been tough from the onset of the season, he’s had a few wins.

Specifically, Fizdale can be partially credited with Emmanuel Mudiay’s resurgence. This season, Mudiay is averaging 14.7 points per game on 45.4 percent shooting, 3.9 assists, and 3.1 rebounds. Those are career-highs in points per game, field goal percentage, and rebounds per game. It’s unlikely Mudiay ever becomes the star his hype once suggested, but he’s proved he’s an NBA-caliber player thanks to his own hard work and empowerment by David Fizdale.

Knicks coach David Fizdale gets ejected. yells "Fuck this , what the fuck are you doing? " pic.twitter.com/BZZc2Wbg8c

Another reclamation project who has appeared to be more of a sure thing is power forward Noah Vonleh. Early in the year, it was obvious he outclassed incumbent forward Lance Thomas, but Fizdale’s fast-paced style has reinvigorated Vonleh’s strengths, which would have been lost in Hornacek’s antiquated traditional roles.

Vonleh’s lacking in traditional big man skills, but he’s a strong ball handler and is efficient whenever he finds court action. He’s averaging a career-high in pace at 102.55 and the highest usage he’s had since his rookie season at 14 percent. These subtle changes may have facilitated his growth. He’s averaging a career-high 8.5 rebounds per game, 2.0 assists, 0.8 steals, 0.9 blocks, and a 40.2 percent three-point field goal percentage (per NBA Stats).

Fizdale has been a great help to both Mudiay and Vonleh in a season where losing was the only thing on management’s mind. The Knicks had development in mind when they hired Fizdale, and it appears he’s helped up his end of the bargain, although second-year player Frank Ntilikina hasn’t worked out.

Ntilikina’s Struggles: Not the Coach’s Fault

The old adage, “there are no bad students, just bad teachers,” can be relevant in a field where the athletic talent is among the best in the world, but sometimes, in specialized fields, things aren’t as simple as feel-good quotes. Fizdale has employed a number of different methods to jumpstart Ntilikina’s career.

Chief among Fizdale’s techniques to get Ntilikina going was his unceremonious benching. With the guard not playing consistently well through his first 20 games, Fizdale elected to bench him. The benching lasted three games, and afterwards Ntilikina scored double digits in back-to-back games. His “good” streak lasted three games total, wherein he went 3-for-6, 7-of-11, and 6-of-13 from the field, respectively. The 53 percent field-goal percentage was far above his season average of 34.4 percent (via Basketball-Reference).

The notion that Frank may fit well at a position other than point guard has been explored by Fizdale, too. His stance on position-less basketball was made known early in the season, and he’s utilized Ntilikina’s lankiness by playing him at shooting guard 34 percent of the time, up from 29 percent for the 2017–18 season. He’s played sparing minutes with starting point guard Emmanuel Mudiay, but he’s found success while playing with supplement wing players. The Ntilikina-Hardaway-Dotson-Vonleh-Robinson lineup boasts an 8.1 Net Rating in 94 total minutes. It’s a modest sample size, but Ntilikina’s ambiguous build and strong defense could be the crux that makes wing-heavy lineups successful.

Whether you’re looking at the numbers or using the eye test, Frank Ntilikina has been closer to a disaster than a success this season—but Fizdale keeps on trying. He’s given Ntilikina consistent minutes this season when he’s played. He’s averaging 21.5 minutes per game and, in this meritocracy, it may be more than he deserves.

Fizdale has even gone so far as to cement him in as the backup point guard according to the Daily News’ Stefan Bondy. This announcement was less about Ntilikina being dubbed the inferior point guard, and more about his place ahead of Trey Burke. Burke, like Ntilikina, has struggled, and is averaging 11.1 points per game on 40.3 percent shooting, 2.8 assists, and 2.0 rebounds in 29 games. As bad as that is offensively, it’s still an improvement over Ntilikina, whose defense has only recently rebounded to an acceptable level.

Fizdale isn’t a miracle worker, but he’s shown time and time again that he’s willing to develop one of the most challenging project players in the league.

Is David Fizdale on the hot seat? No. He wasn’t put into a position to succeed, nor was he hired for that reason. Fizdale was selected to help the Knicks rebuild, and he’s done just that. The individual development of Vonleh, Mudiay, and his persistence with a struggling Ntilikina are merits for the young coach.

Even as a coach, Fizdale is still working through the kinks, so expectations need to be tempered with a realistic metric: growth. The Knicks have been a revolving door for players and coaches for half a decade. Perhaps Fizdale deserves credit for doing so much more with much less than his predecessors.