Is Cam Reddish Locked Into the Knicks’ Rotation at This Point? 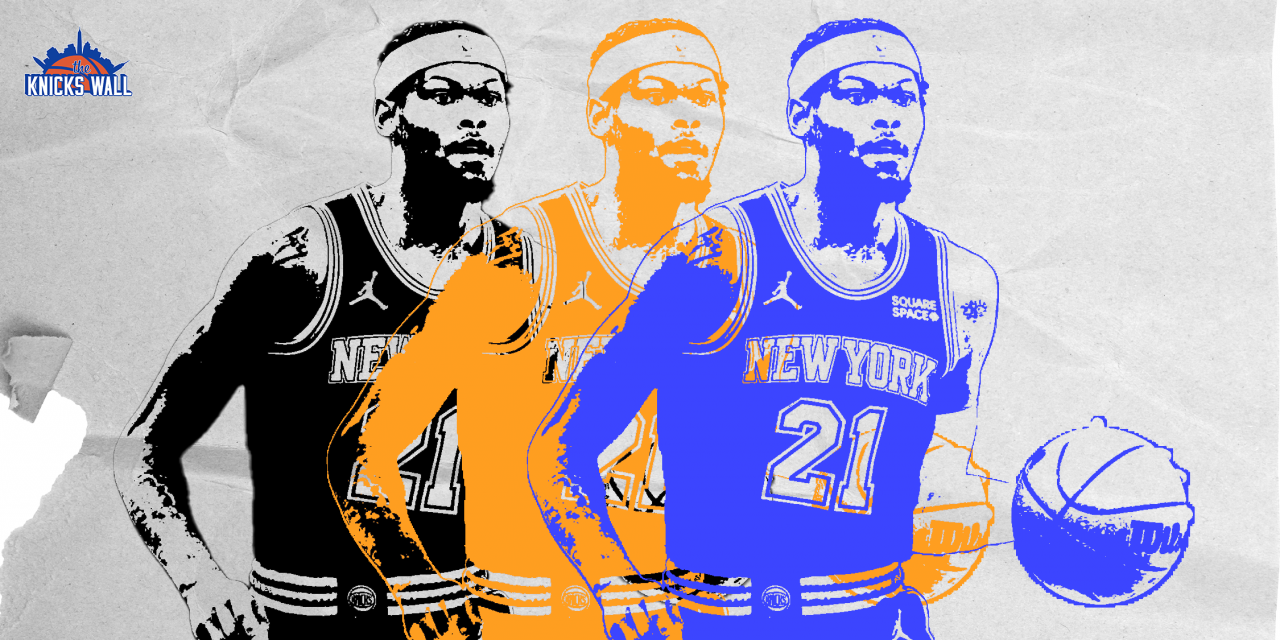 With several injuries and rotational shakeups forcing the Knicks to move pieces around, it seems like Cam Reddish is finally receiving consistent playtime.

The Cam Reddish saga has been a frustrating one for New York Knicks fans thus far in the season. Once the trade that sent the disgruntled 2019 lottery pick from the Atlanta Hawks to the Knicks was announced, expectations were high for Reddish to join the bench unit and become an integral role player to the team.

The results have been anything but that, however. Head coach Tom Thibodeau is stringent with his rotations, and let it be known from the onset that Reddish was not a lock for playing time. Sure enough, in his first seven active games with the team, Reddish saw a total of just over 20 minutes played over three games. Functioning as a garbage time fill-in to close out already-decided games, it quickly became obvious that there was no easy way for Reddish to get into this rotation and prove himself—ironic in that Thibodeau often says players need to prove themselves on the court to earn minutes in his rotation.

Reddish’s first game with over 15 minutes played finally came on February 7th against the Utah Jazz, nearly a month after he was traded to the Knicks on January 13th. This came as a byproduct of Kemba Walker and Quentin Grimes both being injured. Luckily for Reddish, the injury bug kept coming after Knicks like the two aforementioned and RJ Barrett, allowing him double-digit minutes played in all games since but one.

Reddish hasn’t shined the most with his minutes, but has definitely done enough to show promise should he keep playing. Playing 14.2 minutes from the game against the Jazz through last week’s game against the Miami Heat, Reddish has averaged 5.9 points on just 35.7% from the field and 28.6% on two three-pointers attempted per game.

His offensive profile is often frustrating, as he has a bad habit of forcing himself into bad situations with the ball. This results in errant shots that make everyone involved scratch their heads. Take the below, for example, against the Thunder on Valentine’s Day. Rather than pass to a cutting Julius Randle as he gets into the paint, Reddish throws the ball up toward the hoop into double coverage and immediately gets it swatted back at him.

When his game is firing on all cylinders, though, he’s shown that he could have a real future in New York. In the win against the Golden State Warriors on February 10, Reddish had his best game as a Knick to date. He scored 12 points on 4-for-8 shooting from the field and made one of his three triples attempts, to go along with three assists and two steals.

Cam Reddish with 9 points on 4/5 from the field, taking advantage of his minutes tonight pic.twitter.com/s3nvFnlh07

What Reddish has done most impressively with his playing time is show a knack for reading passes in advance on the defensive end. Often viewed as a defensive liability, Reddish was questioned as a fit on a Thibodeau-led team given his penchant for defense first. Well, over the past seven games, Reddish has averaged a steal per game, and his steals often lead to easy fast-break buckets.

This is the sort of thing Cam does often that the Knicks could really use. Don’t let your opponent get comfortable pic.twitter.com/VNtlG1CNeC

When the Knicks struggle to find scoring from their bench, as they often do, someone with Reddish’s tenacity can help turn an offense around with easy buckets like this to shift the momentum. So going into the All-Star break as losers in eight of their last 10 games, when Thibodeau said “Everything is on the table now,” it was easy to dismiss the statement knowing his natural stubbornness.

The big news to come, though, was that Kemba Walker would be sitting out the remainder of the season. Presuming Derrick Rose would take his spot upon his imminent return from injury, there were no assumed rotational changes—especially any of the type to allow Reddish more minutes.

More playing time will come for him, though, but not for reasons fans should be happy about. Rose needed a second surgery due to a stemming leg infection, and Quentin Grimes suffered a dislocated patella in the first game back against the Miami Heat on February 25th. Rose’s return is now unknown, and Grimes will be re-evaluated after 2 weeks. So for the time being, there are minutes available for Reddish to take.

In the two games since these injuries were announced, his minutes are on the rise. Reddish played 16 minutes and scored six points in Sunday’s contest against the Sixers, and then played 22 minutes with seven points and two steals against them on Wednesday night. He was trusted deep into last night’s contest, remaining in the game for the entirety of the fourth quarter.

Knowing how Thibodeau handles a rotation, it’s impossible to tell whether Reddish is an actual rotational lock at this point. Given his propensity for sticking with his favorites regardless of performance, it’s entirely possible that he pushes Reddish back to the bench should either Rose or Grimes return healthy this season. Especially since he seems to be pushing for a play-in playoff spot rather than lottery odds.

With the time Reddish has left to impress—as frustrating as it is to say—he’s simply going to have to do even more on the court to earn his keep. He’s been tame on offense thus far, really acting as the third or fourth player to touch the ball. He’ll have to become more assertive asking for the ball and creating on that end of the floor. When it comes to defense, he’s done a lot to shed the reputation of being unwilling on that end. As long as he keeps that up, Thibodeau’s hand would have to be forced into making him a key role player on this team to ramp up for seasons to come … right?

»READ: Does Tom Thibodeau have long in New York?