Is David Fizdale Living Up to His Defensive Mantra? 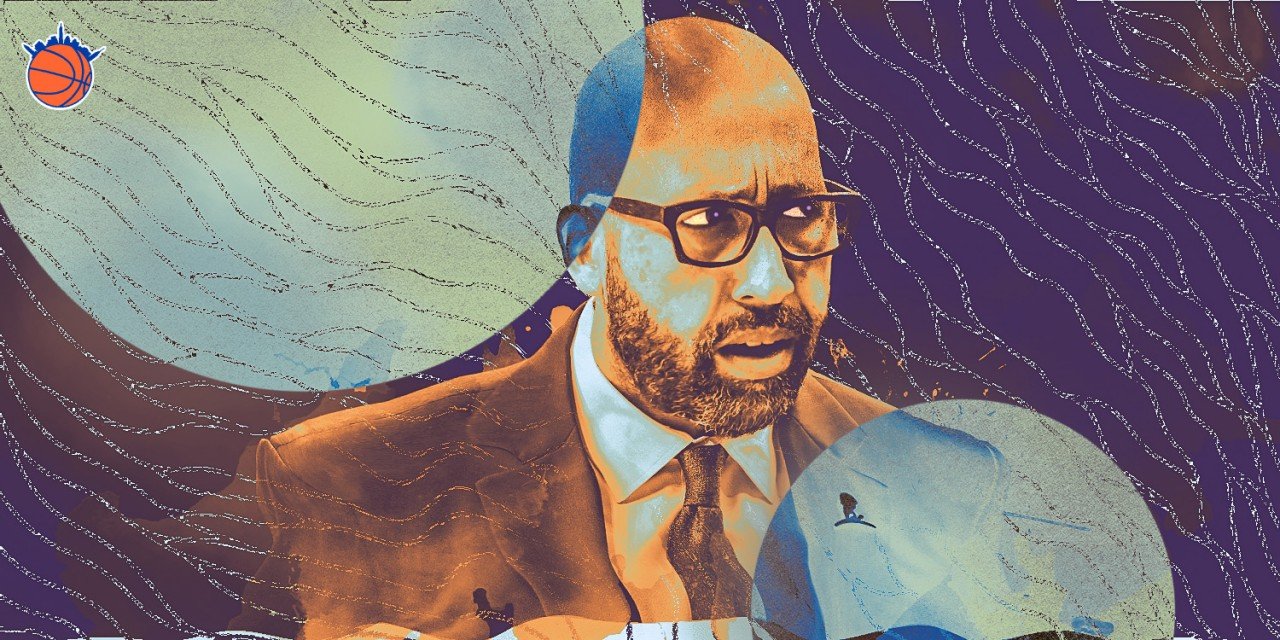 The Knicks coach preached establishing a defense at the beginning of the season, but now David Fizdale says the team doesn’t have the players to form an intimidating presence on the defensive end.

In steps head coach David Fizdale, who was an assistant coach on the Miami Heat when the team was dominant on both ends of the floor during the early 2010’s, and had a season at the helm of the “grit-n-grind” Memphis Grizzlies under his belt as well. The gulf in talent between those teams and this group of Knicks players is so large they’re barely the same sport; it’s no surprise that Fizdale is looking to add better defensive players (per the NY Post):

“Our defense won’t really, really get to where it’s at until we start really filling in the gaps with the type of guys we think can take our defense to the next level.’’ Fizdale said. “Add maybe another forward defender or another perimeter defender that has a reputation for that. Those kind of guys are the ones that elevate your system to the next level.”

Wow, a coach wants to play better defense. That’s not something every coach says all of the time, constantly.

Maybe Fizdale should take a look at what he has before looking elsewhere. Fizdale’s lineup choices have flown in the face of everything he’s said regarding defense this season—from an early desire to “establish a top-ranked defense, a fast defense, a disruptive defense, a versatile defense, a loud defense, that sparks offense, and gets us into the open court,” to these recent comments (NorthJersey).

Enes Kanter started more than half the games he played with the Knicks this season, and DeAndre Jordan has started in all 19 games that he’s played in since arriving around the trade deadline. Rather than listing their respective defensive ratings, I’ll trust you have eyes.

Kanter was a turnstile, and Jordan is a statue.

But who’s that on the bench? Mitchell Robinson, a 7-1 rookie who’s averaging 2.4 blocks a game and setting team records left and right.

When the season began, Robinson hadn’t played organized basketball in over a year. Fizdale understandably kept him on a shorter leash. With the season all but over, there’s no reason not to play him until he fouls out.

Robinson looks to be a prototypical rim protector and is still quick enough to hold his own on the perimeter. Even if he often fouls out, he’s still a vital defensive cog.

Which their potential lockdown guard should be, too. Instead they seem intent on shipping him out of town.

Frank Ntilikina has been bad this season. His offensive game is nearly nonexistent, and any time he seemed to string a few good games together, he inevitably got hurt. But at 6’6″ with a 7-1 wingspan, Ntilikina has the body to be an elite defender, and in his rookie season he was already one of the best players in the league at guarding the pick-and-roll.

Seems like it would make sense to try to develop his offensive game while getting the most of what he can do on the other end of the floor. The end of the floor that you keep saying is so important.

But alas, the Knicks seem eager to move on from Ntilikina—and if they won’t put him in position to succeed, it’d be the best thing for him to start over in another organization where he’s wanted. He still won’t turn 21 until July.

Talk all you like, but having Emmanuel Mudiay start 41 games—even in a supposed development (a.k.a. tanking) season—says more about your commitment to building a culture around defense and accountability than your quotes to the media. The only Knicks with fewer defensive win shares than Mudiay are Jordan, 19-year-old Kevin Knox, and Isaiah Hicks, who’s played fewer than four minutes for the team this season.

Fizdale isn’t wrong. The Knicks do need to get better defensively, and they will need to bring in better defenders to reach a competitive level. However, these pleas ring hollow with a season’s worth of evidence indicating he wouldn’t play them if he had them.

Undoing the reign of Phil Jackson seems to be the organization’s primary goal. Trading away Ntilikina would close this chapter, and maybe come next season Robinson is starting at center. It’s possible that this entire season was lost from the start, and will be viewed as a necessary purge before the Knicks sign two stars this summer.

Everyone wants to see some great defense in the Garden again, and to compete they’ll have to build one, but so far Fizdale and the Knicks haven’t walked the walk like they’ve talked the talk.