Is Luke Kornet Worth Keeping Next Season for the Knicks? 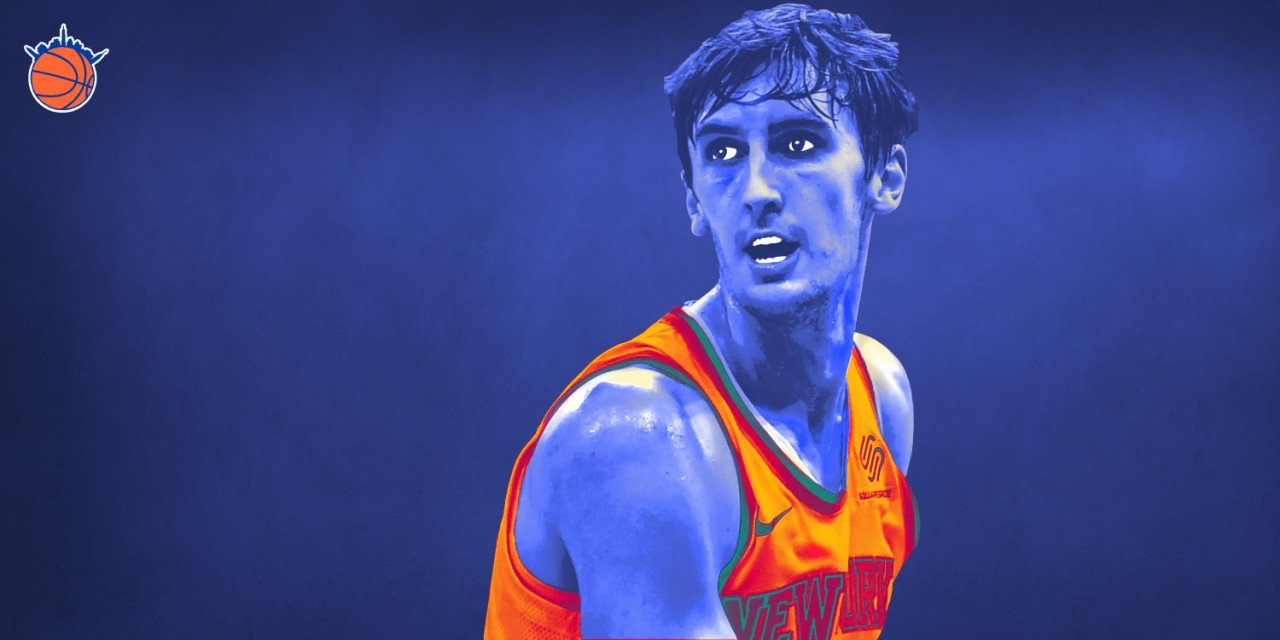 Analyzing the seven-foot Luke Kornet, his 2018–19 campaign, and projecting how he will fit in with the Knicks next year.

Luke Kornet’s second season as a pro featured some stints in the G League with the Westchester Knicks, the opportunity for more playing time, and even a handful of 20+ point games.

After a successful career at Vanderbilt in which Kornet broke the NCAA all-time record for threes by a seven-footer and made First Team All-SEC, he went undrafted.

Kornet then signed with the Knicks as a free agent and saw limited action in the NBA, only hitting the hardwood for 20 games. This season, however, the 23-year-old more than doubled his appearances, playing in 46 games while seeing an increased role on the team.

Luke seemed to fly under the radar and isn’t a household name yet, but most would say Kornet was pretty good considering the amount minutes (17 per game) he played.

The second-year man posted seven points and nearly three boards per game, while being able to knock down 82.6% of his free throws and 36.3% of his threes, per ESPN Stats. Despite not playing a whole season in the bigs, Kornet proved that he can do one thing really well that the Knicks have been lacking for years: shoot the rock.

His shooting ability was on display in full force when he dropped a career-high 24 points against the Chicago Bulls just over a month ago. Kornet’s size allows him to shoot over the top of defenders effectively, as well as swat shots on the defensive end, as we see below.

Watching Kornet’s play this season was impressive, but the big man does lack lateral quickness and overall strength, and got pushed around on many occasions when he was on the floor.

Coming from a family of athletes, Luke knows he has the physical skills and talent to play basketball at the highest level—it’s just a matter of him getting an opportunity to showcase his game, and it seems like he has had a lot of fun doing it.

Kornet, who frequently cracks jokes with the media and plays with a very loose, happy-go-lucky demeanor had this to say to the New York Times after his first NBA action last season: “Once I got out there, it felt like playing any other game, which was great”

Whether or not the Knicks are able to secure a couple of big time free agents this offseason like Kevin Durant or Kyrie Irving will obviously be a huge factor in the role Kornet will play on next year’s team.

If New York is able to acquire said superstars, Kornet could end up playing a role similar to that of a Nikola Mirotic and Brook Lopez of the Bucks. Both of the aforementioned players stand close to or above seven feet and can really stroke it from the perimeter, making them a valuable piece for complementary or off-the-bench scoring, which is a key ingredient for playoff success.

The league has begun to lean toward post players shooting from behind the arc, so Kornet is definitely on the correct path.

Neither Mirotic nor Lopez are going to make or break the Bucks’ playoff scenario like Giannis Antetokounmpo, Khris Middleton or Eric Bledsoe are, but they have proven to be important in different parts of games to help give the offense a jolt with their shooting and use their size as an impediment on the defensive end.

It is important to keep in mind that Kornet is a free agent, so he may seek another situation for more playing time if the Knicks are able to beef up their roster with star players. If he does re-sign in New York, I believe he can find a nice niche on a team with championship aspirations.

If the Knicks are ultimately unable to fulfill their quest for better players through free agency, Kornet will have the chance to develop at a much faster rate and increase his stats across the board, at the very least. If the roster remains largely the same, Kornet would play alongside a bunch of young guns like himself who are looking to blossom and make names for themselves as well.

The Vandy product stands out as a potentially lethal shooter who can block shots and run the floor effectively, similar to what we saw with Kristaps Porzingis. Not to say Kornet can have have the type of impact KP had when he was healthy, but he could emerge as a starter, depending on how the Knicks’ summer plans go.