Is Nassir Little a Reach in the Draft for the Knicks? 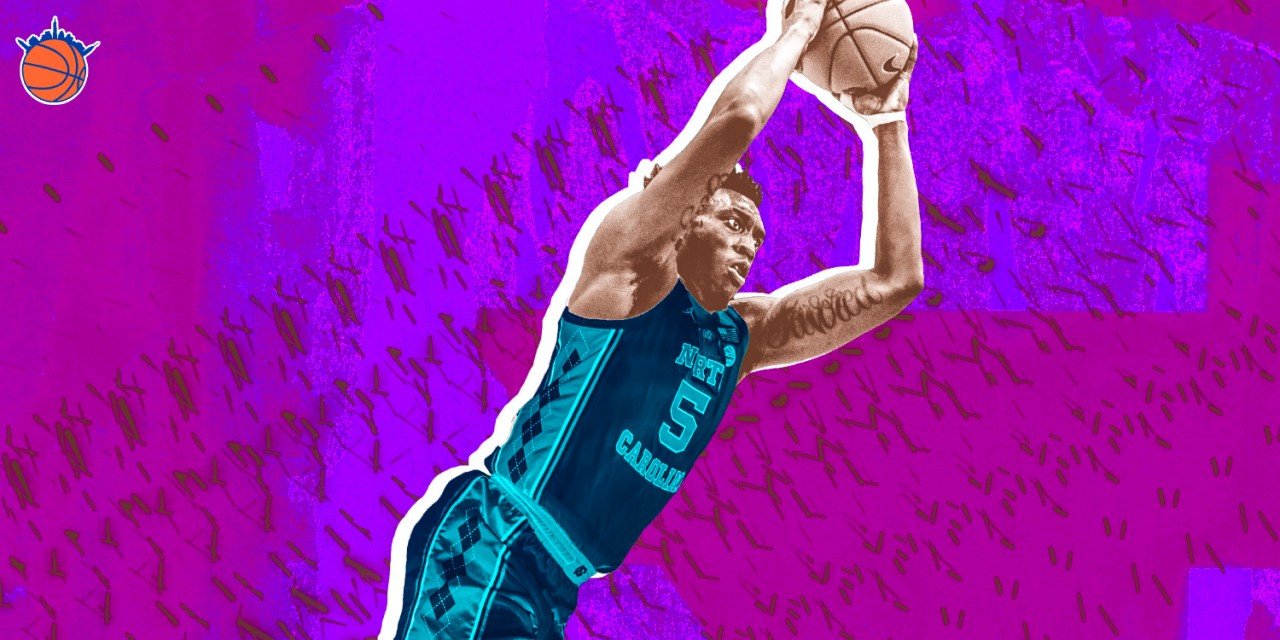 Nassir Little had an up-and-down freshman season at North Carolina, but he’s declared for the NBA. Let’s dive into the interest in the forward from the Knicks.

The Knicks Wall is setting a spotlight on the top prospects in the 2019 NBA Draft. Follow along with weekly features on the draft and players. First up is North Carolina forward Nassir Little.

Entering his one-and-done season at the University of North Carolina, Nassir Little was the sixth overall recruit in the class of 2018. The 6’7” forward from Orange Park, Florida, was ranked just slightly below the stacked Duke freshman trio of R.J. Barrett, Zion Williamson, and Cam Reddish.

With both schools boasting one of the largest rivalries in sports, it was a no-brainer that talk of production and comparison between these recruits would occur throughout the season. Barrett and Williamson took college hoops by storm, and it was no surprise that Little’s freshman season was viewed by many as a disappointment. Coming off the Tar Heels’ bench, Little averaged just 9.8 points and 4.6 rebounds in 18.2 minutes per game. Once viewed as a guaranteed top pick prior to the season, Little is now on the cusp of the lottery—and could easily be a mid or late first-round selection.

Let’s take a look at the pros and cons of one of the most interesting players in this year’s draft.

Easily one of Little’s biggest strengths is something that he was born with: pure athleticism. Little is one of the most athletically explosive and quick players in this upcoming draft. When UNC head coach Roy Williams was asked if he’s ever coached a player as athletic as Little, he couldn’t find one. Nassir’s athleticism was on full display at UNC, where he racked up a variety of highlight reel dunks and powerful finishes at the rim.

Although there are a variety of question marks about other aspects of his game, athleticism is one of his biggest strengths, and something you can’t teach.

It doesn’t hurt that alongside his stellar athleticism, Little has great size at his position. Standing at 6’7”, Little has an incredible 7’2” wingspan and an 8’9” standing reach. This gives him a tremendous advantage over his opponents, even though his actual height of 6’7” is quite average for the small forward position. With wingspan being one of the most highly touted player attributes in today’s NBA, this is one of Little’s major appeals.

Just look at the exceptional wingspan of the Knicks’ recent draft selections—players like Frank Ntilikina and Mitchell Robinson.

To be successful at the next level, you have to be able to play well on both sides of the ball. Although Little struggled at points offensively this year, he has already proven more than capable on the defensive side of the ball. Little’s defensive struggles at UNC centered more around understanding the defensive scheme than his actual skill as an on-ball defender.

Case-in-point: Nassir put the clamps on Zion Williamson in the 2018 McDonald’s All American Game:

For incoming players, strong defensive traits are rare compared to offensive explosiveness. Excelling on both sides of the floor gives Little an advantage over the rest of his class.

Although he showed explosiveness and potential throughout the entire season, Little was inconsistent on the offensive side of the ball. Averaging just 9.8 points per game, Little did not provide the offensive consistency and production that UNC expected out of him.

He dropped a team-high 20 points in UNC’s Round of 32 victory over Washington, yet later was a non-factor with four points in 13 minutes during a Sweet 16 loss to Auburn. He often looked lost on offense and struggled to create his own shot off the dribble. His basketball I.Q. raises big questions; Little’s athleticism and speed were the main factors in his scoring, rather than an actual feel for the game. If Little can put together his physical gifts and improve his instincts and offensive mindset, he can be a dangerous player at the next level.

Although Little shot 48% from the field, the majority of these points came from finishes near the basket. As for his jump shot, Little struggled immensely shooting the ball outside the paint. From three-point range, Little shot a dismal 26.9%. Surprisingly, Little is a solid free-throw shooting, finishing the year at 77% from the charity stripe. In order to succeed at the next level, it is imperative that Little improves his mid-range and three-point jumper—because driving to the lane and scoring at ease is fairly difficult to do in the big league, especially for rookies.

Although he likely won’t be asked to be a facilitator in the NBA, Little’s passing ability was a complete non-factor at the collegiate level. Little averaged less than one assist per game (0.7) and only had a total of 19 assists in 36 games of play. Even though he’s a small forward, Little needs to improve his passing ability in order to be a bigger threat on the offensive side of the ball.

Is Little a fit with the Knicks?

Nassir Little is easily one of the most intriguing prospects entering the 2019 NBA Draft. A work in progress, Little’s athleticism and size give him great potential—but he needs to become a more consistent player on the offensive side in order to excel in the NBA.

It doesn’t make sense on many levels for the Knicks to see Little as part of the future. After securing the worst record in the NBA, the Knicks will pick fifth overall at worst—way too early to select Little. Also, unless they already plan on giving up or moving 19-year-old rookie Kevin Knox, it wouldn’t make sense from a positional standpoint to take another small forward. Not to mention, the Knicks have been pretty vocal about their attempt to acquire a certain veteran 3 this offseason (cough…Durant…cough).

Ultimately, if the Knicks somehow want to acquire Little, they would likely have to trade back and select him in the middle of the first-round. However, this is highly unlikely, so expect Little’s NBA career to start somewhere else.