Is Nerlens Noel Pricing Himself Out of a Knicks Future? 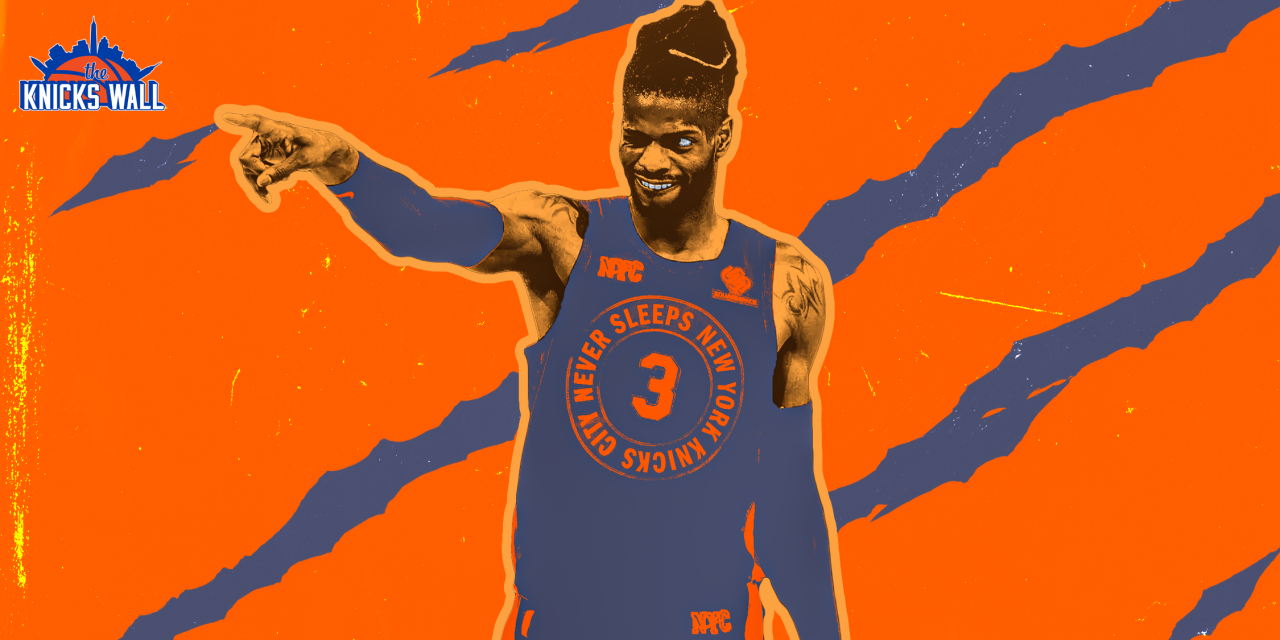 The Knicks have their entire center rotation entering free agency this summer, but the crucial glue in Nerlens Noel may be too expensive if the franchise is betting on Mitchell Robinson.

When Mitchell Robinson went down with a fractured foot, just four games after a month-long absence due to a broken hand, it was fair to wonder how the Knicks would respond as they headed into the pivotal stretch of the season. And yet, the team is hotter than they’ve been all year.

While the lion’s share of the success has to be attributed to the MVP-caliber play of Julius Randle, as well as R.J. Barrett blossoming into a bona fide second option, Nerlens Noel deserves a ton of credit as well. The 27-year-old center, on a steal of a one-year, $5 million contract, has managed to keep the team’s defense at roughly the same level it was at with Robinson and is borderline dominating on the less glamorous end of the floor, despite averaging fewer than six points per game.

This is nothing new, as far as his contributions this season go. Even as a backup, Noel was one of the best defenders in the league and was blocking shots at a preposterous rate. On the season, Noel is third in blocks per game (min. five games played) and third in total blocks, behind Myles Turner and Rudy Gobert, despite averaging seven fewer minutes than either. In the 14 games the Knicks have played over the month of April, a month in which the Knicks managed to go 10-4, Noel led the league in blocks per game at 2.5 a night, most of the jaw-dropping variety.

MEET NERLENS AT THE TOP pic.twitter.com/tLu56x5qbb

As discussed on this week’s episode of The Knicks Wall Podcast, the way that Noel gets his many blocks is fundamentally different, though no less effective than the way Robinson gets his. While Mitch is the Apex Predator—the biggest, the fastest, tracking the ball to its highest point before deflating it, along with the hopes and dreams of the shooter—Noel is more cloak and dagger in his approach. He often appears to jump a split second late, which makes the opposing player think he has a lane to the rim, but he gets off the ground quicker than just about anyone in the league, erasing any advantage the offensive player thought he had in the blink of an eye. Because he’s so skinny, he tends to go flying when he makes impact, which adds even more drama aspect to his already dramatic blocks.

More impressive than his individual defensive numbers, though, has been his impact on the team’s defensive numbers. The Knicks have been a top three-to-five defense the entire season, and Noel has been a massive part of that, even in his time coming off the bench. But given how important he was in the reserve role, it was hard not to think, when he was put into the starting lineup and Taj Gibson was forced to play major minutes, if we’d see a dip in the team’s defense.

And yet, the opposite has happened. The team’s Defensive Rating, which has been stellar all season, per NBA Stats, 108.1, good for fourth in the league, has actually improved since the All-Star break, up to 107.3. In the month of April, it’s 108.5, the sixth-highest in that time, and the Knicks have the league’s highest Net Rating at +8.1, a mark that, if held over the course of the season, would be the best in the league.

All of this is objectively great. The Knicks are overachieving, they’re playoff-bound for the first time in almost a decade, and maybe most important of all, they’re just plain fun.

Seriously, when was the last time a Knicks season was this overwhelmingly positive?

But some questions and complications arise from Noel’s season-long block party. Both Robinson and Noel are up for new contracts this summer, and it’s not clear how the team is going to approach this very important crossroads. The goal this season seemed to be for Mitch to get his first year of unquestioned starter status under his belt, prove his worth, and sign him to a long-term deal in the summer (or, if he didn’t prove his worth, decide from there). And in his time on the floor, Robinson did genuinely prove himself, though the counting stats might not show it. The clearest example of this: instead of pogo-sticking his way into a million fouls a night, he played deliberately so that even as his block numbers were going down, his impact on the team’s defense was going up.

But the injuries, especially the foot injury, which is always a bit of a red flag for a big man, derailed his season to the point where it’s unclear what his market will be this summer. Surely there are plenty of teams out there that would love to take a swing at him, especially for a discount, but any discount offer is likely to be matched promptly by Leon Rose.

And then there’s Nerlens Noel. Though offensively limited, Noel has clearly shown that he can be a starter in this league, and any long-term deal would run the length of his prime, which would hold some appeal to teams looking to shore up their defense. Teams like the Raptors, Spurs, Hornets, Mavericks, Pistons, and Rockets could all have cap space and be in the market for a youngish center who can anchor a defense the way Noel can.

Of course, the ideal would be to re-sign Mitchell to a long-term deal that walks the tightrope between being player-generous and team-friendly, while also re-signing Noel to a smaller deal with more player flexibility, say a three-year contract with a player option after two years. If Noel feels at home in New York and really doesn’t mind coming off the bench behind Mitch and filling in as a starter when needed, this would absolutely be the best-case scenario. For a guy who has moved around as much as Noel has, that stability might be genuinely attractive.

But we have to remember that this is the same Noel that declined a four-year, $70 million extension from the Mavs four years ago because he thought he was worth more. He has undoubtedly matured in the years since his time in Dallas and seems to have found a situation here in New York, under head coach Tom Thibodeau, that helps bring out the best in him, but this is still a former top-six overall pick who has never made more than $5 million in a season and is unlikely to have another chance at a medium-large contract after this one. It would make more than a little sense for him to cash out on his success under the bright lights of the Garden.

The final question this leads to, and maybe the most complicated and painful, is what if the Knicks choose to prioritize Noel over Robinson? Let me make it very clear that this is not something for which I’m advocating, but we’re at a point where it’s an option that will likely be at least considered by the front office, especially if the team can keep rolling with him at the helm. Here’s why: if the Knicks decide that Noel is cheaper while providing most of the same impact, they may explore a sign-and-trade for Robinson, thereby maximizing two players that are both too good to want a bench role while not being compatible to play together. It would be painful to lose Robinson, but he could also bring back an interesting young player that fills more of an area of need, while the team maintains its defensive interior presence.

Regardless of which option the team pursues, it seems that at least one thing is clear: Mitchel Robinson and Nerlens Noel will only both be here long term if Noel decides to prioritize the stability and perks of being in a Knicks organization that values him and can utilize him effectively over pursuing a larger role and paycheck on his fourth team in five years.

If not, Leon Rose is going to have an interesting choice on his hands.