Isaiah Hartenstein Adds a New Look to the Knicks’ Bench 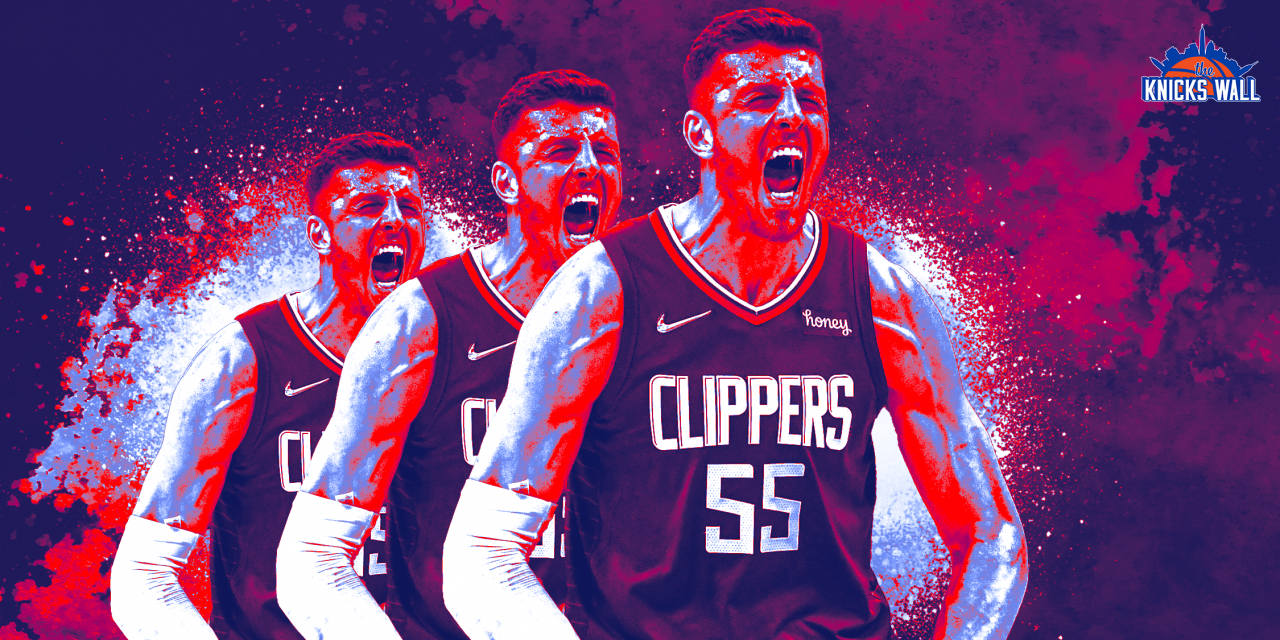 The Knicks prioritized a backup center as their second free-agent signing, so what can Isaiah Hartenstein bring to the Garden?

The NBA’s free agency period is now well underway. It’s a time of great excitement and anxiety for basketball fans. Millions of hoop enjoyers sit at the edge of their seats throughout early July as they anxiously wait to find out who their favorite team will sign.

The New York Knicks, however, did not keep their fanbase waiting before making a splash in the free-agent market. On June 30th, the opening day of free agency, the Knicks inked point guard Jalen Brunson to a reported four-year, $104 million deal. This signing did not come as a surprise; a longstanding mutual interest existed between the Knicks and Brunson, which was only exacerbated by the addition of Brunson’s father, Rick Brunson, to the New York coaching staff back in early June.

While the Brunson signing was notable in its own right (the Knicks got their starter-caliber point guard, finally), it’s not the only impactful signing New York made on June 30th. The ‘Bockers also added former Clippers big Isaiah Hartenstein to the fray on an affordable two-year deal worth $17 million. Quietly, Hartenstein was one of the most productive backup centers in the league last season.

Isaiah Hartenstein with the monster block on Josh Green pic.twitter.com/Ukkdp8JdMH

Hartenstein’s trademark talent is probably his shot-blocking ability (93rd percentile in block percentage in 2021–22). Standing at 7’1″ with a 7’2″ wingspan, he covers a lot of ground inside. Beyond his great size, Hartenstein is a standout shot-blocker because of his timing on weak-side/help rotations to the rim.

Due to Hartenstein’s penchant for coming up with weak-side blocks, the Clippers occasionally played him in a free safety role on defense. Los Angeles assigned Hartenstein to stationary wings in the corner so the seven-footer could recover to the rim if paint penetration ensued. Other elite swatters around the league experimented with this unorthodox defensive strategy last season, with Boston’s Robert Williams perhaps being the most notable example.

Though Hartenstein makes his hay as a defender in the painted area, he usually holds his own when switching onto smaller players on the perimeter. He moves well for a man of enormous stature and keeps pace with the lion’s share of wings and guards. It’s these instances defending ballhandlers where Hartenstein’s mastery of the rule of verticality shines through. Hartenstein has a gift for stonewalling dribble-drive layup attempts by jumping straight up with his arms extended.

A talented rim protector both on and away from the ball, plus a respectable perimeter defender leaves a lot to like about what Hartenstein brings to the table defensively.

Moving to the other side of the floor, Hartenstein is elite for his position in two facets: offensive rebounding and passing. First, Hartenstein is a reliable generator of second-chance opportunities (73rd percentile in offensive rebounding percentage). He attacks the glass with tremendous effort and energy and pulls down a significant chunk of his teammates’ misses by simply outworking the other bigs down low.

Hartenstein’s 1.7 offensive rebounds per game average in 2021–22 stacked up well against almost any reserve big in the NBA. Among all players who played at least 40 games off the bench last season, only 10 ended up with a higher offensive-rebounding number than Hartenstein, according to NBA.com.

Sure, Hartenstein is a superb offensive rebounder and paint deterrent, but so are many other behemoths his size, that’s not so special. But his passing chops are what truly separate him from the pack of NBA big men. Hartenstein is a playmaking wizard from the high post area, where he consistently finds backdoor and baseline cutters for easy baskets. He’s also adept at running dribble hand-offs from the high post. He places a ton of pressure on defenses in these situations because he’s a threat to pass and put the ball on the floor. Hartenstein isn’t a primary orchestrator or anything close to it. But he’s a ball mover and about as elite a secondary playmaker as there is at the center position.

Isaiah Hartenstein keeps surprising with how good he is for the Clippers this year.

The focus will be on his passing: 6 assists against 0 turnovers! Including this terrific dime to find the cutting Brandon Boston Jr.

He must be a target for the Knicks this offseason! pic.twitter.com/qmFCLrqBkD

Hartenstein’s advanced assist metrics with the Clippers last season were extraordinary. According to Cleaning the Glass, Hartenstein ranked in the 96th percentile for his position in assist to usage ratio — how many assists he dished out in relation to how often he had the ball — and the 92nd percentile in assist percentage. Nikola Jokic and Draymond Green were the lone two bigs who logged over 1000 minutes like Hartenstein and bested him in both assist to usage ratio and assist percentage. Not bad.

Hartenstein fits like a glove on the Knicks. His shot-blocking skill allows New York to double down on its defense-first identity. It also ensures that Thibodeau can have at least one rim protector on the court at all times, either Hartenstein or Mitchell Robinson. The only potential “downside” of this signing is that it could spell fewer minutes for promising sophomore center Jericho Sims. However, Hartenstein is far and away the better player at this juncture.

And offensively, his passing and offensive rebounding will open up opportunities for extra possessions and higher percentage shots for the Knicks. Overall, Hartenstein and New York is a match made in heaven on both ends of the floor.

»READ: How Knicks veterans can help develop the team’s youth