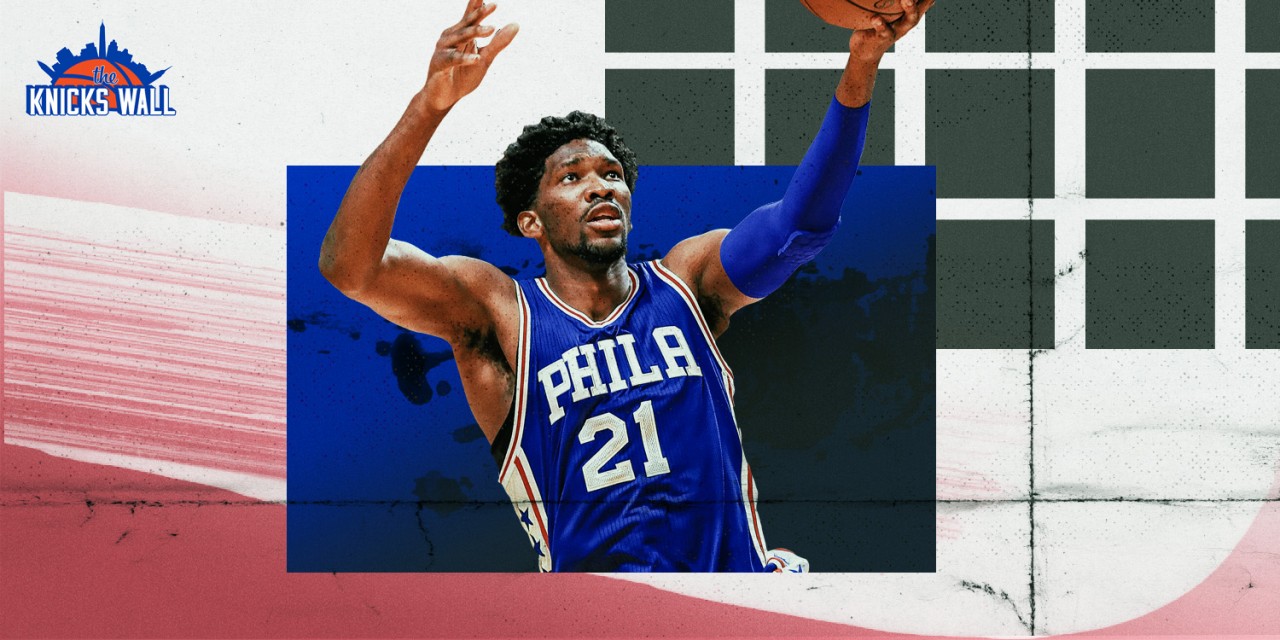 The Sixers totally revamped their squad while keeping All-Stars Joel Embiid and Ben Simmons. Is there any way the Knicks can stop them?

Last season the New York Knicks faced the Philadelphia 76ers four times and lost four times. That is the bad news. In those four games the Knicks managed to lose by fewer than 10 points every time. That is the not so bad news.

Unfortunately for Knicks fans, the Sixers will not be going anywhere any time soon. The Knicks will face their I-95 rivals in their second game of the regular season and two more times after.


The Sixers have had a bit of reshuffling in some prominent areas. Doc Rivers is now the man on the sideline in place of Brett Brown, and Daryl Morey is now the president of basketball operations. What that means for the Knicks, and the East at large, is the Sixers will remain near the top of the conference.

There is an interesting caveat that can shift everything that is about to follow this season series preview: James Harden. If you have been living without Wi-Fi for the past few weeks, Harden wants out of Houston. His list of ideal destinations is quickly expanding, but already includes Philadelphia. It is also worth noting that while Morey was in Houston he had dreams of pairing Harden up with Joel Embiid.

That sets the stage for a potentially win-win swap of Ben Simmons and Harden, a deal that makes too much sense to ever actually happen. However, should Harden end up in Philly, just write off any game against the Sixers.

But let’s not get ahead of ourselves. For now the two leading stars for the Sixers are Simmons and Embiid, and their supporting cast got a much needed boost in shooting, which bodes poorly for the Knicks’ chance of a better showing this season.

Battle of the Bigs

Some good news first. The Knicks have 13 feet, 10 inches, and most importantly, six fouls to throw at Joel Embiid in the form of Mitchell Robinson and Nerlens Noel. Embiid only appeared in two contests against the Knicks, but had a double-double in each game.

Even if Robinson is having one of those nights where he picks up five fouls in five seconds, Noel guarantees that Embiid is working for his points. It could also help force Embiid to start launching from deep. While 33.1% from deep is nothing to scoff at for a seven-footer, if you have Embiid shooting from outside you have won the battle. Last season Embiid shot 9.09% from beyond the arc (1-for-11) and 51.9% inside it (14-for-27).

It goes without saying, but if you limit Embiid’s impact, you heighten your win percentage.

Tom Thibodeau and Doc Rivers are good friends, so it is no surprise they hold similar values—among them a good defense. The Sixers were already a good defensive team last season before they added Tyrese Maxey and Paul Reed in the draft and Dwight Howard in free agency. Matisse Thybulle will be a year wiser and physically stronger. Then you have the anchors of Simmons and Embiid.

Rivers has been happy with his team’s defense early, and with their offense struggling, they could look to shackle their opponents early on. That is bad news for the Knicks, who still remain without a top-flight scoring option. Julius Randle is far too predictable to worry about, which frees Rivers up to deploy Thybulle or Simmons on R.J. Barrett, depending on how he’s playing.

After that, there are not many options who can create for themselves other than Obi Toppin, Austin Rivers, and Alec Burks. This leaves the Knicks with a major question mark on where to find points.

The Knicks were unable to contain Simmons in the three times they faced him last season. Simmons faced little friction, and will face virtually the same roster.

Simmons being matched up on Toppin, Randle, or Kevin Knox on the perimeter should send a shiver down your spine. Barrett and Payton will get first crack at containing the point-forward man-child, but Frank Ntilikina has the best chance of slowing him. Whoever it ends up being, they must have success defending Simmons one-on-one.

The Sixers have finally added snipers around Simmons—Isaiah Joe, Danny Green, Seth Curry—compared to last season when it was Embiid, Tobias Harris, or a toss up. If Thibodeau attempts to throw an extra body at Simmons, someone else will be open, and Simmons’ clairvoyant vision will find them before the double team happens.

The only storyline that can provide entertainment is the family feud potential of Austin Rivers versus his father Doc and his brother-in-law, Seth Curry.

If anyone is expecting Doc or Austin to take it easy on each other when they face off, guess again. Austin vs. Doc is the closest we can get to entertainment in these games, regardless of the score. Austin could catch fire in a 20-point blowout and still mean mug his pops. The hope is Austin hits some big shots that matter, preferably on Curry.

In case you didn’t know, Doc pushed Austin towards New York, in fear of having a redux of the Clippers experience. “For Austin it’s better. He’s his own player. Unfortunately for him, me being the dad, he’s just an easy guy to target. I have felt since the separation, it’s been really good for him,” Rivers told the New York Post.

Austin will look to prove his father right, and follow in his footsteps as a productive Knick and major asset in this series.

The second game of the season is the Knicks’ best chance at stealing one, because once the Sixers hit their stride on offense, or swing a Harden trade, this will not be an enjoyable series to watch. 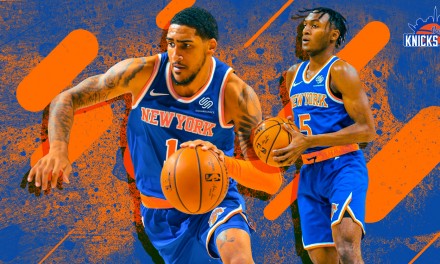