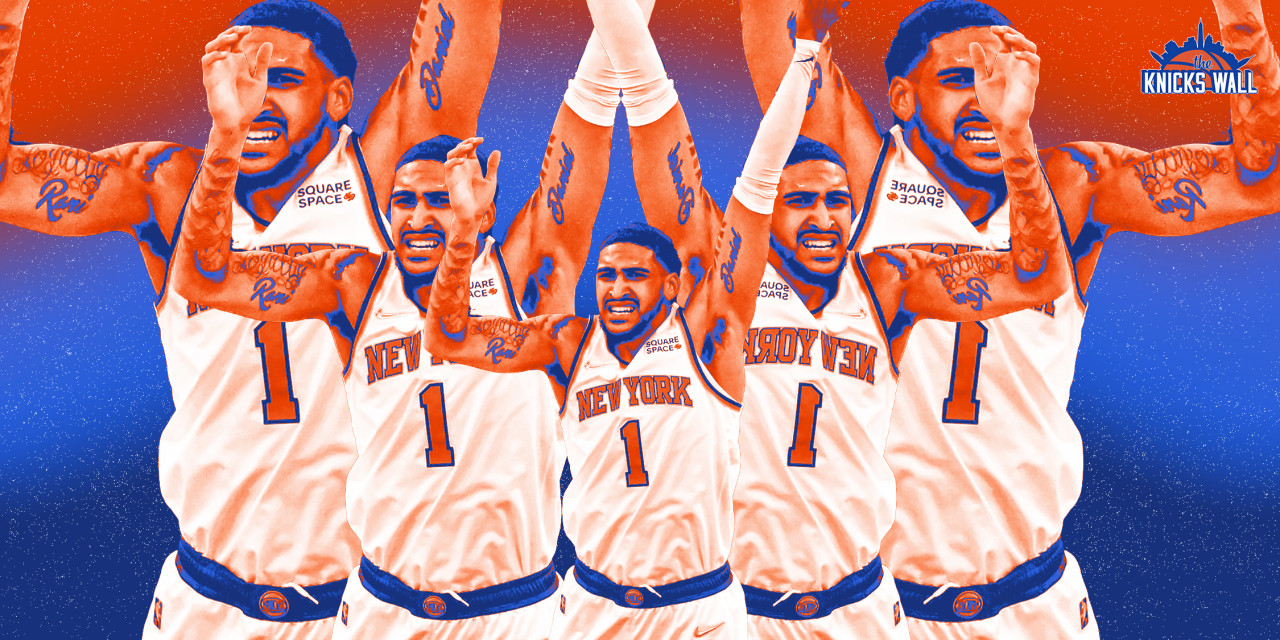 Knicks sophomore forward Obi Toppin has proved himself a welcome addition to the squad and is in desperate need of more playing time.

Obi Toppin waited for a moment like this all last season.

With about nine minutes left in the fourth quarter of the season opener against the Boston Celtics, Toppin broke free down the lane. Like Randy Moss leaving a cornerback in the dust, Obi shot his hand up, calling for the lob. Last season, calls of similar nature went unanswered.

That was not the case this time.

This seemingly ordinary play felt extra special for a few reasons. First, this play occurred in the middle of a surge in which Toppin played a critical role. Dating back to the end of last season, Toppin’s comfort level had grown considerably; he just needed the minutes. The second was Tom Thibodeau’s willingness to go with Julius Randle and Toppin for an extended period.

With Nerlens Noel out and Mitchell Robinson still working himself back into game shape, Thibodeau did not try Randle and Toppin in the first half but instead turned to rookie big Jericho Sims. Thibodeau’s reluctance to play Randle and Toppin last season centered around defensive concerns. On opening night, it appeared as if either Thibodeau had gotten over those concerns or was that strapped for depth. Regardless, the momentum of the game shifted dramatically with Toppin in the game.

Toppin finished the game with 14 points on 6-of-9 shooting, five rebounds, and one block. The most encouraging number of all, however, was 28—the number of minutes he logged. His strong season debut was followed up with a 13-point performance in Orlando as the Knicks defeated the Magic. In that game, Toppin once again logged 20-plus minutes off the bench, with 23.

The sky felt like the limit in year two (if the sky could even contain the spry sophomore). Any concerns that the team made a mistake taking Toppin in last year’s draft were quickly being washed away. And for a moment, it looked as Toppin had found his role and Thibodeau had found another shot of NOS off the bench.

Since then, Thibodeau has been frugal with Toppin’s minutes, playing him 20 minutes or more just once and failing to leave him on the floor more than 20 minutes at all. If there is a credible answer for this decision, it would be the first.

Even when teams have gone super small, as the Chicago Bulls did without Nikola Vucevic in the lineup, Thibodeau has opted to slide RJ Barrett to the 4 next to Randle instead of Toppin. While Barrett’s strength allows him to hold his own, the bigger issue is that Thibodeau is willingly denying the advantage that Toppin represents. Imagine being able to deploy a big who can now put the ball on the floor, turn good defense into a fast-break opportunity, and feel comfortable taking any shot on the floor.

That is precisely what Thibodeau has willingly neglected to make avail. While it is never wise to talk in absolutes when dealing with hypotheticals, it feels safe to say that Toppin being on the floor versus other small-ball lineups would be an advantage for the Knicks. When Toppin is on the floor, regardless of personnel, the Knicks play at the intended fast pace of small-ball lineups.

Barrett spoke of the different dimension Toppin brings to the table recently, citing his athleticism, versatility on both sides of the court, and ability to stretch the floor in general.

Last year, it was okay to excuse Toppin’s absence from the floor. Randle was a one-man army most nights, and Toppin was far too green to play extended time. That has not been the case this season. This season feels more like stubbornness to ride out existing rotations, emerging trends be damned.

Given the circumstances in which Toppin was drafted, one would think the team had been waiting for this exact moment to unleash Toppin.

Remember, the appeal to drafting Toppin was a pro-ready offense. What plagued that ready-made offense from flourishing as a rookie were several adjustments. The first was getting accustomed to the speed of the NBA. As a rookie, Toppin had moments where he was operating at a slower speed than everyone else. The second was getting acclimated from being the man at Dayton to another part of the cast in New York. Lastly, he had to learn to condense his impact on the game with one-third of the playing time to which he was accustomed.

To better understand Toppin’s strong progress, you have to dig into his per 36 numbers, which show stark improvements in almost every category, especially in blocks, where he is averaging 2.0 blocks. His block percentage has more than doubled to 5.3%, up from 2.1% as a rookie, and how he is making those blocks is even more encouraging.

The improved defense and comfort on offense have translated to immediate impact off the bench. Toppin’s ability to condense his contributions has been the key difference in Toppin’s second season. His natural ability to kick-start a fast break on his own has amplified his defensive improvement to create sequences like this:

Derrick Rose, who has served as Toppin’s mentor, echoed these sentiments last week. Rose highlighted Toppin’s matured confidence and his awareness to realize what his squad needs from him in whatever minutes he does see.

“Whenever he is out there, he gives as much as he can,” Rose said on November 19th. If he’s not scoring, or if the game [needs] rebounding, giving us rebounds or big plays, or energy. But he has always been that, I feel like he was the same way in college. I loved him when he was Dayton the same way, like he’s playing the same way.”

His strides on defense have coincided with his ever-growing confidence in putting the ball on the deck, which have led to the highlight-reel dunks many imagined he would bring to Broadway.

The numbers have not reflected his progress as a shooter just yet, however, the eye test confirms what many saw in Las Vegas—Toppin’s shot is much smoother than it was a year ago, and he has confidence in that shot.

The tragedy is Toppin’s progress has not been as beneficial to team success as it could be. The Knicks have cooled off considerably since their 5-1 start. The team is 4-7 since, and Toppin has averaged a meager 14.1 minutes per game.

The spot minutes have been frustrating on several fronts, suppressing the tangible improvements Toppin has made. In addition to his block percentage more than doubling, his assist percentage has nearly doubled, and his True Shooting percentage has improved to 62.6.

On a more macro level, the team is +21.8 points per 100 possessions, per Basketball-Reference, when he is on the floor. These numbers only back up the eye test. When Obi Toppin is in the game, good things tend to happen.

The Garden loves Obi and who can blame them pic.twitter.com/TqzbteKmmP

Along with Rose, Immanuel Quickley, and Alec Burks, Toppin has found a home for himself with the bench mob, doing exactly what Rose said. The bench mob is not just the best bench unit in the league, but also the team’s most-effective lineup. Toppin has made an impact in a variety of ways, each night adding something else.

The scoring was never really a concern. The bigger surprise has been Toppin’s rapid adjustment to knowing where to be on defense. The moments of looking like a man with no country are virtually nonexistent now.

The next step for Toppin is Thibodeau relenting to his stubbornness and letting Toppin run. The starters have produced a large enough sample size (-15.5 Net Rating in 270 minutes) to the point where not just continuing to star them, but playing them is sabotage at worst, gross incompetence at best.

A middle ground between common sense and Thibodeau’s stubbornness could be featuring the star members of the bench mob, namely Toppin, and the minutes are easy to find. One under-the-radar storyline is Thibodeau riding Randle into the ground when it’s completely unnecessary.

Randle is 18th in the league in minutes played with 603; Toppin has logged fewer than 300 minutes. There is no reason for the gap to be that big. If Thibodeau, and the franchise as a whole, preach meritocracy, where is Toppin’s reward?

There have been moments where Thibodeau has given Toppin an extended run, but those moments are few and far between. Basketball is a simple game, at the end of the day, a lot of us choose to make it more complex. When you employ someone who can break out a windmill mid-game and be productive in general, you should probably find him some minutes.

ARE YOU KIDDING US OBI pic.twitter.com/TGxDpO8ij3

Until then, fans will be subjected to fleeting moments of the bench surging back from a self-inflicted deficit or rest in the comfort of knowing Toppin will not join the Kevin Knoxes and Frank Ntilikinas of Knicks lore.

Obi Toppin is ready to do more, he just needs his number called.