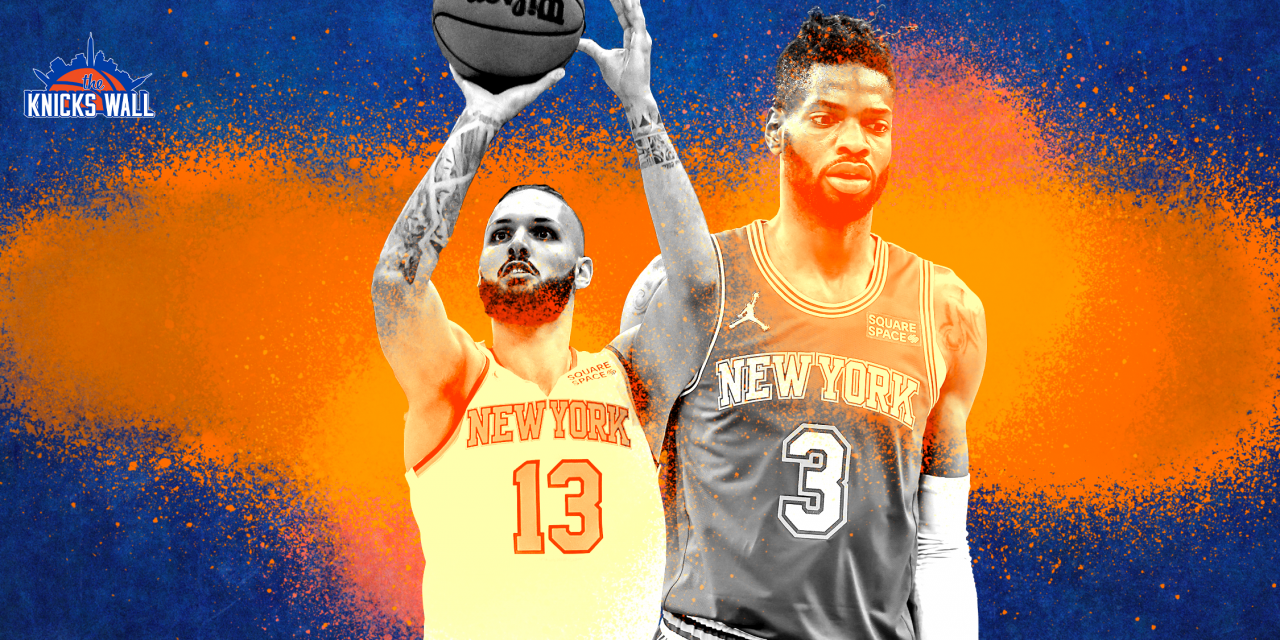 New York has not had much success in free agency in recent years. Will they learn from their mistakes this summer, or will we see the same old Knicks?

It is no secret that recent New York Knicks free agent signings have left a lot to be desired. Leon Rose, since being hired in early 2020, has seemingly waited out free agency and used cap space on whatever was left on the scrap heap. Passing on guys like DeMar DeRozan and Lonzo Ball in favor of bench players has been head-scratching and left many wondering if the front office has some master plan up their sleeve, or if they are just asleep at the wheel.

Offseason number three with this regime has many Knicks fans impatient and ready to really make a splash in free agency, especially since they punted on the 2022 NBA Draft. The Jalen Brunson news has gotten a mixed response from fans, drawing the ire of some talking heads, but it’s positive to think about it rationally and view it as a steady point-guard presence that hasn’t existed in the Garden in a very long time. He’s not a superstar by any means, but if the Knicks are able to land Brunson, that alone would be an improvement from what we’ve seen in the past couple of summers.

Taking a look at Rose’s first two free-agent periods is like staring directly into the sun, but those are in the rearview mirror and the main focus lies on how they can learn from those disappointments and make progress toward shaking the stigma of the “same old Knicks.”

With a league-high $52.6 million in cap space heading into last summer, this was a pretty underwhelming haul for the ‘Bockers. Their best signing last summer was re-upping with Rose, a savvy veteran floor general off the bench, but still, a backup who has lost a lot of athleticism and is nowhere close to the perennial All-Star we saw in Chicago. Burks, Noel, and Walker were recently traded to Detroit in multiple salary dumps after being unable to find their footing last year for various reasons, whether it be misuse, injury, or just plain lack of production.

Fournier, their most expensive signing at four years, $78 million, was and is considered an overpay for a guy who offers zero resistance defensively and is super streaky offensively. Sure, he set the Knicks record for three-pointers in a season, but there is a reason why many Knicks fans are clamoring for him to be dealt in a sign-and-trade to Dallas, or anywhere else for that matter. It’s understandable that Leon Rose and co. are trying to bring in an offensive threat who can hit outside shots, as that’s what they needed and still need, but it never made much sense to bring in a guy so inconsistent and one-dimensional at that price tag. The emergence of Immanuel Quickley, expected continued growth of Quentin Grimes, and hopeful resurgence of Julius Randle (assuming he’s still here), would provide a decent amount of shooting, enough to make up for the potential departure of Fournier.

It is very possible that none of the above will be on the roster in 2022–23, which signals that the Knicks whiffed in their free agent ventures last season. What the Knicks can learn from last year is to not aim for guys who are past their prime who will be bought out in one year and make sure to know how they can and should be used. Brunson, despite many criticisms, would have a cemented role being the Knicks point guard and is just entering his prime, turning 26 years old in August.

A whole lot of mediocrity from Leon Rose’s first free-agent class here as well. None of the above names are on the Knicks as of this week. Collectively, Knicks fans expected more from Rose and World Wide Wes in their first seasons in the front office, given their track record of having relationships with players and agents around the league. Being new to the job, they were given a pass with this one, hoping that there was some sort of plan, an idea that was helped by the Knicks overachieving in the ’20–’21 season.

Looking back, however, Noel and Payton are probably the two most despised Knicks in the last few years and Burks was misused and not put in a great position to succeed by Tom Thibodeau. That said, an Austin Rivers–type signing would be great for the Knicks this season; someone who can score the rock, while also providing vocal veteran leadership that won’t necessarily get in the way of RJ Barrett or Quickley.

2022 Lessons That Should Be Learned

If Knicks aren’t going to reel in a big fish this summer, which is highly unlikely, it is important to have at least a solid mix of additions through the free agent wire that are not washed, not overpaid, and will have a role within the framework of the roster that is conducive to the development of RJ Barrett, Quickley, Obi Toppin, and other promising neophytes. Easier said than done.

Brunson, as mentioned, is not going to be universally lauded, but is a 15-to-18 points-per-game guy who provided leadership and shooting. There are concerns about Brunson’s fit with Randle in terms of their propensity to feast in the midrange and, yes, there are probably at least 10 point guards you can name that are better than him, but for the money he is supposedly going to get and the stability and playoff production he provided last year, it is no less than a solid signing.

Plus, the Knicks pouncing on free agency instead of letting it pass by and making some signings towards the end of the summer just to fill cap space is a nice change of pace. Mitchell Robinson has also been rumored to be coming back to the Big Apple, which is a positive sign as well.

Beyond Brunson, New York needs to continue to be aggressive at the start of free agency. Guys like Malik Monk, Gary Harris, and even someone like Mo Bamba should be on the Knicks’ radar. All would fill needs and all are in their mid-20s—with a lot left to prove. Knicks fans would be happy if they are able to land at least three-to-four rotational guys who have something to prove instead of watching them sign elsewhere and ending up with consolation prizes.

Punting on the draft was questionable, so now it’s time for Leon Rose to put up or shut up (even though we barely hear from him). Letting another free agency class go by the wayside with little to show for it would be infuriating, to say the least, and all we ask is to raise the bar from the previous years. Maybe then he can earn enough cache to buy time in order to make that big move we’ve all been waiting for.

»READ: Free agent wings the Knicks should target this offseason