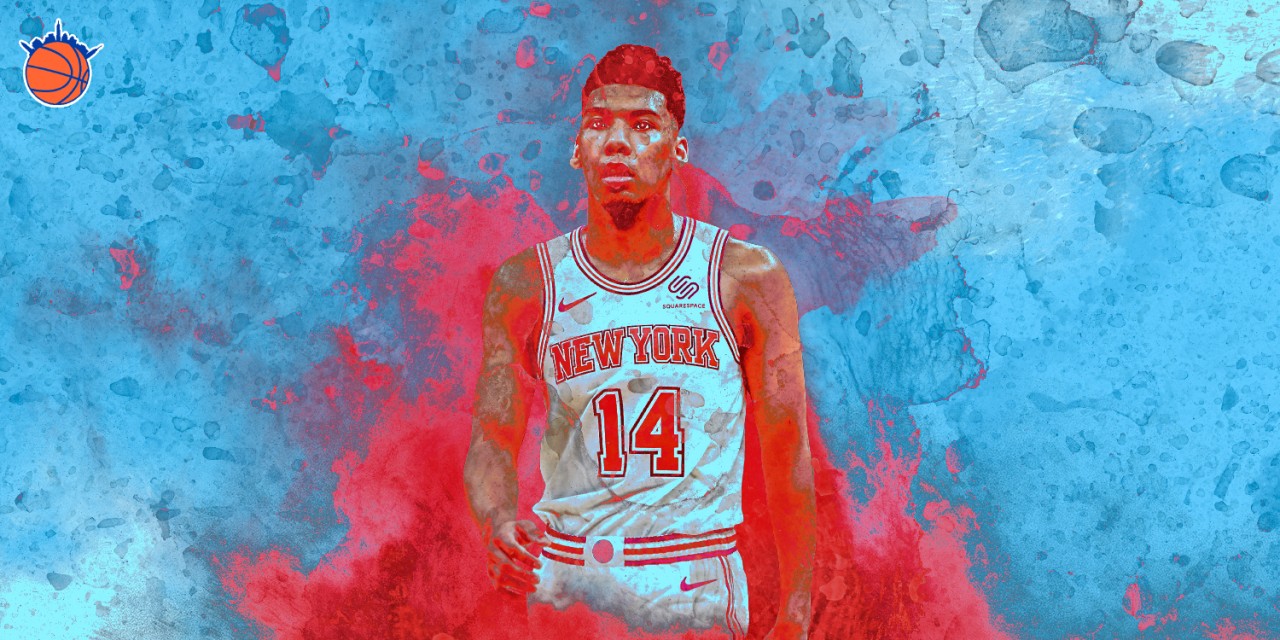 Allonzo Trier is firmly outside of the Knicks’ rotation. As an expiring contract, it may be wise to trade the undrafted guard instead of benching him.

There are few successes that could have been transferred from the 2018–19 season for the New York Knicks, but a sure carryover was Allonzo Trier, an undrafted guard out of Arizona. The electrifying 2 guard displayed the ability to shoot across the floor by averaging 10.9 points on 44.8% shooting from the field with a 39.4% three-point percentage on 2.1 attempts in his rookie season. He was a bright spot in a dark year and the general consensus was that he earned his keep.

Unfortunately, that hasn’t been the case in year two for “Iso Zo.” Although he still maintains his “killer’”image, Trier’s been banished from the rotation by both dismissed Knicks head coach David Fizdale and his interim replacement Mike Miller this season.


I’ll be the first person to tell you about how great Allonzo is; hell, I even call him the Iso Zo-diac Killer, but with the way things currently stand for New York it may be best they move him elsewhere.

No Space or Role in the Rotation

The shooting guard spot, Trier’s native position on the court, was promptly reserved in July when the Knicks drafted R.J. Barrett. Although Barrett may eventually migrate to small forward, his position currently has him firmly planted as a lengthy slasher on the wing. With that being said, there would surely be enough minutes for Zo as a backup, right? That’s only partially true.

There are enough minutes for a backup, but the Knicks didn’t just overindulge with power forwards this free agency; they tried to shore up wing shooting by adding veterans Reggie Bullock and Wayne Ellington. Both are accomplished catch-and-shoot players who take the majority of their shots from the perimeter.


As boneheaded as signing four power forwards at one time may be, the strategy of bolstering their ranks of three-point shooters didn’t meet much opposition. Ellington and Bullock are two extra hands to feed at shooting guard, and it’s already been decided that Barrett is to get as much burn as possible.

Those three can fill out a rotation by themself, but another player standing in line for playing time at the 2 is Damyean Dotson, who proved to be worth his mettle. So, what would put Dotson over Allonzo Trier in the rotation? The answer is fit.

One thing that Bullock, Dotson, and Ellington have in common is that they’re “low maintenance” catch-and-shoot perimeter shooters. They’ll leave the floor general duties to the point guard without an issue. The only one who’s shown true ball-handling and distributing abilities is Dotson when the Knicks were short on point guards last season, plus he’s one of the best wing defenders on the team.


Dotson’s profile, 3-and-D, along with Ellington and Bullock’s simplified roles make a case if you buy into the idea that Trier is a ball hog. This is demonstrably untrue. In fact, in his rookie year the majority of his three-point shot attempts came from opportunities in both his rookie season and sophomore season. His usage rates, 21.5% and 21.3% in his first two seasons are high for a bench player, but declaring him a ball hog is a bit overblown, especially since he takes care of the ball. Trier has yet to average two turnovers in his professional career. Head coach Mike Miller and ex-coach David Fizdale may not have any negative thoughts on his style of play, but what is certain is that they’ve decided that what they need from a 2 guard does not include ball handling, one of Trier’s gifts.

The primary guard role is already cramped with Payton earning the starting spot, and Frank Ntilikina and Dennis Smith Jr. sitting in the learner’s chair trying to get a foothold in the league. New York is still in need of a premier floor general, and the two backups’ learning curve is as steep as it’s ever been.

Don’t be confused: this isn’t a hit piece on Trier. He should not be waived or cut. He’s a valuable contributor, but he’s not what the Knicks need right now. If the Knicks needed a scorer to outperform opposing benches, he’d be the perfect guy.

Unfortunately, it appears Trier showed up for the Knicks five years too early. He’s racked up 20 DNP’s this season. He’s a baller, and keeping him from the court is an injustice to him and fans who love his awe-inspiring play style.

Allonzo Trier is the only player ever on record to dunk during an earthquake.

He’s giving it his all every single night he’s out there. It’s Carmelo-esque.

Idc what anyone says about him, Allonzo Trier is a BUCKET and that is why I want him on the court pic.twitter.com/E2mlVc7sIg

Withholding this man is criminal. It would be in the best interest of all parties in the NBA (well, except for the guys he’ll cross over) to trade Trier.

Trier’s salary for the current season is roughly $3.5 million. For a guy who can give you 10 points per game on efficient numbers, it’s hard to beat that price. His qualifying offer for next season currently estimated at $4.4 million is another reason a contender who falls short this June could decide to keep him around.

Furthermore, Zo is the prototypical sixth man. He’s very much in the vein of former Knicks Jamal Crawford and Lou Williams. Trier hails from a long line of bucket-getters who feast coming off the bench. With this clear role carved for him from the jump, it would behoove any team looking to contend annually to lock him contractually.

The Philadelphia 76ers have been short on ball handlers and shooting for quite some time. There’s no doubt in my mind that he could take minutes from Trey Burke, Raul Neto, and Furkan Korkmaz. If the Denver Nuggets weren’t bereft of draft picks, they could have been another ideal target for a Trier-Beasley swap. At least the Sixers have a bit more to offer in terms of prospects and future assets. It’s also possible that Trier could be used in a package deal, as a piece of a larger taking from the Knicks, but let’s be clear: it’s doubtful if he’s just a throw-in.

Allonzo Trier earned love and adoration in his first season as Knickerbocker, but it appears New York’s vision just doesn’t include him in the near future. Though the added context of a horrid front office makes a trade more difficult, it’s Steve Mills and Scott Perry’s job to tend to the unfavorable working relationship. It’s painful to suggest, but the sooner Trier is an opponent’s uniform, the better. He has the exact profile of a player who would slaughter the Knicks in a revenge game at Madison Square Garden, which is terrifying. But he deserves nothing less than to be himself.


If you love something, let it Zo.

»READ: Lost in time, like Allonzo Triers in the rain