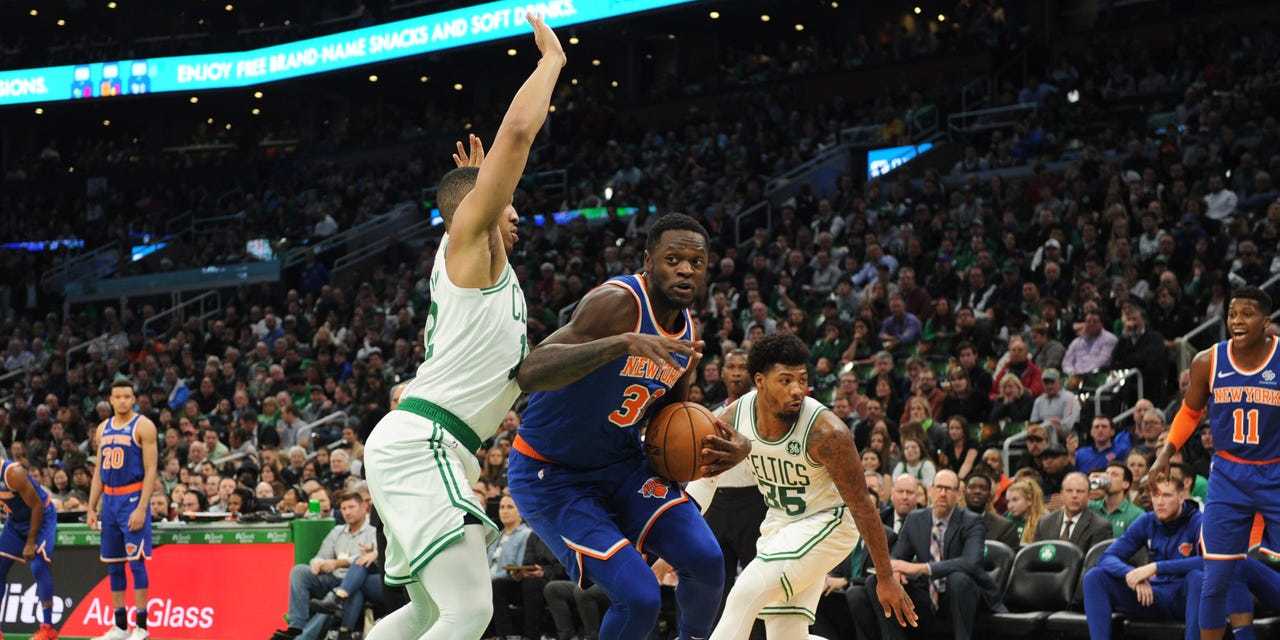 This game felt like a microcosm of what feels like to be a lifelong Knicks fan. Now, not to be too hyperbolic—there were fundamental positives to take away from this game. This was a competitive game on the road against a contender in the Eastern Conference that took an incredible shot by Jayson Tatum to win it. If the Knicks play like this consistently, they can win some games.

With that being said, it was a soul-sucking loss due to the nature of the shot. This was a winnable game if not for the little things like missed free throws.

The Knicks’ shooting tonight was two sides of the same coin: on one hand, they took a lot of shots and missed a lot of shots. On the other side, however, the Knicks dominated on the offensive glass and allowed themselves many opportunities—which is always a positive.

In regards to where those shots came from, there were positives and negatives within that. Marcus Morris was the leading scorer and shot taker, while producing many big moments throughout the night including the game-tying three in the fourth. Wayne Ellington shot the ball a lot, hitting three three-pointers, but attempting 10 in total.

Frank Ntilikina continued his trajectory of increased playing time in the absence of Elfrid Payton and Dennis Smith Jr. He played a total of 38 minutes, including crunch time in a close game. Frank played tough defense and looked good on both sides of the ball, doing it in different ways, including a solid pull up jumper and a highlight block on defense in the first quarter.

David Fizdale sang his praises after the game, discussing his increased confidence and comfort on the court. It’s noticeable in how he has been handling himself offensively.

David Fizdale on what he saw from Frank Ntilikina tonight:

"Confidence. Playing free and not worrying about anything. He's doing the job that I'm asking him to do and I'm really proud of the way he's going about it" pic.twitter.com/yvfCTYJE3s

The Knicks’ late game defensive possessions left something to be desired. They were switching on every single play, creating harmful mismatches such as leaving Julius Randle on Kemba Walker.

Walker continued where he left off the last time he played the Knicks, doing whatever he wanted on offense, taking advantage of every defender besides Ntilikina late in the game. Tatum also had a big night offensively, finishing with 24 points including the game winner.

The Knicks will be back at it on Sunday at 6:00 p.m. EST, when they host the struggling Kings, and look to get their second win.