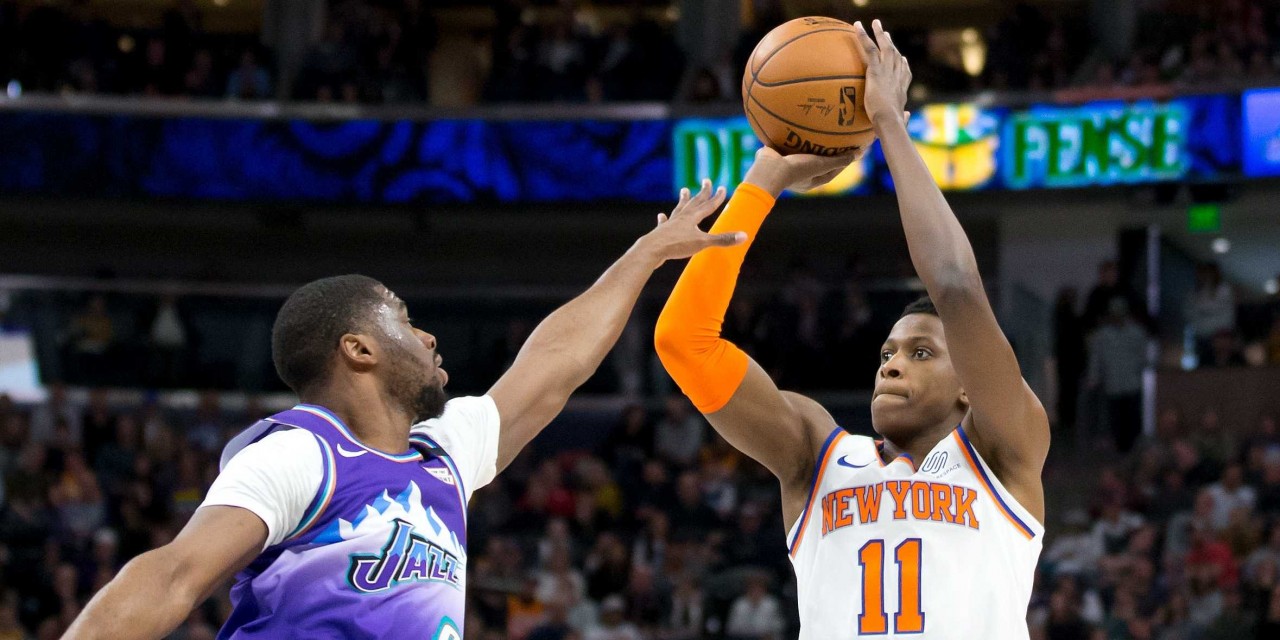 The Knicks lost the fourth game of their four-game west coast road trip against the Jazz in blowout fashion with their top scorers, Marcus Morris and Julius Randle, unavailable.

Utah owned the game from the start, jumping out to a 10-point lead at the end of the first quarter. The Knicks responded to a 19-point halftime deficit by missing their first seven shots, including four layups. The Jazz’s lead climbed to 29 points midway through the third quarter; the Knicks only led for 12 seconds of game time.

New York looked to attack the rim despite the presence of center Rudy Gobert, a two-time Defensive Player of the Year. They shot 43.4% from the field, though garbage time scoring helped inflate the number.

Meanwhile, the Jazz let it rain from beyond the arc, shooting 4-for-8 in the first quarter and 5-of-10 in the second quarter. They saw open three-pointers time after time.

Bojan Bogdanovic torched New York. He made his first three field goals on the way to dropping 11 points on 3-of-4 shooting on triples in the first quarter. He finished with 20 points on 7-of-14 shooting

Gobert dominated the paint on both ends. His performance on offense looked similar to Mitchell Robinson against the Portland Trail Blazers. Gobert got himself open on the pick-and-roll like clockwork, often drawing fouls. He finished with 16 points, 16 rebounds, and four assists.

Frank Ntilikina was New York’s biggest difference-maker tonight, and perhaps the only positive. His defense was strong and he looked aggressive on offense. He led the team in scoring with 16 points on 6-of-10 shooting. He also recorded four rebounds and three assists.

Frankie FEELIN it in transition in Q1pic.twitter.com/XUDmSXavuY

Elfrid Payton and Bobby Portis were second on the Knicks in scoring, both tallying 13 points apiece.

As expected no Morris, Randle or Smith. Bullock and portis start.

Bullock recorded nine points on 4-of-9 shooting. His pull-up jump shot two minutes into the game gave New York its only (albeit brief) lead of the game.

Portis recorded 13 points, 13 rebounds, and six assists on 5-of-17 shooting. He drew a flagrant foul for hitting someone in the head as they drove to the basket for the second game in a row, this time whacking Bogdanovic in the head. Today the league announced Portis would be fined $25,000 for his hit on Kentavious Caldwell-Pope in yesterday’s Lakers matchup, resulting in a Flagrant-2 and immediate ejection. He will avoid suspension, however.

New York’s offense looked lost without its two leading scorers, Morris and Randle. It was obvious that the Knicks missed their shot creation. Taj Gibson and Mitchell Robinson set screens constantly on offense, but Payton and Ntilikina were really the only ones that used them well.

The Knicks struggled to convert on three-pointers. They shot just one triple in the third quarter and made just three of their 10 first-half three-point attempts.

Frankie pulls up and knocks it down off the screen from Mitch pic.twitter.com/q0UhWBcrqN

The Knicks are back in action Friday night as they welcome the New Orleans Pelicans to Madison Square Garden.