Jenkins on the Rise for Westchester Knicks and G League 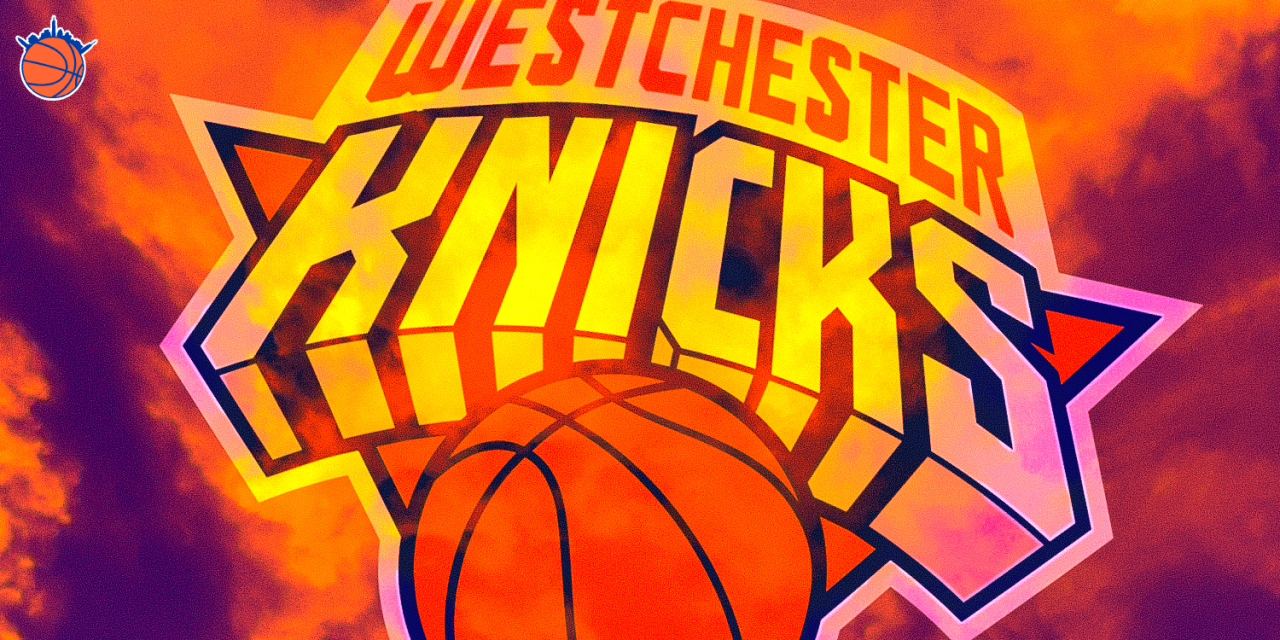 Fueled by 27-year-old shooting guard John Jenkins, the Westchester Knicks are once again contenders in the G League for a second-straight season.

At this current juncture of the 2018–19 NBA G League campaign, the Westchester Knicks are currently percentage points behind the Long Island Nets for the Eastern Conference lead with a 15-7 record. Coach Mike Miller and the guys have been able to work through a lot of roster movement and have established an excellent winning culture up in White Plains.

I was fortunate enough to be able to get some court side seats to the DubKnicks last contest against the Capital City Go-G0, and to hear from some of the players after the game.

Here are some takeaways and what the team had to say about the excellent season they’re having in White Plains.

Defensively, the DubKnicks have been nothing short of elite this year, leading the entire league in Defensive Rating (98.7), as well as opponents field goal percentage (via NBA G League Stats).

After attending a few games this season, some common themes that have stood out are constant communication and a help mentality defensively. When asked about what makes the DubKnicks so successful defensively this season, guard Trevon Bluiett had this to say:

“We play for each other. We always want to make sure everyone on the floor is in the right place and if someone happens to get beat or something, we make sure to bail him out.”

The DubKnicks did a lot of bailing out in the first quarter of last Thursday’s game against Capital City, meeting guys at the rim and blocking four (!) dunks. This epitomizes Bluiett’s quote, about how everyone is willing to go to battle for their teammates defensively.

A large part of what makes Westchester such a defensive force does not show up in box scores or on stat sheets. The foundation of their winning ways starts with a cohesive mindset and accountability that the players have adopted this year.

The hunger and desire to compete defensively has permeated beyond just the regular rotation and has been instilled in everyone up and down the roster. Seeing guys like Gyorgy Goloman pick up a game-sealing block last game against Capital City, and Sekou Wiggs logging some key deflections on many occasions in crunch time, makes one believe that the DubKnicks’ coaching staff spends a lot of time hammering the importance of defense.

In a sport which sound defense is becoming more and more of a rarity, it is excellent to see the team bear down and compete hard on that end of the floor.

Offensively, Westchester ranks in the middle of the pack in the league, and the stats don’t jump out at you. However, the team has been able to hit timely and clutch shots throughout the season, which is a huge reason why it has enjoyed much success thus far.

Who is the man behind all of the DubKnicks’ clutch offense? Look no further than John Jenkins.

The widely discussed Jenkins has been the straw that stirs the drink for the DubKnicks this year, averaging 25.9 points per game, good for fifth in the G League. Jenkins’ experience at a big-time college program in Vanderbilt, coupled with the fact that he is one of the more seasoned vets on the team, bodes well for him in terms of being a leader and a guy the team looks to to take big shots.

The 27-year-old has bounced around a handful teams in the NBA, the G League, and overseas prior to this season’s career year. Jenkins was asked about why he believes he has had such a breakout season and touched on his experience as a helpful factor in his success.

“Having experience in different places definitely helps and I’m grateful for every opportunity I’ve had before,” Jenkins said. “I’m always working to improve my game and win and I think it’s really coming together this year.”

Despite an excellent year from Jenkins, he wasn’t particularly great from the field in his last game. Shooting only 8-of-20 from the field including 2-for-8 from three, Jenkins wasn’t consistently hitting his jumpers like we are accustomed to seeing.

Even though Johnny Cash didn’t have his usual offensive stroke going on that particular night, he still managed 22 points and hit shots that either stopped runs or separated the DubKnicks just enough so they could hold on for a slim victory. Not to mention, Jenkins contributed five rebounds and four assists in a winning effort. Jenkins’ ability to still contribute and find a way to help his team gut out a victory is a testament to the team guy he is, and his resourcefulness is something the New York Knicks need to take a hard look at if they consider him for a roster spot.

With Jenkins’ game coming to fruition this year after many stops along the way, there has been much discussion of calling up to the NBA, and of his potential fit on the big boy Knicks. Unlike many G Leaguers, Jenkins has NBA experience previously and knows what it takes to stick at that level.

A bit undersized at 6’3″ for his position, Jenkins makes up for it with his lengthy wingspan, which helps him in shooting over the top of bigger perimeter players. Size won’t be a huge factor in him finally establishing himself in the NBA when he gets there, but his injury history is something to take into consideration.

According to a G League mini camp report from last year, Jenkins had lost some of his athleticism in terms of his lane agility and vertical leap, most likely due to some injuries he has dealt with in the past. With most of the Knicks’ backcourt (Allonzo Trier, Damyean Dotson, Trey Burke, Emmanuel Mudiay, Frank Ntilikina) being younger and more athletic than Jenkins, that might prevent him from seeing significant minutes on a team trying to develop its young guys and let them endure growing pains this season. Jenkins, however, could potentially be an excellent mentor for these guys on how to be a professional and how to power through adversity—as Jenkins has throughout his entire career.

At this point, it seems like Johnny will at some point get to the big boy Knicks or another franchise at some capacity, whether it be due to injury or the fact that he is playing so well. The Knicks won’t have a choice but to give him a shot.

Regardless of the circumstance, it’s a pleasure to see Jenkins continue his amazing season, and hopefully get the shot in the Association he has hungered for for a while.