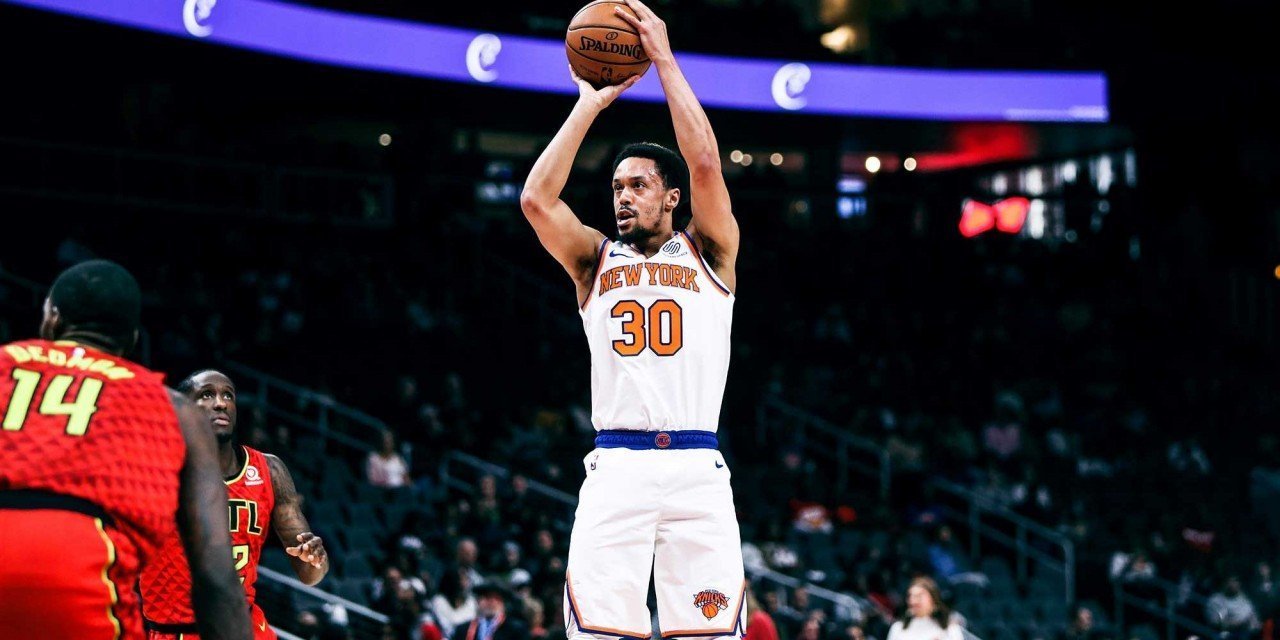 The sharpshooting guard who tore up the G League only appeared in two games for the Knicks before the team decided to sign John Jenkins to a partially guaranteed two-year contact.

In his two games with the Knicks, Jenkins has averaged 10.5 points on 50 percent shooting, 2.5 rebounds and 1.5 assists in 17.5 minutes. Earlier in the season he played four games in Washington but only accrued a total of 14 minutes on the court (per NBA Stats).

Although he has struggled to maintain a foothold in the NBA, Jenkins shined in the Knicks losing-streak snapping win against the Atlanta Hawks by scoring 14 points. He added five rebounds and two assists to the team stats as well.

Ironically, he began his NBA career with the Hawks who drafted him 23rd overall in the 2012 draft. Jenkins was coming off his junior year at Vanderbilt where he averaged 19.9 points and shot 43.9 percent from three. In his first three seasons with the Hawks he played 98 games for the NBA team, spending plenty of time in the G League. A declined fourth-year team option allowed the shooting guard to become an unrestricted free agent. He split the next two seasons with the Dallas Mavericks and Phoenix Suns.

His most recent games for the Wizards and the Knicks are the most he’s played in the NBA since the 2015-2016 season. Before signing his first 10-day contract with the Wizards, Jenkins starred on the Westchester Knicks averaging 24.9 points, 3.8 rebounds, 3.5 assists and 1.1 steals in 36.7 minutes.

Signing a player with only two games under his belt may seem premature for a club, but according to Charania and ESPN’s Ian Begley the contract is not guaranteed through the 2019–20 season until an unspecified date. Jenkins contract presumably is not a big hit to the Knicks cap space, but it does keep the team flexible both in the realm of cap space and limited roster spots available.

The Knicks have 24 games left in the season and, thanks to the help of Johnny Cash, just snapped their franchise-record losing streak. With Jenkins on board at least until the end of the season, the Knicks backcourt is flush.