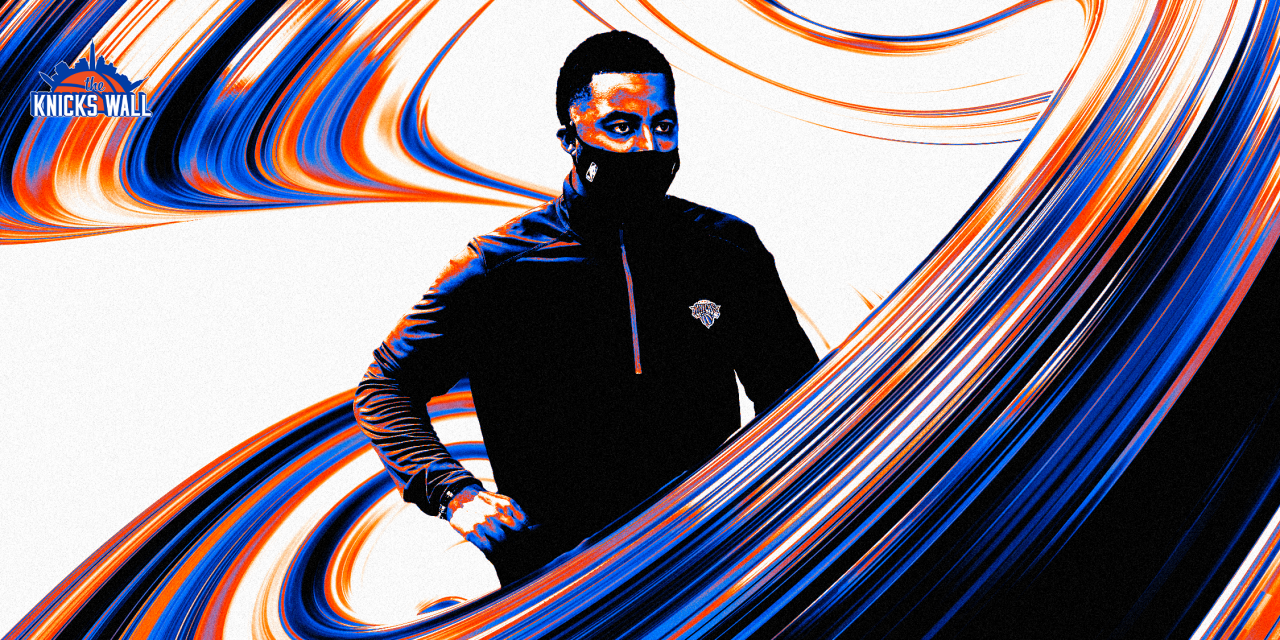 Knicks assistant coach Johnnie Bryant has the makings of the ideal head coach in New York. When Tom Thibodeau’s time is up, Bryant’s should begin.

Senior advisor William Wesley made three key assistant coach appointments ahead of the 2021-22 season: Mike Woodson, Kenny Payne and Johnnie Bryant. Woodson and Payne landed high-profile college head coaching positions within a year of each other, with Woodson landing a dream job as head coach of Indiana in 2021 and Payne landing the Louisville gig 12 months later.

Meanwhile, Bryant has seen his name come up in vacancies too. His alma mater, the University of Utah, had him on their radar in March 2021, before Bryant withdrew his name from consideration. This year was a more enticing opportunity, also in Utah, one good enough to lure Bryant off Tom Thibodeau’s staff.

When Quin Snyder resigned as head coach of the Utah Jazz, Bryant became the instant favorite as Snyder’s successor. Bryant’s relationship with Jazz star Donovan Mitchell is well-documented. With Rudy Gobert now in Minnesota, Bryant’s strong standing within the Jazz organization aside from his ties to Mitchell made him a great candidate. In the end, the Jazz opted for the younger Will Hardy as they trend towards a rebuild and a future that increasingly looks like it will not involve Mitchell.

Bryant will remain a head coaching candidate for future jobs as he has developed a strong reputation just eight years into his coaching career. A former player himself and the University of Utah’s all-time leader in three-point field goal percentage, Bryant has gone through the wringer he puts players in during workouts.

Bryant and Lillard’s well-known brotherhood originated in that West Campus gym where Young’s training included defensive slides with bricks in their hands and carrying sandbags around the gym.

Bryant took the lessons learned from West Campus with him after college to pivot to his post-playing career life as a trainer.

After a brief stint playing overseas after he graduated from Utah, Bryant went back to Salt Lake City to launch the Bryant Sports Academy in 2009. Former Jazz player Ronnie Price was his first NBA client. Bryant would take on Paul Millsap and Tyrell Corbin (then-Jazz head coach Ty Corbin’s son) as clients, which would end up becoming Bryant’s path into the league.

Jazz general manager at the time, Dennis Lindsey, attended one of Millsap’s workouts with Bryant in 2012, and a short time later Bryant was offered a job as a player development assistant.

As a member of the Jazz organization, Bryant worked closely with Price and Millsap. He is credited with helping elevate the play of Gordon Hayward and Donovan Mitchell to star-caliber players, with both ascending to the team’s top scoring option.

Another Utah success that hits closer to home was his work with former Knick Alec Burks.

When Bryant first joined the Jazz he used a hands-on approach to help Burks improve his driving skills on and off the court. On the court, Bryant used boat paddles, sparring mitts, and lord knows what else, to knock Burks off his path to the basket. Off the court, he took time to learn Burks the player through fil, and Burks the person through spending time with him and his family.

The work paid off as Burks doubled his points per game average by Bryant’s second season with the team. Ironically, Burks played an integral role in the Knicks’ playoff season in he and Bryant’s first season in New York.

Bryant quickly moved up the ranks in Utah. In 2014, he was promoted to assistant coach under Snyder where he would remain until heading to New York to become Thibodeau’s de facto number two.

When the Knicks hired Bryant as associate head coach, some within the organization viewed him as someone who would land a head coaching job sooner rather than later. The recent interest from the Jazz validates that viewpoint. A player’s coach who can get through to players on a personal and professional level is a tough mix to find.

“Johnnie’s really good on focusing on those details and making sure that these players are empowered in their strengths,” skills coach David Nurse told SNY. “He’s not doing these other things that you see player development coaches do on social media – 18 behind the backs with a Harden step back. No, that’s not going to be used. It’s know your role and just dominate your role. And I’ve seen Johnnie do a really good job of that. Especially in Utah – that player development culture is one of the best I’ve seen in the league.”

If you’re the Knicks, you could ask yourself why not that opportunity be in New York.

Over time, even the best of head coaches have their message grow stale. Someone as meticulous and relentless as Thibodeau fits the bill as someone who can grow stale eventually.

That is no slight to Thibodeau, who has done an impressive job creating a structured operation that has yielded promising results. His work with the young players on the team, all of whom have shown clear signs of progress in Thibodeau’s first two seasons,  cannot be overlooked. Having said that, when the time comes, a person like Bryant could be the ideal candidate to keep what Thibodeau built going, while getting the team to the next level.

In just two seasons, Johnnie Bryant has formed a strong rapport with the team’s core pieces. His work with RJ Barrett has mirrored his previous work, with Barrett vastly improving in each of the two seasons Bryant has been on the coaching staff. Bryant immediately took Barrett under his wing, pairing up with the franchise cornerstone for individual workouts.

Bryant is credited with helping Barrett improve his jumper after a hellish rookie season where he had shooting splits of 40-32-61. He has also worked closely with Immanuel Quickley and Obi Toppin, another pair of promising young players on the cusp of taking a leap in their careers.

After Quickley put together an impressive 31-point performance against the Portland Trail Blazers Bryant connected Quick with his childhood friend Lillard. He has got Quickley and Toppin to take up hot yoga.

A trade for Donovan Mitchell could amplify any rumor of Bryant becoming the next man. The investment the Knicks would make in Mitchell would be significant from the jump, and installing a head coach he is guaranteed to trust can go a long in way in ensuring the team gets the best return on investment.

Even without Mitchell, Bryant still has a strong argument to be Thibodeau’s eventual successor for his steady work. Bryant is not the screamer Thibodeau is, yet it is clear from all the anecdotes from players that he gets through to them.

There is little question as to if Johnnie Bryant will become a head coach, it is more of a matter of where. If you are the decision-makers for the Knicks you should want that answer to be New York.

»READ: Jalen Brunson and Donovan Mitchell Could be Trouble