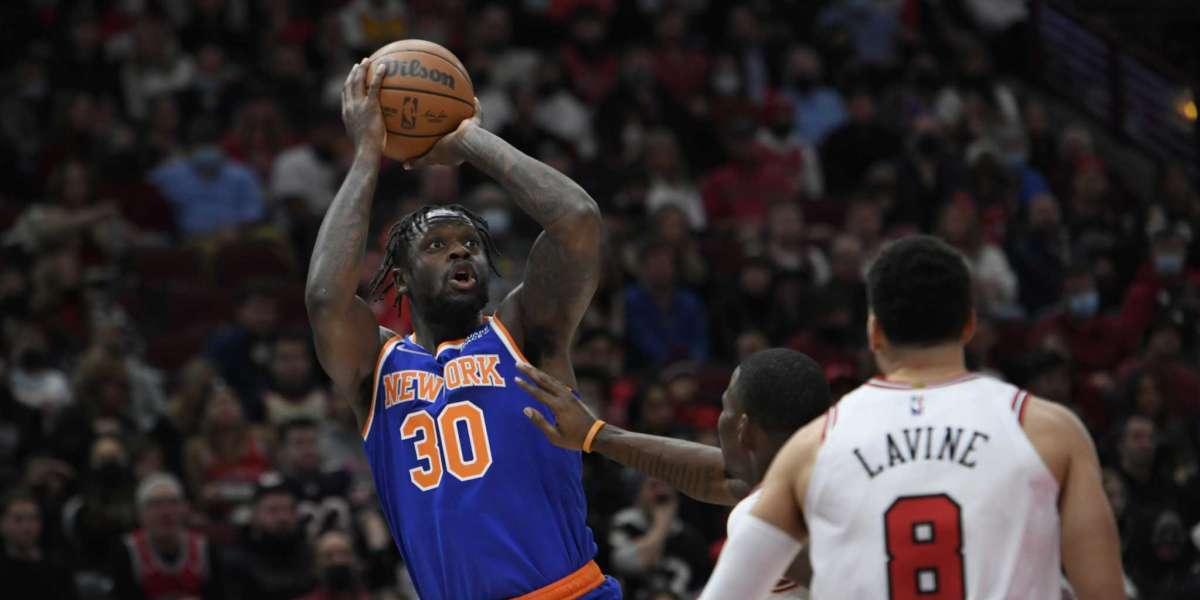 Despite a vintage Julius Randle performance, DeMar DeRozan and the Bulls get their revenge for their loss earlier in the regular season with a 109-103 victory over the Knicks on Sunday.

The Chicago Bulls (12-5) defeated the New York Knicks (9-8) by a final score of  109-103. For Chicago, DeMar DeRozan finished with 31 points, five rebounds, and five assists, while Zach LaVine added 21 points and six rebounds. For New York, Julius Randle finished with a team-high 34 points to go with 10 rebounds, and four assists, while Alec Burks finished with 13 points off the bench. The regular-season series between these two teams are now tied at one win apiece.

When New York and Chicago met earlier in the regular season, it was viewed as a test for both teams. The Bulls added several players (DeMar DeRozan, Lonzo Ball, Alex Caruso) to make a push into the playoff picture, while the Knicks kept the majority of their core, but added two shot-makers (Kemba Walker and Evan Fournier) to maintain their newfound success in an improving conference. New York won the first matchup, but Chicago kept it close with a tight fourth quarter.

The beginning of this game felt like a continuation of that final quarter. New York, staying true to form, came out slow and stagnant on offense with just 20 points in the first quarter. Chicago didn’t do much better with 25 points, but the energy was different. Caruso and Ball, two smart defenders, swarmed New York and attacked their lack of energy, generating turnovers and making the extra play to stymie the Knicks’ offense.

The game then turned into a slog by today’s standards. As the final tally would show, both teams failed to ignite offensively, which turned this into a game fresh out of 1998.

Despite an electric defensive performance early, Chicago’s offense wasn’t good enough to pull away. The Bulls went up double digits but were never able to put the game out of reach for New York, allowing the Knicks to remain in the game once their bench lineup came in. The starting unit struggled, but like clockwork, the bench unit was able to score and slash through Chicago’s lead, thanks to some timely drives by Derrick Rose and Alec Burks getting some good looks.

The Bulls led at the half, but only by four points. The Knicks would capitalize in the third. This time, it was the starters that got the ball rolling.

After going scoreless in the third quarter, Kemba Walker scored seven points in the third quarter, taking advantage of Chicago’s rotation. Julius Randle, already amid a great game, followed Walker’s lead, with a bully-like performance, attacking Chicago’s smaller defense. With the likes of Caruso and Ball defending him, Randle began to show out. Both Kemba and Randle pestered Lonzo Ball into fouls on back-to-back possessions, with Randle generating free throws on three separate possessions.

With Walker and Randle leading the charge, the Knicks took their first lead since early in the first quarter.

The fourth quarter saw both offenses wake up. Chicago was getting active with a few Coby White long-range makes, while New York’s bench lineup, specifically Obi Toppin and his offensive activity, went to work. Toppin did an excellent job working on the glass, setting screens, and even knocked in a three to keep New York in the game. As Chicago looked to push their new lead to double digits, Toppin, Rose, and Immanuel Quickley did their parts in keeping the game close in the fourth with their offense.

In the end, it was death by DeRozan for New York. The veteran made a few baskets late in the third quarter to keep Chicago close and his play in the fourth pulled the Bulls over the line. Not only was his offense working, continuing to pester New York’s offense with mid-range jumpers, but his passing was great as well, with three key assists, two assists to White, one to Ball, that led to made corner threes. New York didn’t have much of an answer as Chicago’s outside shot late was the difference.

A loss is a loss, but the third quarter showed that the Knicks found a spark with the starting unit. Still, New York has a ton of work to do. The guard/wing rotation is in flux as both RJ Barrett and Evan Fournier are struggling and change is needed. Julius Randle isn’t hitting threes at the same rate he did last season and the defense, despite a strong showing tonight, has fallen off a cliff. Tom Thibodeau will have to make a few changes and hit a few buttons to wake this team up, but I’m not exactly sure what those moves are. We shall see.

Let’s jump to the game notes.

The Knicks return home to welcome LeBron James, Carmelo Anthony, and the Los Angeles Lakers on the Tuesday before Thanksgiving.