Julius Randle By the Numbers: Stats Back Up Unbelievable Season 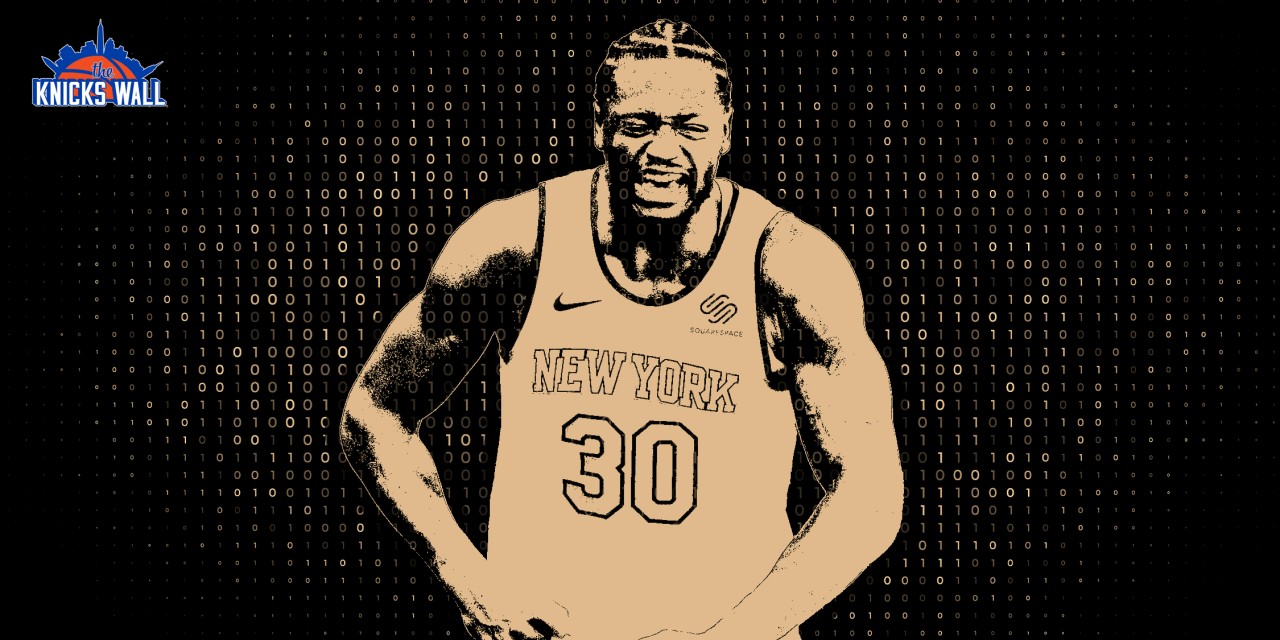 
Now, that’s not to say some NBA hoopers don’t possess elite skills. They all do in one way or another—that’s why they’re in a league that houses the best basketball players in the world. But players capable of scoring, playmaking, and rebounding at a high level against the world’s best are at a premium. Knicks fans are in luck. For the first time in recent memory, New York employs one of the league’s brightest stars, whose multifaceted brilliance has shouldered the team to an above-.500 record at the All-Star break.

At face value, Julius Randle’s per-game splits are outstanding—23.2 points, 11.3 rebounds, 5.5 assists, and 0.8 steals all mark career-highs for the big fellow. But merely glancing at the traditional stats does not do his performance this season nearly enough justice. In numerous cases, general numbers alone do not tell the entire story.


Innumerable players over the league’s history have managed to put up gaudy numbers. But with varying efficiency and advanced metrics, not all stats are created equal. Fortunately for Randle, he finds himself on the right side of history, as the advanced stats beautifully accentuate the historic impact Randle has made in his second go-around with the Knicks.

The straw that stirs New York’s offense, Randle draws constant attention from opposing defenses. He’s faced countless double teams and traps to hinder his prowess and force the ball out of his hands. Randle met similar circumstances last season in New York as well. But at this juncture, he’s handled the added responsibility leaps-and-bounds better than he did just one year prior.

Randle never held much playmaking responsibility before this season. With the Los Angeles Lakers and New Orleans Pelicans, Randle was a complementary piece alongside stars Anthony Davis, Kobe Bryant, and Brandon Ingram. He was a scorer first and foremost and never approached best-playmaker-on-the-team status. Now, Tom Thibodeau has given Randle the playmaker’s keys to the offense in 2020–21. Among his newfound top responsibilities is to perpetually involve his running mates and generate scoring chances for them.

On a Knicks team notoriously lacking offensive creators, Randle receives the brunt of opposing defenses’ attention. In the past, Randle struggled to operate against added pressure as recently as last season; he admitted he was far too hell-bent on scoring as many points as possible during his first season in New York. Randle possessed a score-first mentality to a detrimental extent, attempting to bully himself through imaginary driving lanes at an alarming rate. Randle had a dastardly case of tunnel vision, a stunning reality considering he’s among the NBA’s premier dimers just one year later.

A specific advanced stat accentuates Randle’s passing brilliance better than any clip can. I am explicitly referring to Cleaning the Glass’ assist percentage metric. This stat measures the number of teammates’ made shots that the player assisted on while on the floor. There are only six bigs in the entire association with an assist percentage of 25% or greater. Randle is one of them. Mind you, this group is composed of Nikola Jokic, Draymond Green, Giannis Antetokounmpo, Bam Adebayo, and Domantas Sabonis—pretty impressive company.


To put Randle’s playmaking ascension into perspective, his assist percentage in 2019–20 was just 15.9%—meaning he assists on nearly 10% more of his teammates’ baskets this season.

Randle’s three-point jumper had long been his swing skill. During his swan song in Los Angeles and his short stint with the Pelicans, Randle was on the cusp of stardom. But there was one chink in his armor that had pundits convinced he could never be “the man” offensively for a winning team: his long-range shot. Randle managed to eclipse the 30% threshold from deep just once across his first six seasons. After shooting just 27.7% from three in his maiden season with the Knicks, the consensus seemed to be that Randle simply wasn’t a legitimate threat from distance. Boy, were they wrong. So very wrong.

Randle has turned a new leaf regarding his three-point effectiveness—40.8% of his treys this season have found the bottom of the net, a clip guaranteed to make even the Ray Allens and Stephen Currys of the world blush. But what makes this percentage truly impressive is that Randle is letting it fly with career-high volume—4.6 tries per game, to be exact.

Of Randle’s 4.6 attempts, a sizable 3.6 of them are, on average, catch-and-shoot threes. He prefers non-corner triples, as evidenced by the fact that 24% of all his field-goal attempts come from this proximity, per Cleaning the Glass. The other 0.9 are pull-up treys, another area of his repertoire where Randle has displayed meteoric growth in this season. While he takes far fewer pull-ups than catch-and-shoot threes, it’s worth mentioning he’s buried his pull-ups at a superior clip—42.4% compared to 40.2%.

ALL STAR JULIUS RANDLE CANNOT BE STOPPED YET AGAIN! THIRD THREE POINTER OF THE FIRST QUARTER! 13 points already on the night.

Randle is, statistically speaking, one of the deadliest long-range gunners on the Knicks. If you told that to a Knicks fan one year ago, they would have swiftly checked you into a mental hospital. Give credit to Randle for making the seemingly impossible a reality. Even the most optimistic of New York faithful couldn’t have foreseen such a leap from the Kentucky product in this regard.

It’s been a joy to witness Randle expand his game to the point where defenses must gameplan how to limit his playmaking and three-point expertise. These newly established skills wonderfully complement his already extensive toolbox. Randle is an all but unstoppable offensive force who has yet to scratch the surface of his full potential at 26 years old.


Unless a general manager calls Leon Rose offering a top-10 player via trade, the Knicks should prioritize holding onto Randle for the long haul. He’s that good, and the stats back up this notion.