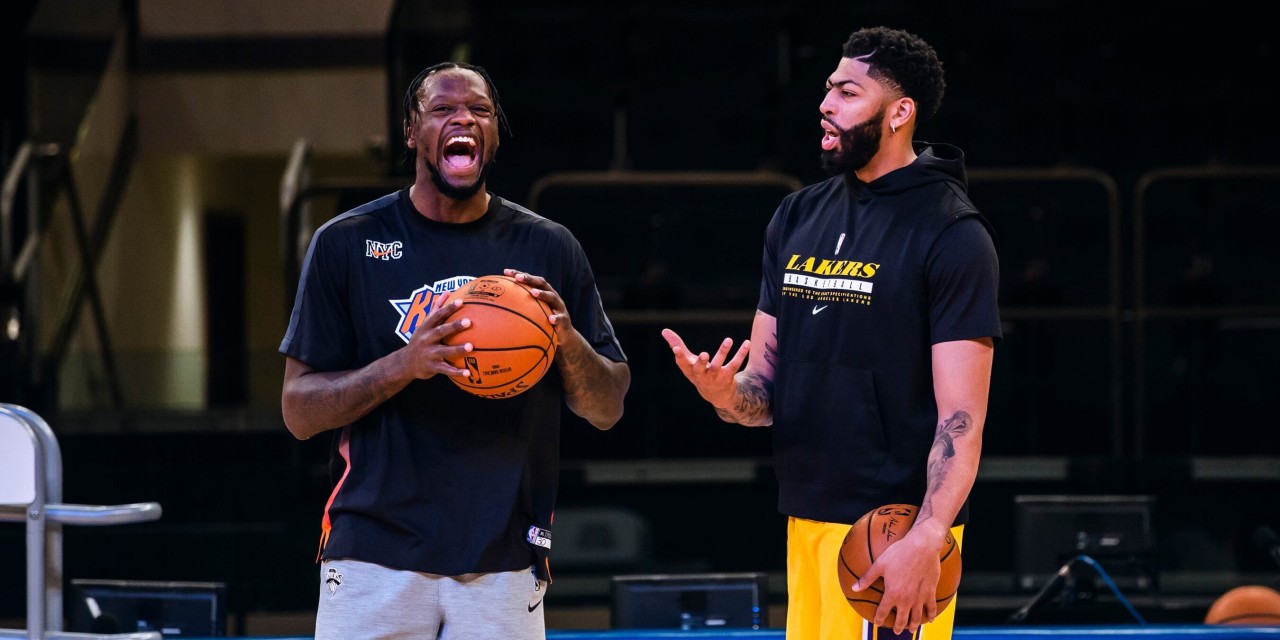 Julius Randle may have redefined a revenge tour en route to being named the Eastern Conference Player of the Week. Randle faced his two former teams and hometown team and left a massive imprint in each game, all Knick wins by the way, and averaged 35.8 points, 8.3 rebounds, and 6.5 assists per game.

The week started innocently enough with news that Randle had finally re-braided his hair after a few lackluster performances.

Thoughts and prayers to the competition pic.twitter.com/2Ls6WJlcvy

Anyone who has watched the Knicks this season knew the possibilities Braided Randle could bring. What it brought was a four-game clinic against two teams that let him walk, and a homecoming like no other.

Randle set the tone Monday night with a 34-point performance in a 111-96 victory over the team that drafted him, the Los Angeles Lakers. Randle bullied the Lakers all night, carrying a heavier offensive load than usual with R.J. Barrett off his game.

He kept the momentum up on Wednesday with a visit to New Orleans against his former team, the Pelicans. Randle poured in another 32 points to go along with eight rebounds and five assists in a narrow victory.

On Friday, Julius Randle reintroduced himself to national television. In many ways, Randle’s 44-point game against the Dallas Mavericks was his best game as a Knick. Beyond the obvious implications of dropping a season series to Kristaps Porzingis, Randle had one of his worst games of the season when the Mavericks came to Madison Square Garden. Returning home at the peak of his powers set the stage for a big night.

From his very first shot, you felt something, by his third shot you knew it was on. He scored from each level for his first three makes and was in flamethrower mode the rest of the night. Had he not gotten tired towards the end and knocked down two more free throws, he would have had a career-high. Instead, Randle finished with 44 points, 10 rebounds, seven assists, one steal, one block, and of course the win.

Sunday proved to be the toughest game of the four. Zion Williamson had a memorable MSG debut, but Randle kept up with the phenom every step of the way. Randle effectively canceled out Zion’s 34 points with 33 points of his own, as well as 10 assists, five rebounds, and five steals.

He kept his team around long enough for some magic to occur and hit the dagger to secure a wild comeback win.

JULIUS RANDLE AT THE BUZZER pic.twitter.com/VuQr27Nqzq

The fourth win of the week, and sixth in a row and counting, puts the Knicks in a great playoff position. Sunday’s game was the start of a six-game homestand, one that could net the team its first winning season and cement a playoff berth for the first time since the 2012–13 season.

For Randle, this should wrap up his Most Improved Player campaign, and elevate him towards more compelling arguments. ESPN’s Jeff Van Gundy spoke highly of Randle during Saturday night’s game featuring Western Conference Player of the Week Stephen Curry, going as far as to bring up the MVP. The chance of Randle becoming a meaningful MVP candidate is minimal, but All-NBA is a different discussion and one that has to be had.

It was a hell of a week for Randle and the Knicks, and one that hopefully put the national audience on notice: Julius Randle is for real and so are the Knicks.