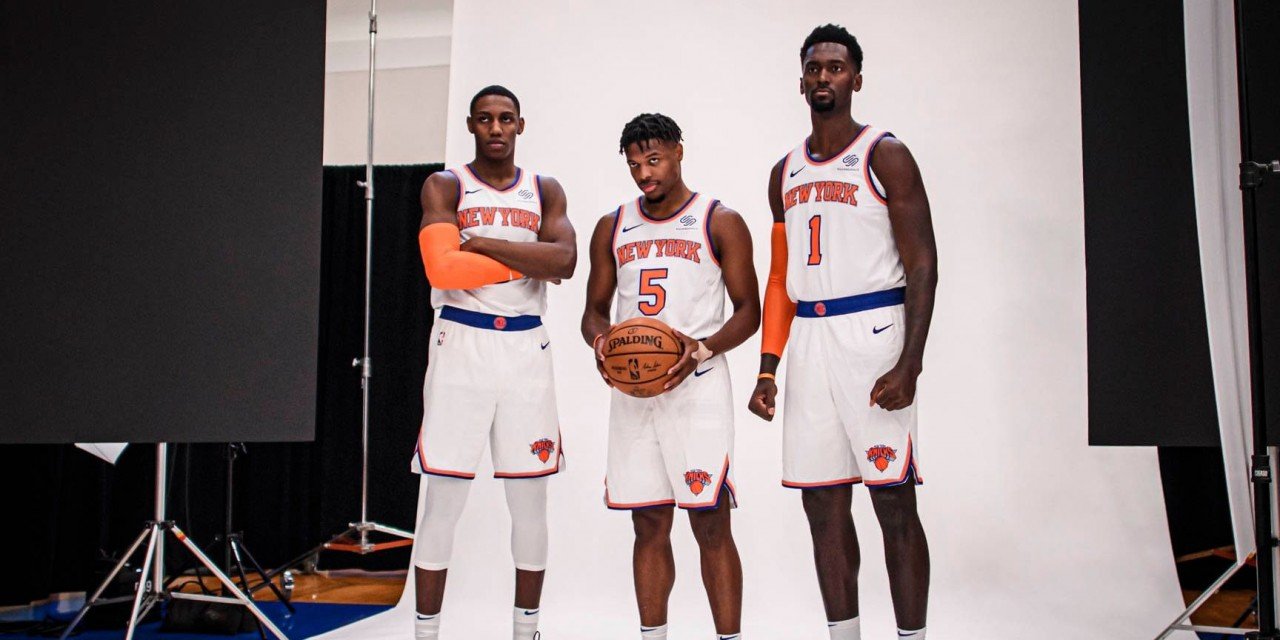 The Knicks have two talented young players in Julius Randle and Dennis Smith Jr., the latter of whom will have a full season ahead.

The Knicks didn’t sign any All-Stars, but they’re hoping a couple of players on the roster can develop into them.

The Knicks whiffed in free agency with superstars Kevin Durant and Kyrie Irving, and reportedly cancelled a meeting with then–free agent Kawhi Leonard when they figured they had no chance to sign him.

In short: the Knicks had a mostly disappointing summer, even if they did a serviceable job salvaging the offseason.

If you follow me Twitter, you know I’ve been a staunch critic of yet another summer where the Knicks put themselves in prime position for free agent spending, only to come up with middling results.

That said, I’ve also long been high on Julius Randle. After years of me openly pining for him to come to New York to form a formidable frontcourt duo with Kristaps Porzingis, Randle finally found his way to The Mecca to partner with second-year center Mitchell Robinson. The offensive stalwart figures to be the yin to Robinson’s defensive yang and, at the very least, on paper this duo could truly develop into a formidable 1-2 punch if Randle continues his ascension into a top flight option on offense, and Robinson rounds himself into one of the top defenders in the league.

Randle on his leadership role:

“If’s” are far from guarantees around these parts, but both are on team-friendly contracts with a ton of on-court upside.

Randle is coming off a strong season in New Orleans which saw him average an career-high 21.4 points, 8.7 rebounds, and 3.0 assists a night. If he can further those numbers this season, he’ll at least be in the conversation for an All-Star bid.

The other Knick on the roster expected to take a big leap is none other than Dennis Smith Jr. Listen, we know what happens with point guards in New York, and it hasn’t been pretty for quite some time. It’s been a revolving door at that position, but Smith has a real shot at putting an end to that constant turnover if he can just make a few small tweaks to his game. Speaking with Smith on Monday in Tarrytown, he feels the results will take care of themselves.

Smith spoke at length about the work he’s put in this summer, both with the Knicks’ assistant coach Keith Smart helping him get his jumper right and with the work he’s put in on his own. The point guard was asked repeatedly about his jumper and what goals he may have for it this coming season. Smith kept it close to the vest: “I set a couple goals for myself,” he said, but he wants to keep them to himself. The former Mavericks lottery pick repeatedly mentioned he’ll be shooting more from outside, which is music to the ears of Knicks fans praying for an improved jump shot.

Smith is coming off a bit of an odd season where he posted a respectable 13.6 points, 4.8 assists, 2.9 rebounds, between both Dallas and New York. The second-year guard, whom the Knicks originally passed on for Frank Ntilikina, ended up taking a backseat in Dallas with the arrival of Luka Doncic. While Smith played off-ball more, he saw his efficiency rise considerably before being traded to New York and subsequently injuring his back soon after his arrival. While his scoring and assist numbers rose a bit, his efficiency dipped. Whether it was due to the circumstances of the trade, or to the lingering back injury, we’ll find out soon enough where Smith stands.

Entering his third year now, both the Knicks and Smith expect big things to come. When asked if playing well means being impactful in terms of wins for the team, Smith stated “the best version of Dennis Smith Jr., you put him out on that Knicks team, it’s a pretty good team.”

Entering a season where the Knicks have no true star players on the roster and a bevy of youth looking to make an impact, Julius Randle and Dennis Smith Jr. are looking to elevate their games to help the Knicks turn things around.