Julius Randle Dominates Again, Knicks End the Year With a Victory Over Wizards 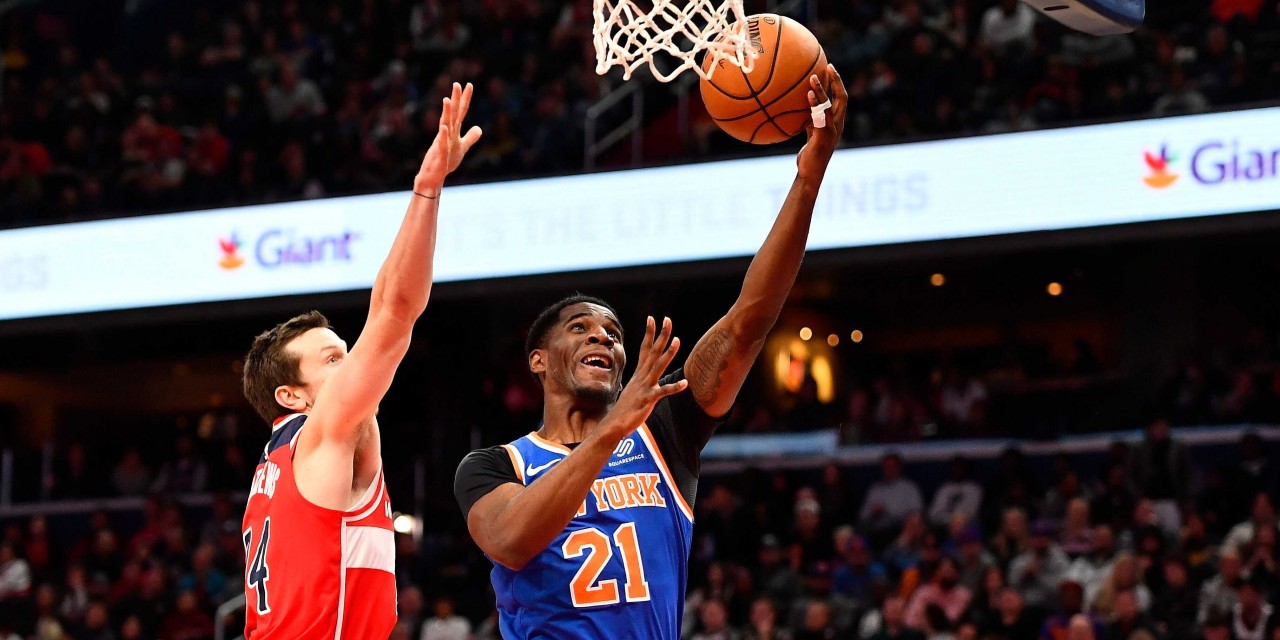 Knicks forward Julius Randle had another big game in Saturday’s rematch against the Wizards, which resulted in an 2019-closing road win.

With both teams playing earlier in the week, the two squads were very familiar with each other, but with a twist. The Wizards announced about an hour before tip-off that All-Star shooting guard Bradley Beal was out for the game with an injury. For the Knicks, it was a reprieve of facing a team without their best scorer. For Washington, it created a conundrum of figuring out how to score with their best player out.

And outside of four turnovers in their first four possessions, the Knicks’ offense was humming. Julius Randle had a good start, bullying Washington’s third- and fourth-string bigs, while rookie swingman R.J. Barrett had a couple of good looks attacking the basket. However, the player who carried things, at least offensively, was Bobby Portis. The 24-year-old Portis had 15 points in the first half and carried New York against his former team.

Leading by 10 to end the first quarter, the Knicks looked like a team moving towards an easy win, but things weren’t that simple. Washington’s offense took advantage of New York’s defense, thanks to easy transition baskets via 21 turnovers. The trio of Thomas, Ish Smith (13 points), and Gary Payton II (15 points, six rebounds, and six steals) were able to keep D.C.’s offense afloat, even with Beal sidelined on Saturday.

The second half was a slog, with neither team scoring 50 total points between the third and fourth quarters. Jordan McRae (20 points, five rebounds) had some big threes to keep it close in the final minutes, but veteran forward—and rumored trade target—Marcus Morris knocked down some free throws, both to salvage a poor night and give the Knicks a win to close out 2019.

Let’s go to the notes

The Knicks host Carmelo Anthony and the Portland Trail Blazers on New Year’s Day at the Garden.