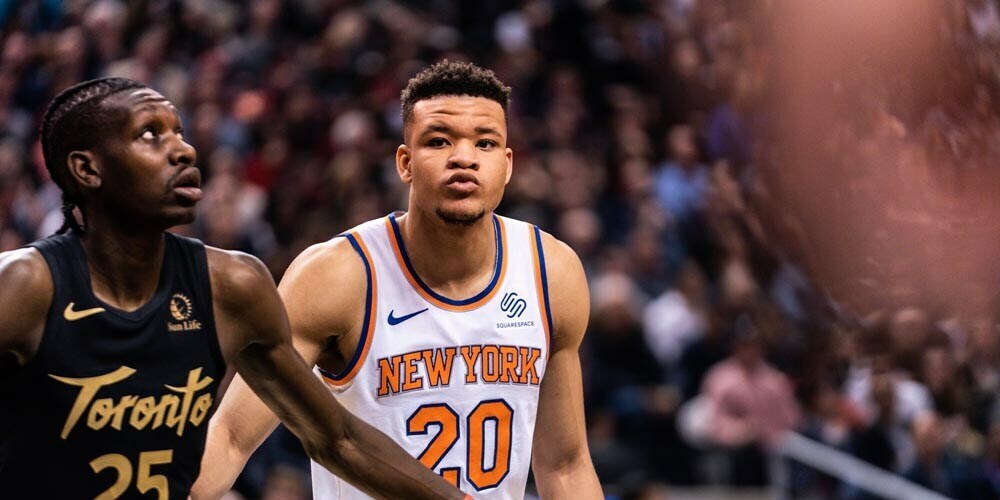 The Knicks, on the second night of a four-game road trip, visit the Raptors in Tampa seeking a third straight win—while the Raptors search for their first.

If I told you one of these two teams would enter this game at 0-3, you probably would’ve picked the New York Knicks (2-2). You’d think the Toronto Raptors, a playoff team on the brink of making back-to-back conference finals appearances, would be riding high. And yet, the Knicks are coming off of consecutive victories, while the Raptors are looking for their first win of the 2020–21 campaign.

For now, the Knicks are 2-2 and positive vibes are afoot. Not only from their 20-point whooping of the Milwaukee Bucks, or the recent play of Julius Randle, but because new head coach Tom Thibodeau has brought his system and ethos to the Knicks. New York doesn’t shoot a ton of threes, but they’re playing hard and defending, which is enough to scrape together some victories.

While Toronto, a team with higher expectations, has sputtered a bit to end the year.

The Raptors are a roster of familiar faces. Re-signing Fred VanVleet and extending OG Anunoby were their biggest moves, and the idea was to see them take a step forward and remain one of the top teams in the Eastern Conference. So far, the offense has sputtered, ranking 30th in offensive efficiency. Pascal Siakam has shot poorly to start the season (47.7% True Shooting) but continues to be an effective big for Toronto.

Another thing the Raptors are figuring out is their center rotation. Marc Gasol and Serge Ibaka left this offseason and were replaced with Chris Boucher and Aron Baynes. So far, the combination has been fine, but a downgrade over the Gasol-Ibaka combination that won them a title. Baynes has struggled to space the floor (18.2 three-point percentage) as he did in Phoenix.

The Raptors are sputtering, but they’re still a good team, and they’re looking to get their first win of the season. The Knicks visit them in their temporary relocated home in Tampa, Florida.

Toronto’s big man combination: Randle is on fire at the moment, coming off a triple-double against Cleveland. That said, this is the best group of big men he’s played in recent memory. The Raptors have Siakam, Boucher, Baynes, and Anunoby. All four could pester Randle on the defensive side with their length and ability to defend him on the perimeter while pressuring him on the offensive end with their shooting. This is another test for Randle.

R.J. Barrett figuring it out: Barrett is currently shooting poorly (38.7 FG%, 18.8 3P%), but he’s also averaging 16.3 points, 7.3 rebounds, and 3.8 assists. He continues to show a slasher game, getting to the basket and garnering free throws. Much like Philadelphia did with Ben Simmons, it will be interesting to see if Toronto puts Anunoby on him to effectively shut him down. Personally, I would like to see Barrett continue to shoot and figure it out, regardless of who is on him.

The Knicks and shooting the ball: This match will be a contrast of styles, as Toronto ranks first in three-point attempts per game, while the Knicks rank 29th. If the Knicks get blown out, it’s because Toronto’s threes are going in while the Knicks struggle to keep up. Randle and Elfrid Payton, two poor shooters, are shooting over their heads, but the likes of Alec Burks and Reggie Bullock have done a good job providing that spacing on the floor. New York can use more of that and could go for shooting eight to 10 more threes per game, but for now, it’s working.

Records aside, this is a nice test for New York and their new ethos under Thibodeau. In a way, the Raptors are the team the Knicks should be attempting to build. Outside of Siakam, who is on the steps of stardom, Toronto has multiple ball-handlers, good shooters, and defensive versatility. The Knicks will never shoot the most threes, but having good shooters on the roster is always a positive in this era of basketball.

Much like the last two games, the Knicks are going to have to play with the same intensity and, unfortunately, the same luck. New York knocked down over 50% of their threes, got the Randle triple-double, and defeated the Cavaliers, one of the worst teams in the league, by single digits. Toronto’s three-point shooting will even things up if New York continues to play out of their head, but this is a nice matchup for a Knicks team looking to see where they are among the Eastern Conference.

A win would be great, but a consistent battle against one of the best teams in the East would a fine change of tune compared to previous seasons.

Pascal Siakam is not listed as a starter tonight for the Raptors, but the team has not yet announced the All-Star is out against the Knicks.

»READ: The Masai Game: how the Knicks match up against the Raptors