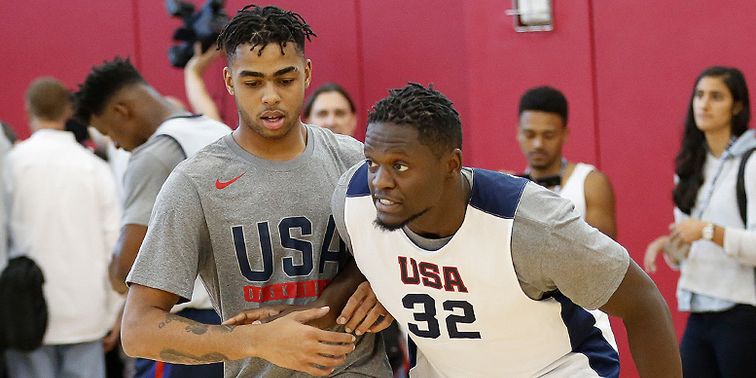 Randle, 24, signed a three-year contract worth approximately $63 million with the Knicks during free agency, with a team option in the third year. He’s a 6-foot-9 big man who can play either frontcourt position and Randle previously won a gold medal competing for Team USA’s under-18 squad at the FIBA Americas Championship in Brazil in 2012.

The Boston Celtics’ fourth-year wing Jaylen Brown has simultaneously been invited to USAB’s training camp, too, per Charania.

New York’s rising sophomore center Mitchell Robinson was recently invited to participate on the USA’s select team, coming into training camp as a warm-up adversary for the A-Team.

Randle last played for the New Orleans Pelicans during the 2018–19 season after a three-plus season tenure with the Los Angeles Lakers, who drafted the Texas native out of the University of Kentucky seventh overall in the 2014 NBA Draft.

Randle is one of multiple forwards signed by the Knicks during the 2019 free agency period, including Taj Gibson, Bobby Portis, and Marcus Morris.

Previously Knicks to represent the United States abroad include Tyson Chandler and Carmelo Anthony, the latter of whom won three gold medals and is Team USA’s leading scorer and record-holder in games played.