After struggling in his first season with the Knicks, Julius Randle’s 2020–21 season is one of the most important seasons in franchise history.


Where does Julius Randle’s 2020–21 season rank among some of the greatest individual New York Knicks performances? It’s tough to say.

After Reed, it gets much more difficult to decipher what qualifies as great Knick seasons and how they rank out.

There are strong statistical feats like Mark Jackson’s historic rookie season. Jackson won Rookie of the Year in the 1987–88 season and still holds the record for assists per game as a rookie (10.6) and total assists (868). Micheal Ray Richardson also averaged double-digit assists for a full season, 10.1 assists per game, and 3.2 steals per game in the 1979–80 campaign. Bernard King’s 1984–85 season is known among fans for its scoring explosions. King averaged a career-high 32.9 points per game that year, including a 60-point and 55-point game against the New Jersey Nets, but the team won just 24 games that year.

Though the season isn’t over just yet, Randle’s 2020–21 campaign will somewhere near the top. But emblematic to his game, there is a multifaceted approach to appreciating how great Randle has been this season. There is no one thing to point to, like King’s scoring spree or Jackson’s inaugural season.

Randle has done a little of everything, quite literally. Only three players have had more triple-doubles in a single season than Randle has this season. He’s also had a few firsts in franchise history. Randle is the first Knick to put up 40 points, at least 10 rebounds, and five assists while shooting 50.0% from the field, 40.0% from three, and 90.0% from the free throw line in a game.

During the team’s nine-game winning streak, Randle became the first Knick to average at least 30 points per game, nine rebounds, and six assists for any nine-game stretch, placing him among the best scorers in Knick history, joining guys like Ewing, Anthony, King, and Amar’e Stoudemire.

Off those statistical feats alone, Randle has put together one of the best seasons in team history. With some context added into the mix, Randle’s ‘20–’21 season is not only one of the most impressive seasons in franchise history but the most important. He made the All-Star team, should win Most Improved Player, and has a good chance to make an All-NBA team this season.

Rebounding after a disappointing season

When Randle signed with the Knicks, the prevailing thought was that they’d hit rock bottom. The front office had hinted at major free-agent signings that included Kevin Durant, who did sign in New York, just not the Knicks. Randle, who signed a three-year, $63 million deal, was pushed as the great consolation prize, and when the Knicks stunk it up in his first trip, Randle was at the center of it all. Needless to say, this ushered in a feeling of eternal darkness.

The forgettable first season had a lot more to do with the team putting Randle in a poor position to succeed than Randle playing poorly. He averaged 19.5 points per game and shot 46%—near identical to his 46.3% this season. After inking Randle, Steve Mills and Scott Perry made redundant or poor-fit signings, clogging the floor and making Randle’s job tougher. Some players turned it around, like Reggie Bullock, but the other signings failed to help bring the best out of the former Kentucky Wildcat.

In hindsight, former head coach David Fizdale was hired to be a camp counselor who supervised a team with two superstars. Once the Knicks failed to bring in Durant or Kyrie Irving, Fizdale relied on isolation ball with Randle as the headliner, and the results were not pretty. The season went so far south the assumption before the season was that Randle would be moved on, and eight overall pick Obi Toppin would take over to be R.J. Barrett’s new running mate.

Fortune flipped on a dime once Leon Rose took over as team president. Rose and Executive Vice President William Wesley immediately focused on righting Randle. Wesley asked Randle what he needed to be an All-Star and be a leader; Randle asked for a coach that would hold him accountable. Tom Thibodeau was brought in, and the rest will be remembered as history.

He improved his numbers in every category: 24.2 points per game, 10.3 rebounds, and a career-high 5.9 assists per game. He’s shooting a career-high 81.1% from the free throw line and an unfathomable 42.7% from three. The quantum leap in outside shooting accuracy is what opened everything up for Randle. More than doubling his three-point percentage from the previous season, Randle’s shooting unlocked not only his game but those around him as well.

A major issue under Fizdale was that Randle mainly operated on the block, which defeated the purpose of using Randle as a point-forward. Thibodeau gave him more offensive freedom and flexibility to fulfill former teammate Kobe Bryant’s vision of Lamar Odom in a Zach Randolph body.

Under Fizdale, Randle was nothing more than a Z-Bo impersonator. Sure, he scored his points, but there was not much versatility to his attack. 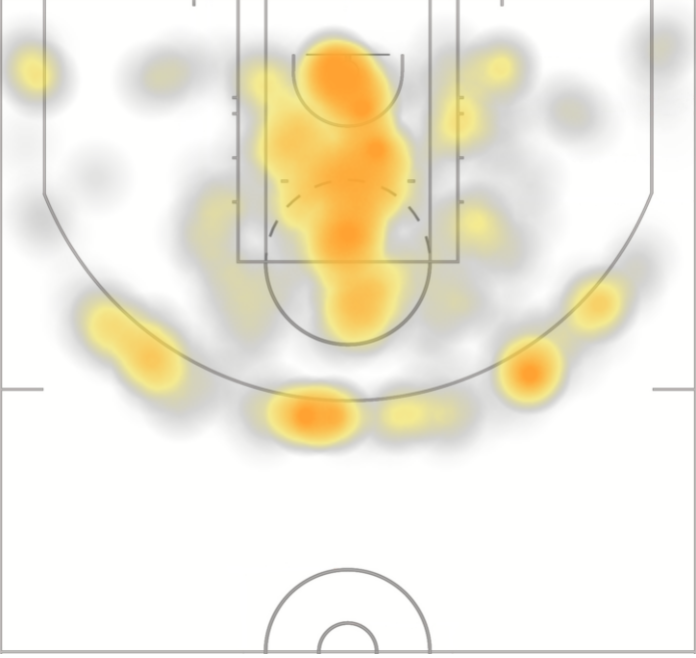 This season, Randle has become a threat from anywhere on the floor, and someone the defense has to game plan for or suffer the consequences seriously. According to Cleaning The Glass, Randle ranks in the 92nd percentile in three-point shooting, 90th percentile in non-corner threes, which has also led to a smaller leap in long twos, improving from 39% last year to 45% this season. 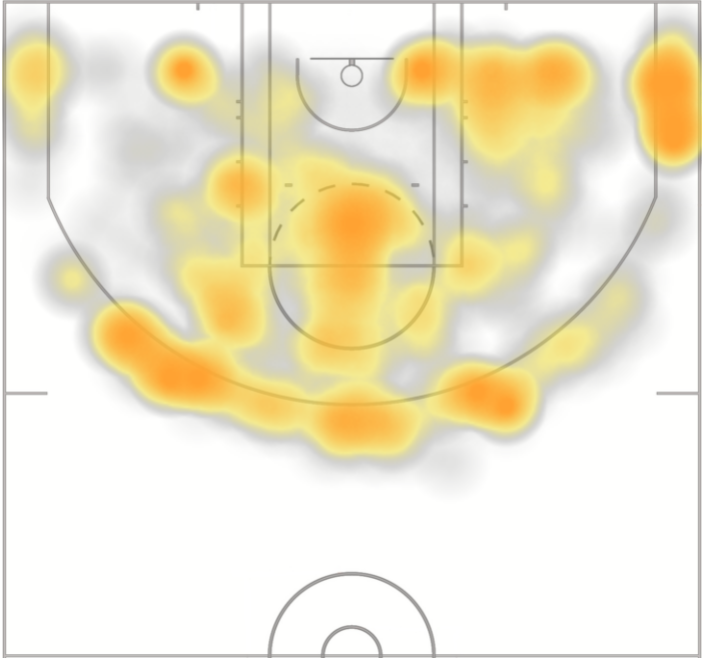 The most important benefit of Randle’s breakout season has been the development of R.J. Barrett. Randle and Barrett were looked at as incompatible heading into the season, in large part due to most being bearish on either’s ability to shoot. After a poor shooting season from both, Randle’s vastly improved shooting has decongested the floor, which has freed Barrett up to attack at all three levels, specifically in the paint where Barrett can leverage his superior strength.

Last season there were limited Barrett paint touches because Randle was stationed there more times than not. That is not the case this season, with Randle now a threat from anywhere on the court, and Barrett has taken advantage of an ever-evolving post-game.

This brings me back to the significance of Randle’s timing. Randle’s ‘20–’21 campaign has given the Knicks the franchise player they have searched for since Anthony, and an exciting young player in Barrett fit alongside him. Combine those two players, a young upstart rookie in Immanuel Quickley and a treasure trove of assets, and the Knicks feel to be on the verge of a contender.

There are similar vibes from Stoudemire’s first season in New York, where under eerily similar circumstances, Randle was tasked with carrying the franchise following an unsuccessful star hunt. The stark difference is Randle’s timing was a tad better, and the team is in a much better position to sustain any success it sees over the next couple of seasons.

Randle has gotten the Knicks off the hamster wheel the franchise was stuck on the past seven seasons. He’s become the unquestioned leader, bringing it every night as his statistical achievements show.

Behind the scenes, his gym rat mentality has been a common thread with his other teammates. When you hear the championship teams talk about Willis Reed, there was an assumed standard that you had to play with, a defined culture. Reed left it all on the court, and his teammates followed suit. The same is now happening for Randle.

He has a way to go before coming close to Reed’s status in Knicks lure, but there is no question of Randle’s effect on this Knicks team. There is now an expectation of winning games, being relentless, and putting in the extra work.

Good times lay ahead for the New York Knicks, and no piece is more important to that success than Julius Randle.

»READ: Julius Randle is the offensive engine of the New York Knicks