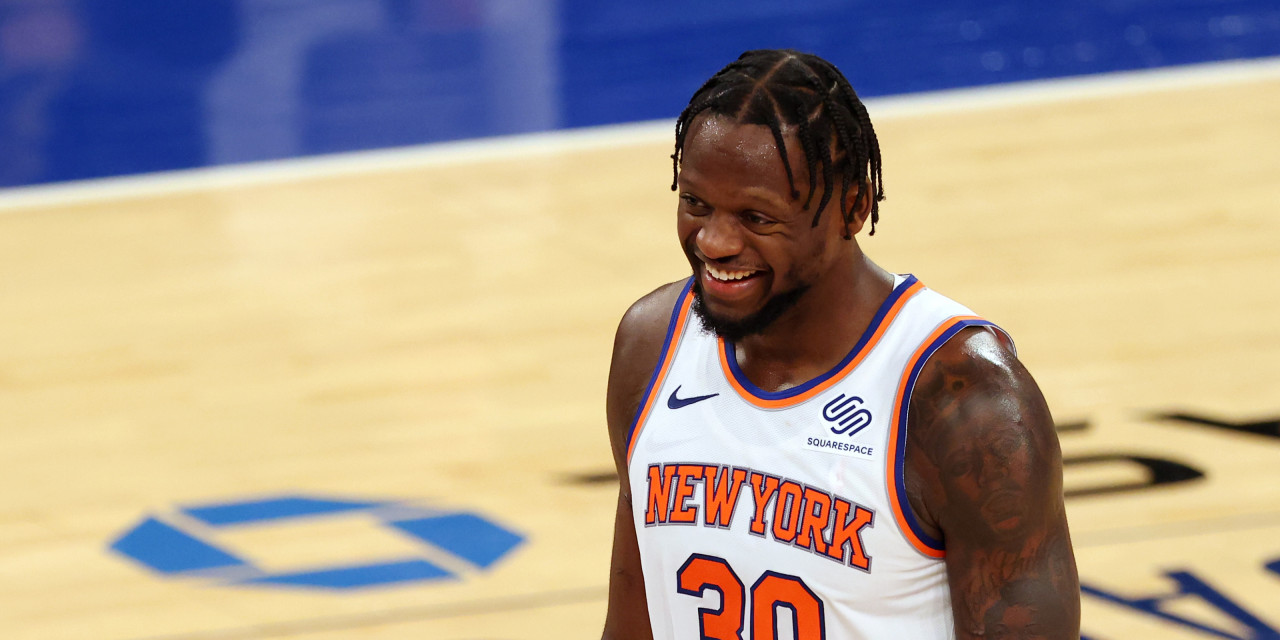 All-NBA power forward Julius Randle has signed a four-year contract extension with the Knicks worth over $100 million, staying with the club for the next five years.

Last but not least, the New York Knicks are inking their All-Star forward Julius Randle to a massive contract extension on the fourth day of NBA free agency.

Per ESPN’s Adrian Wojnarowski, the Knicks and Randle agreed to a four-year, $117 million extension, effectively inking the first-time All-Star to effectively a five-year deal worth $140 million including Randle being under contract already for 2021–22. The fourth year (2025–26) is a player option, according to Woj, and while the reigning Most Improved Player of the Year could have waited until next offseason to sign a more massive extension with the team as a free agent, both sides wanted to “commit” to the franchise now.

Randle gave the Knicks his best career season in 2020–21—and in return delivered the franchise their first postseason trip in eight years. The accolades speak for themselves, but Randle put up 24.1 points, 10.2 rebounds, and 6.0 assists per night, shooting 45.6% from the field and a remarkable turnaround from deep—41.1% from three, rightfully earning a spot on the All-NBA Second Team.

However, the Knicks and Randle couldn’t get it done against Trae Young and the Atlanta Hawks in the first round of the NBA playoffs. Young and the Hawks steamrolled over New York (eventually losing to the champion Bucks in the conference finals), with Randle turning back into a pumpkin during that series. Nevertheless, Randle’s impressive season over the course of 72 games rewarded him with the nine-figure contract extension.

The Knicks spent free agency re-signing most of their internal veteran free agents—minus Reggie Bullock—and adding former Boston Celtics backcourt teammates in Evan Fournier and former All-Star point guard Kemba Walker just yesterday. Walker was bought out of his contract with the Oklahoma City Thunder (traded there by the Celtics) and will be signing a two-year deal with the Knicks worth around $8 million per year.

It seems like nearly every Eastern Conference team has reloaded in the offseason, but the Knicks are seeking to improve their chances at the conference title by betting on Randle, Walker, and Fournier, along with steady improvements from the vets.

Under contract for five more seasons, Randle could very well turn into a staple of the Knicks should he get the job done.