Randle Goes for 30, Knicks Find Their Footing vs. Cavaliers 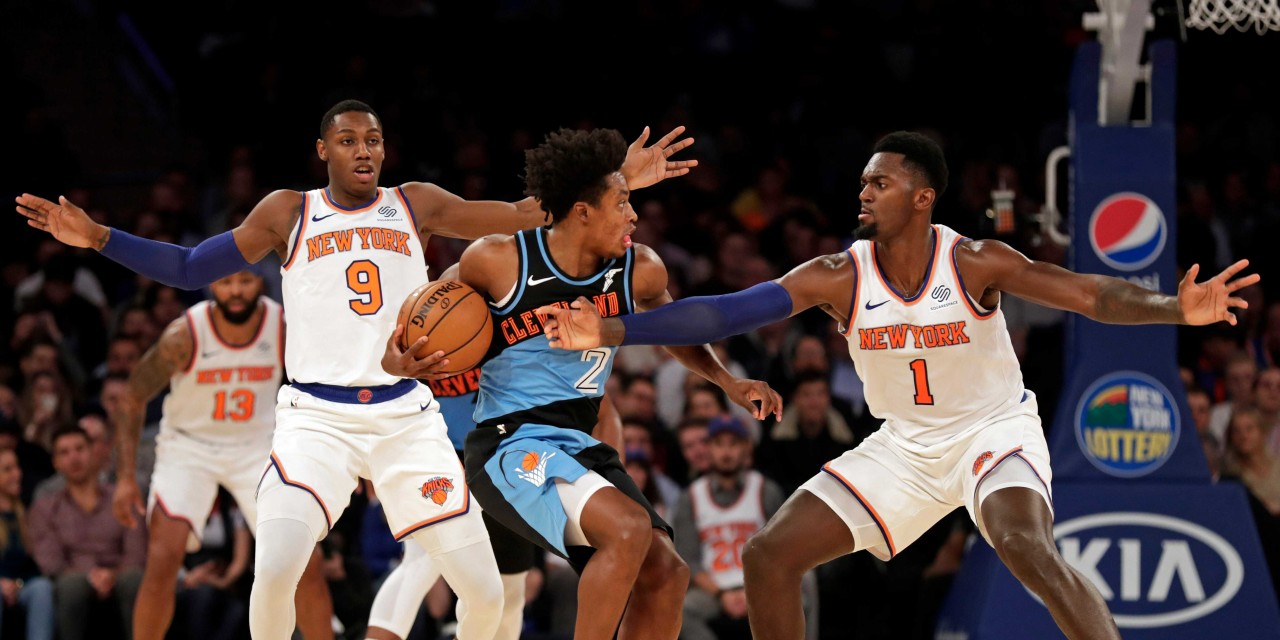 The Knicks easily defeated the Cleveland Cavaliers at home on Monday night, taking vengeance after previously being blown out last week.

The New York Knicks defeated the Cleveland Cavaliers by a final score of 123-105. Julius Randle finished with 30 points, seven rebounds, and four assists for the Knicks. For the Cavaliers, Kevin Porter Jr. finished with 18 points, four rebounds, and three made threes. With the win, the Knicks move to 4-10 on the season.

After last Sunday’s drubbing at the hand of the Cavaliers, New York started the game with one intention: getting off to a hot start. Mission accomplished.

Cleveland took advantage of New York in the first game with their quick guards attacking the basket. The likes of Collin Sexton, Darius Garland, and Jordan Clarkson all had success getting to the rim and attacking New York’s big men, often drawing fouls or finishing at the rim.

In this game, however, New York started Taj Gibson, who offered a bit more defensive balance. His frontcourt mate, Julius Randle, kept New York’s offense alive with his ability to bully big men down low and finish at the rim. Randle also had the fadeaway going, which made him an issue for Cleveland’s defenders.

Turnovers were key for the Knicks in this game, as New York didn’t register one until the 7:58 mark in the second quarter. Whether it was Frank Ntilikina, Dennis Smith Jr., or Julius Randle, the Knicks got into their offensive sets and found a way to get some great looks.

Much like the last game, one team took advantage of the other early and broke their will before the start of the second quarter. The Cavaliers got within eight points early in the second quarter, but New York’s offense was too much for the Cavs, while the defense forced Cleveland into some poor shot attempts.

If there was one thing to nitpick on was that New York’s defense is still too hit or miss. Part of that is the personnel on the Knicks roster, but Cleveland still finished with 47% shooting from the field and 47% shooting from beyond the arc. The Knicks still largely guard inside the arc, which makes them susceptible to shooters.

Even though Larry Nance Jr. and Kevin Love were out, a win is a win—and the Knicks needed one. On to the notes.

Season high 30 points for Julius Randle tonight. This is why the Knicks signed him this summer. pic.twitter.com/pJVy0GrNhB

The Knicks travel to Philly for a one-game road trip against the Sixers on Wednesday.

»WATCH: Julius Randle finally breaks through for the Knicks against Cleveland