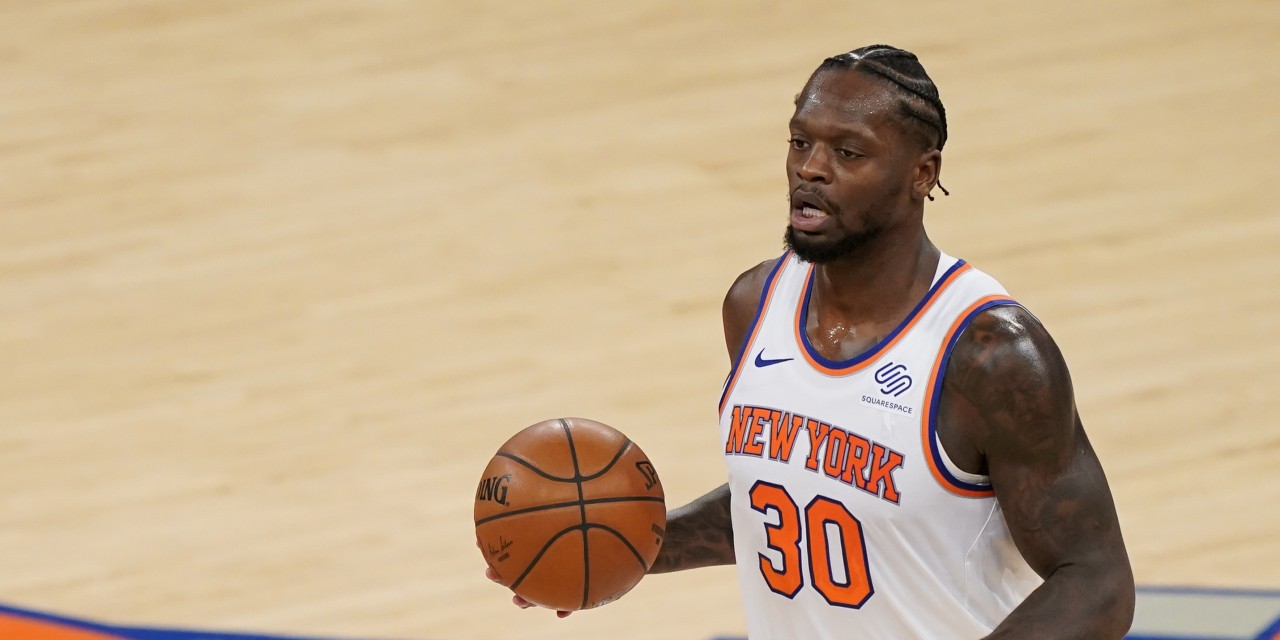 Julius Randle has won the 2020–21 Most Improved Player award, submitting one of the best seasons in the history of the Knicks.


Julius Randle has won the 2020–21 NBA Most Improved Player award, according to The Athletic’s Shams Charania. After a poor first season in New York, Randle rebounded with 24.1 points, 10.2 rebounds, and 6.0 assists in 71 games played. His biggest improvement came in his outside shooting, going from 27.7% to 41.1% in his second season in New York. As a result of Randle’s improvement, the Knicks went from a 26-win team to a team that went 41-31 and earned the fourth seed in the Eastern Conference.

Randle’s victory continues a banner season for the former Kentucky forward. Randle will most likely close out the season with his first-ever All-Star appearance, Most Improved Player award, a spot on one of the three All-NBA teams, and some MVP votes. Entering the final year of a three-year, $63 million contract, the Knicks will have the ability to retain Randle for the 2021–22 season for just $19.8 million. A contract extension, something the Knicks and Randle will discuss in the offseason, is looming.

The Knicks, with Randle, host the Atlanta Hawks for Game 2 of the first-round playoff series at the Garden on Wednesday, where we could see the new Most Improved Player receive his honor in front of roughly 15,000 fans. However, Randle and the Knicks will be on a mission to tie up the series after Atlanta stole Game 1 in cold-blooded fashion.