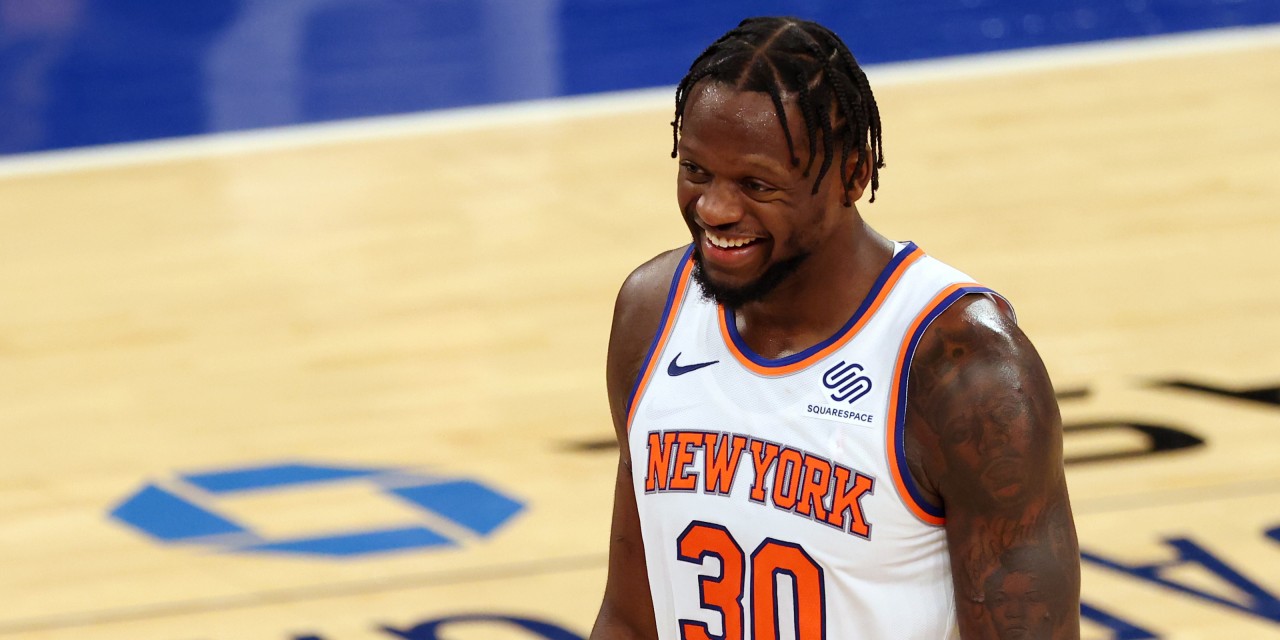 The accolades for Julius Randle’s 2020–21 season now include a selection to the All-NBA Second Team, New York’s first recipient in eight years.

Randle’s 2020–21 season was nothing short of spectacular. The 26-year-old forward drastically improved his game, which earned him the first All-Star game nomination of his career. Playing in 71 of 72 regular-season games, Randle has averaged career highs in nearly every category: 24.1 points, 10.2 rebounds, 6.0 assists and 2.3 made triples in 37.6 minutes per game. He posted shooting splits of 45.6% from the field, 41.1% from beyond the arc, and 81.1% from the free throw line.

Randle won the NBA’s Most Improved Player award, too, a remarkable feat with the second-team All-NBA honors in the former Kentucky Wildcat’s second season with the Knicks.

The league-wide stat leaderboards feature Randle’s name several times. In terms of stat totals, he ranked tied-for-seventh in points, 10th in rebounds, 10th in total free throws, tied-for-10th in field goals 11th in assists. For per-game stats, he ranked 12th in rebounds, 17th in free throws, 19th in points, tied-for-20th in assists. Randle’s six triple-doubles are tied for the seventh-most in the league and a personal best for a season.

Randle also set personal game-high records in assists (17), steals (5), three-pointers made and attempted (seven and 13, respectively) and was one point shy of matching his career-high in points when he scored 44 points. He scored 30 points in a career-best 15 games this season, making him one of 17 players to meet or exceed that total.

The personal improvements Randle made to his game in the offseason—namely his shot creation from behind the arc—allowed him to uplift the entire Knicks team, as he led New York back to the playoffs after an eight-season drought. Their 41-31 record is their first winning season since they last made the postseason and earned the fourth seed in the Eastern Conference. New York would later lose to the Atlanta Hawks in five games in the first round of the playoffs.

Randle becomes the 14th Knick to be selected to an All-NBA team. New York’s last representation on the All-NBA team was Carmelo Anthony, who was named to the second team for the 2012–13 season.