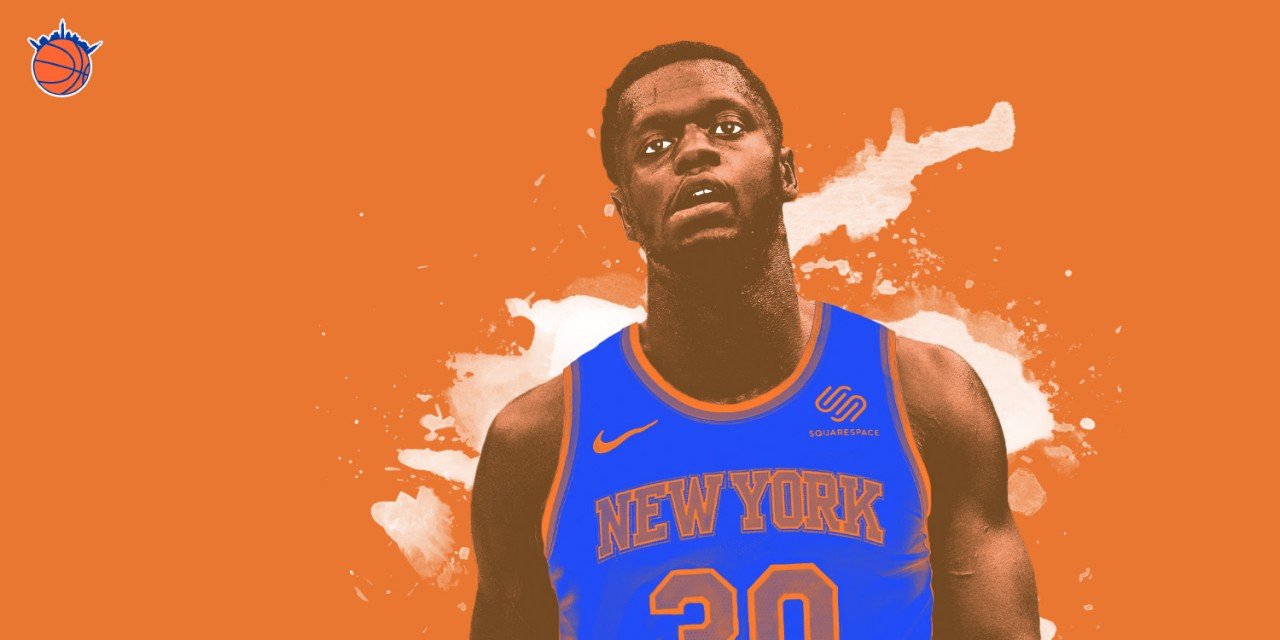 From scoring to passing to rebounding, free-agent signing Julius Randle can open up the Knicks’ offense in a plethora of ways.

After the disaster of watching their cross-borough rivals the Brooklyn Nets acquire Kevin Durant and Kyrie Irving, the New York Knicks acted fast, executing a flurry of moves on the first day of free agency. The first, and arguably the biggest, move was to sign Julius Randle to a three-year deal worth $63 million.

The third year of Randle’s contract is a team option, allowing the Knicks to earmark future cap space if the opportunity to acquire a star arises.

Until then, Randle offers the Knicks a stable big man who could serve an important role as a central offensive hub and be the team’s best offensive threat.

Since he broke his leg just minutes into his first game of his rookie season, Randle has hit the ground running in impressive fashion, increasing his scoring in each of his last five seasons—reaching a crescendo at a career-high 25.2 points per 36 minutes during the 2018–19 season.

When you combine his rebounding and his creation ability, Randle is an excellent offensive player at the tender age of 24. With New York’s young nucleus and free agent additions, Randle has a chance to be a good player for a team looking to make a considerable step forward.

The largest asset in Randle’s game will be his developing three-point shooting.

After years of being an inside force, Randle took a considerable step forward by expanding his game. In his lone season in New Orleans, Randle shot 34% from three-point range on 195 attempts, including a career-high 17.9% three-point rate, per Basketball-Reference.

Alongside an alley-oop threat like Anthony Davis, Randle adapted and moved his game outside. Now, he must continue that progress with Mitchell Robinson at the center position. Although Robinson is considering expanding his range as well, it will be up to Randle to keep some balance in the frontcourt.

Alongside Randle’s shooting is his ability to pass and create on the floor.

Last season, the Knicks tried several dual point-guard lineups in an effort to get more creation on the floor. Now, with the addition of Randle, Pelicans teammate Elfrid Payton, and rookie wing R.J. Barrett on the roster, the Knicks have two additional players who can move the ball and find open shooters.

With a career 15.4 assist rate and an 3.1 assists per game last season, Randle has shown the ability to find the open man when the ball is in his hands. That ultimately means that New York could put new wing players Wayne Ellington and Reggie Bullock on the floor, and Randle could find them to help create space on the floor.

Randle’s ability to find open players also removes pressure off of Dennis Smith Jr. in an important season for the third-year guard. Lineups with Smith and Randle together would offer Smith a strong offensive threat to lean up, as well as another creator who could continue to move or re-establish the offensive if need be.

Taking a peek NBA.com’s passing tracking data, Randle mostly found himself passing to the Pelican point guards—Jrue Holiday, Elfrid Payton and Tim Fraizer. He also found Darius Miller a ton, resulting in Miller shooting 42% from three-point range on Randle’s passes. Someone like Ellington, Bullock, or even Damyean Dotson could be said beneficiaries of Randle’s passing.

In an offseason pivot, the New York Knicks ultimately added a quality big man in Julius Randle. While Randle comes with his own defensive woes, his offensive prowess takes pressure off of his fellow teammates. His passing, namely to point guards and open wings, will benefit several players on the roster, while his budding ability to space the floor could create a solid balance for New York’s offense.

As the Knicks attempt to navigate keeping a clean cap sheet for a star player pivot and adding talent to win games, Julius Randle is a perfectly fine player who could assume a larger role in October, thanks to his multidimensional offensive game.