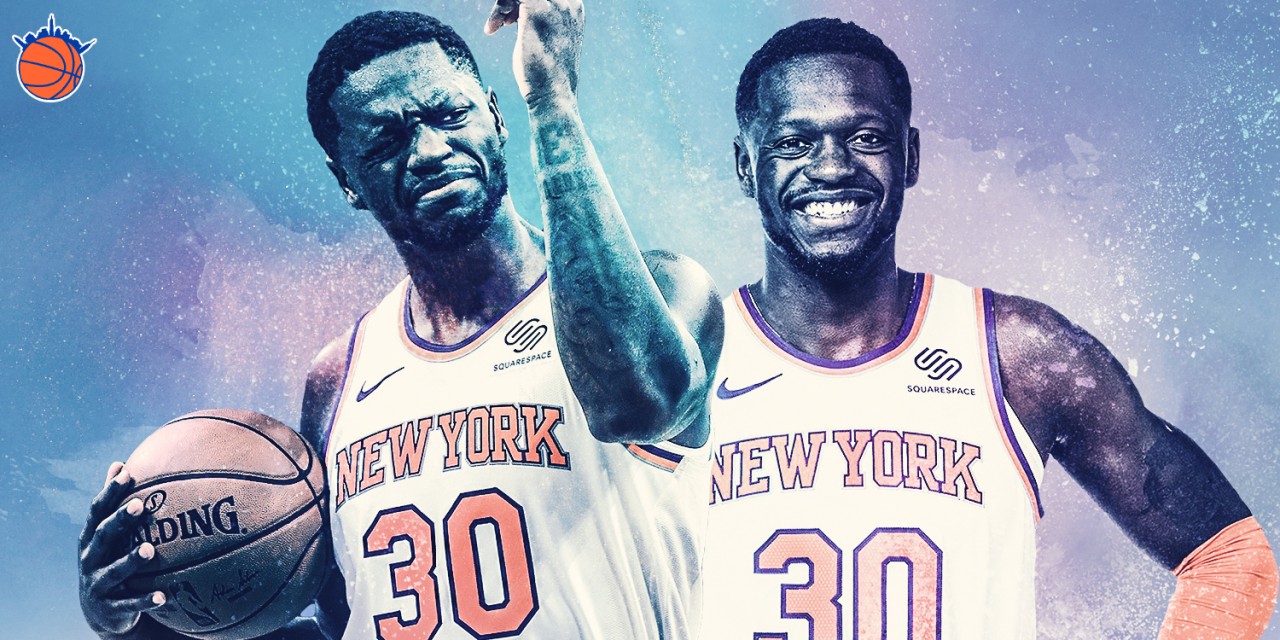 Julius Randle was, ultimately, the biggest free agent the Knicks signed last summer, but he hasn’t lived up to expectations.

After signing a three-year, $63 million contract with the Knicks this offseason, Julius Randle had high expectations for himself.

“I’m just going to bring it every night, man,” he said in an interview with SNY in August. “I’m not going to promise stats, I’m not gonna promise anything. Just bring it every night and do everything I can to help my team win. And I’m going to get better as a player. You’re never going to have to question my commitment, my effort. You’re never going to have to question where my heart is. It’s for this team, it’s for this city, and that’s what it’s about.”

The Knicks are 1-6. Randle has, as promised, played his ass off every night. It has not been enough. Not even close.

The rumblings about whether Randle is a “winning basketball player” have resurfaced following a breakout season in New Orleans last year. Lineups with Randle in them have looked clunky on offense and toothless on defense. After sputtering to a terrible start, it’s hard to ignore how demoralized Randle’s demeanor has become.

Let’s take a look at his disappointing start to the season—what he’s doing well, what’s going wrong, and what can realistically be expected of him moving forward.

The best that can be said about Randle’s start to 2019–20 is that he’s playing a completely different role than he ever played on the Lakers or Pelicans. Coach Fizdale is using him as a “point-forward,” and we’re seeing a lot of growing pains with that shift (more on that later).

We’re also seeing a lot of intriguing playmaking ability! Randle has flashed potential as a creator before, but he’s averaging a career-high 4.6 assists per game. That’s come with a glaring 4.1 turnovers per night, too (more on that later), but Randle has shown the ability to make impressive albeit simple passes out of the pick-and-roll.

Look what happens when Randle plays with patience. He does a great job of baiting his defender, Jonathan Isaac, into the direction of the screen before calmly spinning into the lane. Mitchell Robinson stays pat to turn his initial pick into a back-screen, and Randle takes an extra dribble in space to let Isaac bump into Robinson’s hip. It’s that last step, Randle’s understanding of the internal clock of pick-and-roll timing, that hints at Randle’s potential feel for the game.

He’s also a beast on the boards.

Every lineup with Randle in it is rebounding the hell out of the ball, particularly on the offensive end, per Cleaning the Glass. And his personal rebounding numbers have ballooned to a career-best 10.4 per game, with 3.3 of those coming on the offensive glass.

The Bad & The Ugly

Yikes. Where to start.

A lot of people are pointing to Randle’s abysmal shooting numbers, which have fallen off a cliff (41.8% from the field, 60.7% from the free throw line, 5.6% from three-point range).

Others are slamming Randle for his astronomical turnover average, which trails only James Harden, Trae Young, and Ja Morant.

But the raw numbers aren’t as worrying as how they are manifesting. Randle won’t shoot a single digit percentage from three all year. Some of those missed bunnies at the rim will go in (Randle made 66% of his looks from within four feet of the basket last year, and 69% the season before that, according to Cleaning the Glass). The coaching staff will cut back on actions that require him to make advanced reads, and his turnover rate will deflate as a result.

At the root of all that, there remains the one trait that has plagued Randle his entire career, dating back to his time at the University of Kentucky—tunnel vision.

And based on the start of this season, it looks like it will always be a blight in Randle’s game. In this clip, he does a great job slipping the screen for R.J. Barrett at the exact time Lauri Markkanen hedges, leaving Randle open at the “nail” with an open lane. He floats to the correct spot and stops, allowing Barrett a clean pass, and the opportunity to make a downhill play within the same floor geometry Golden State became famous for with Draymond Green in Randle’s role. It wasn’t long ago that people used Green as Randle’s “NBA ceiling” if he fulfilled his potential, by the way.

That will never happen. It’s Year Five now (if we discount Randle’s first year when he went down for the season with a knee injury his first game). After catching the ball in the “Draymond spot,” Randle completely collapses the defense with a hard dribble to the rim (good), but misses a wide open Robinson in the dunker spot for an easy two points (very bad).

It’s this tendency to bull-rush the basket that Randle can’t seem to correct. And at 6-foot-8 with a limited wingspan, Randle can’t consistently finish through contact. He’s not a Zion-level athlete. Way too often, he gets stuffed or heaves up a prayer hoping to draw a whistle. A player with those flaws is not worth nearly $20 million a year, for any team.

There is a useful NBA player somewhere within Julius Randle.

It is some watered-down version of Aaron Gordon: a bully-ball menace with good feet who is also dangerous as a tertiary playmaker. Still, that is generous, and only representative of Randle’s theoretical ceiling. As currently constructed, he is not in the same universe as Gordon, let alone someone like Green.

It’s doubtful he can reach his apex this season. There’s not enough spacing on the team, and if you rewatch all of Randle’s assists so far, the majority of them are basic kickouts to shooters, easily defended when the scouting report against this team becomes more concrete.

And Randle has to either improve his chemistry with Robinson and Marcus Morris, or the coaching staff has to find a way to stagger their minutes. They are quite possibly the worst “starting” trio in the league (Fizdale has tinkered with his starting lineup nonstop), on both ends of the floor.

He won’t get washed out of the rotation entirely. With the size of Randle’s contract and the politics that come with that, it’d be surprising if he even fell out of the starting lineup barring injury. But he is not a good enough scorer to justify how he plays the game right now, and he’s not a clean enough passer to justify staying on the court in game-defining scenarios.

You feel for a guy like Randle. He said all the right things when the Knicks signed him, waxing poetically but unglamorously about spearheading a culture shift in New York. And it is still early enough to think he will finish with strong counting stats. But dreams of an All-Star-level power forward capable of playing on a relevant NBA team are starting to fade.

Julius Randle has, in fact, “brought it” every night. “It” just hasn’t looked very good.