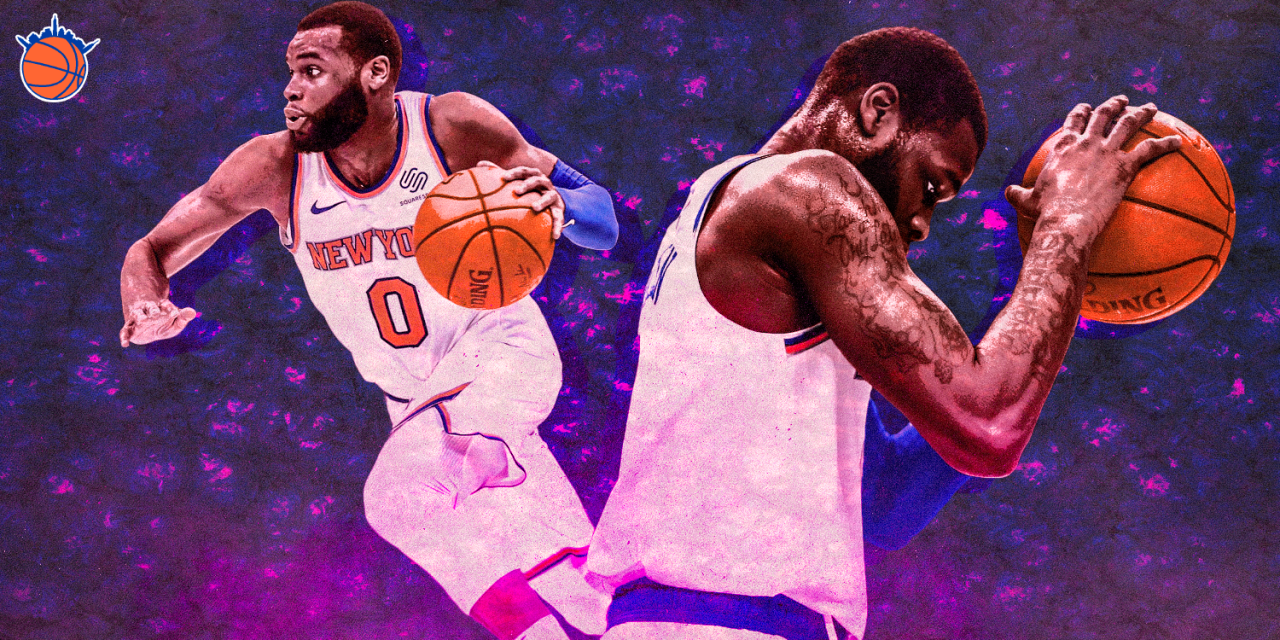 With Emmanuel Mudiay and Frank Ntilikina suffering injuries, G League call-up Kadeem Allen has turned into a nice pickup for the Knicks in dire need of a high-motor guard.

When the NBA first established a developmental league, its purpose was to give the underdog a chance to take the storied journey to the big stage. From the era of 2005–17, NBA D-League teams were managed somewhat separately from their big brother teams, with very few eyes and little fanfare on the players. While the period created opportunities for players like James White, Steve Novak, Earl Barron, and Lance Thomas to gain credible interest from the big clubs, it wasn’t until the G League re-brand that the idea of professional player development became a real priority—and a tangible reality for the Knicks.

Last season, the Knicks signed Trey Burke and drafted Damyean Dotson with the stated goal of assigning them to the G League affiliate. The two have experienced growth, have become fan favorites, and have been huge contributors pushing the Knicks towards a turning point in its offense.

26-year-old Kadeem Allen is the latest Westchester product to assume an effective role as the “Next Man Up.”

Allen left the University of Arizona as a 46 percent shooter from the field, averaging four rebounds as a senior. Though those numbers aren’t exactly remarkable, what’s interesting in how Allen’s value has continued to rise incrementally. Last summer, suiting up for the Celtics’ summer league team for the second time, Allen didn’t get substantial floor time—yet he made the most of it by playing to his strengths as an agile playmaker in transition.

Acquired by the Knicks, Allen averaged a stellar 14.7 points per game, notably racking up 5.2 rebounds per game in Westchester. He plays big and long for a guard who’s only 6’3″—largely thanks to an adept feel for the game and his 6’9″ wingspan. In college, Allen was known for being a stout defender around the rim and on the perimeter. His instinct for putting a body on guys and anticipating clean swipes jumps out on the defensive side of the ball.

When it comes to shooting, the question is: in what way can Allen drop a bucket?

With injuries to Frank Ntlikina and Emmanuel Mudiay, the Knicks’ depleted backcourt has to rely on a multi-dimensional guy who doesn’t need to waste time “figuring it out.” Coming off a hard-fought Knicks win where Kadeem Allen chipped in 14 points and shot 5-of-9 versus Atlanta, it’s clear Allen is a keeper.

The Knicks are now dead last in assists per game. They’re allergic to moving the ball left to right. It’s not that the squad is still a selfish group—even Allonzo Trier has foregone clunkers for the nifty dish. Rather, the penchant for not passing is related to the lack of an actual offense.

Nonetheless, in Westchester, Allen was among the G League’s best ball distributors. Before receiving the call-up, Allen was outside of the top-10 players for assists, averaging 6.4 in 32 games. In the orange and blue, Allen is exhibiting a high I.Q. in finding the roller, as well as consistently keeping his head up in the open floor, making the extra pass for easy buckets.

Without knowing what the future holds at the 1 guard position, Kadeem Allen’s talent for passing makes him the quintessential complementary distributor to a guy like Kevin Durant.

There’s no place on the floor that isn’t Allen’s sweet spot. Scoring a career-high 25 points versus the Cavaliers, he unleashed an arsenal of bucket-getting skills. He got to his spot on three consecutive trips down, as the Knicks outscored the Cavs 31-26 in the often problematic third quarter.

The Knicks have plenty of scoring on the roster, which allows them to stay on the heels of high-octane opponents in the first halves. However, it’s important to build with scorers who are equipped to know when and how to take over a game.

For example, similar to Trier, Allen has a crafty step-back. While he doesn’t have quite the same lightning speed as Trey Burke, Allen honed his quick first step in the G League this season. Per Cleaning the Glass, Allen is finishing at the rim at a 62 percent clip. According to NBA Stats, nearly 42 percent of Allen’s total points come from the paint. Many of Allen’s best shots have come from simply putting his head down and driving hard.

He’s currently in the 98th percentile in the long mid-range distance among all guards, per Cleaning the Glass. Allen could be the cornerstone of a potent second unit because he knows his range yet he’s comfortable taking the open long-distance look if it’s there. Based on his 50 percent shooting from outside (with all of them coming from assists), Allen has the potential to fit in nicely in a Shaun Livingston–esque role.

A common theme in the Knicks world of late is how some players are showing great effort on defense. Mitchell Robinson is rebounding. Trier finally recorded a steal. Although it was tough to find clips of Allen’s defense with the Knicks, a brief view of his college and G League career offers an optimistic peek.

The league respects 3-and-D players. Allen’s greatest area of improvement is becoming a defensive three-position guard.  He sees the lane well. Like Ntilikina, he boasts an intimidating wingspan that permits him to force turnovers easily.

At Arizona, Allen led his team in steals and secured a spot on the Pac-12 All-Defensive Team in his final year. Allen also has the core strength to be a nuisance for bigger 2s and 3s. He’s not afraid to get dirty in the paint and play bully ball. This is the type of energy the Knicks need in a sixth, seventh, or eighth man.

As in the cases of Trier and Dotson, Kadeem Allen comes to the Knicks with an interesting backstory. He was a JuCo player, selected in the second round of the 2017 draft by Boston. Seniors are notorious for having to prove themselves over and over, but it’s taken just a few games to realize that Allen absolutely belongs in the pros. Playing fundamental defense with an awareness of his offensive output, and supplying quality, consistent value for his level of production, Allen should be a piece in the Knicks’ future.