How Invested Should the Knicks Be in ‘Unhappy’ Karl-Anthony Towns? 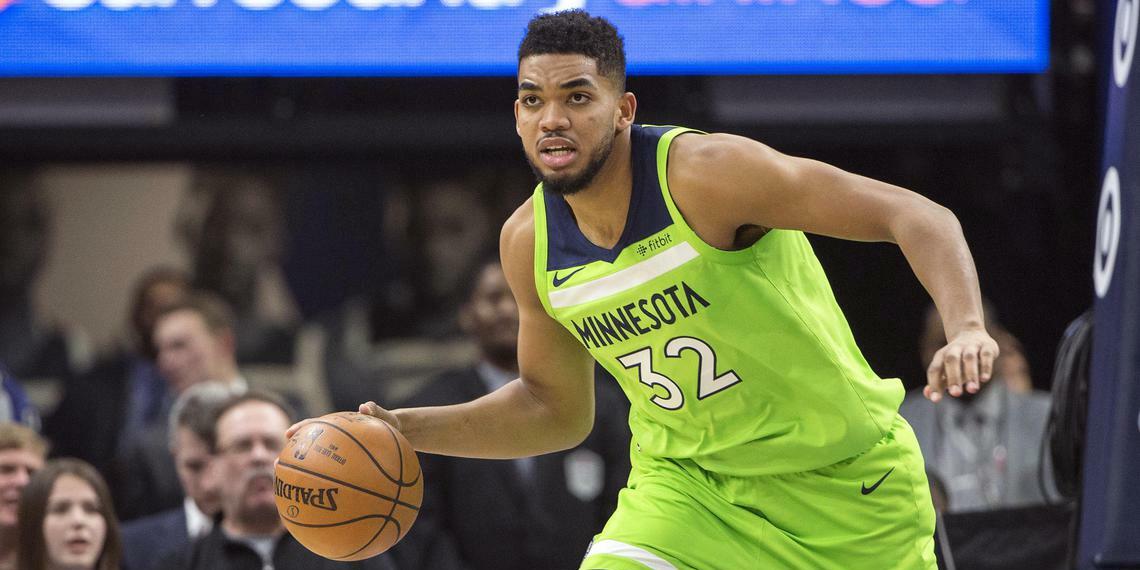 As rumors continue to circulate, are the New York Knicks really in a position to make a move for Karl-Anthony Towns?

Minnesota Timberwolves star center Karl-Anthony Towns is reportedly unhappy. Towns is in the first year of his $190 million max extension, meaning his only way out of Minnesota prior to summer 2024 would be forcing a trade.

This summer proved that luring free agents to New York is a lot more difficult than it sounds, and a trade could be the best way for the Knicks to strike. The front office has done well stacking their asset chest and creating a cap flexible enough to swing a big trade such as a Towns blockbuster.

Giannis Antetokounmpo remains the next superstar every team will chase, but as The Athletic’s Ethan Strauss pointed out, Towns could become that guy should the Milwaukee Bucks do enough this season to convince Giannis to stay.

It was reported earlier this week that the Knicks were already monitoring the Towns situation in their quest to land a superstar. Towns is from the New York area, grew up a Knicks fan, and is one of the 15 best players in the league at just 24 years old. The Knicks should be all over Towns if he ultimately asks for a trade—and should expect heavy competition.

One strong suitor has already emerged: the Golden State Warriors. The Warriors have had their eye on Giannis since last season in preparation for Durant’s departure, but as Strauss noted in his piece, Giannis’ availability hinges on what happens with the Bucks in June.

The Warriors have been monitoring Karl-Anthony Towns’ situation in Minnesota. He’s under contract until 2023-24 but has less reason than Antetokounmpo to be thrilled with his team’s trajectory. This was a topic among multiple team executives … relaying word that Towns is unhappy in Minnesota. … While the Wolves might dream of a scenario where [D’Angelo] Russell teams up with his good friend Towns, the Warriors have a differing vision of how a trade between the two franchises could shake out.

If Giannis decides to stay in Milwaukee, Towns becomes the Warriors’ main focus—which is bad news for the Knicks. The Warriors could present a stronger package than the Knicks, featuring players who can win now like D’Angelo Russell, young players with promise like G Leaguer Alen Smailagić, and a high pick in this year’s draft.

The Knicks do not have anyone of Russell’s caliber, and would likely have to include R.J. Barrett and Mitchell Robinson to compensate in a potential deal—two players considered untouchable at the moment.

A decision as big as trading for a 24-year-old superstar should be made by a front office that will be around for the aftermath. Both Steve Mills and Scott Perry are on the hot seat and could very well be gone at the end of the season. If teams with better players are in the mix, the Knicks will have to empty the clip to the tune of all their prized young pieces in addition to draft capital, potentially crippling any appeal they currently have.

The first thing the Knicks must do is put off any monumental deals until they decide the fate of Mills and Perry. Making a big trade before cleaning house rarely works out, and a desperation deal by Mills or Perry sounds downright frightening. They botched the Kristaps Porzingis deal already; it would not be surprising if they were fleeced again in pursuit of a job-saving deal.

Surrendering all present and future assets for one player leaves the Knicks where they were with Carmelo Anthony. If Mills and Perry do engage, the best option would be to pursue a three-way deal that would land them Russell from Golden State and Towns. Such a deal would require emptying the asset chest, but two high-level players who want to play together is a much better return on investment.

A three-team deal like this isn’t plausible unless the Bucks flame out and Antetokounmpo hits free agency. Until then, the Warriors facilitating a deal to get Towns and Russell to New York makes zero sense. It’s another game of dominoes for the Knicks; a game that did not turn out well last season, and one they should not willingly play again.

For now, the Knicks should focus on trading the current veterans and Dennis Smith Jr. for more assets. Build around Barrett and Robinson, see what player they can add to that core in the draft, and if certain dominoes fall their way, make a move.