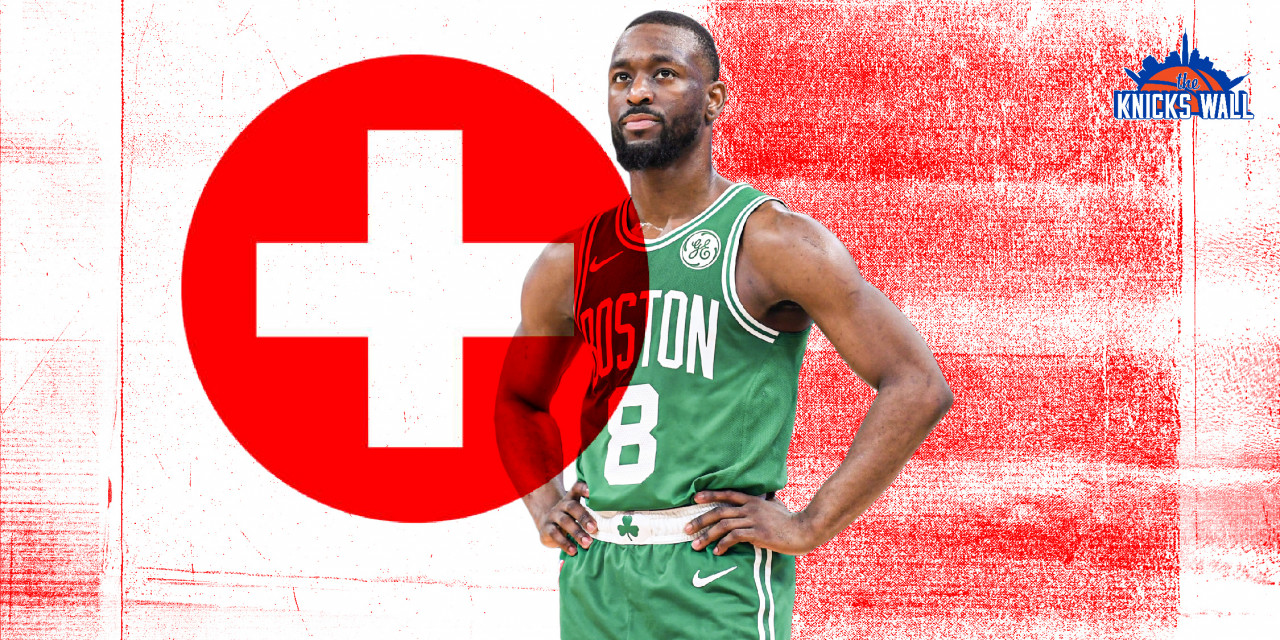 Much of the talk around Kemba Walker the last few years has been his injury history. A healthy Walker could raise the Knicks’ competitive ceiling.

If you remember one thing about last year’s MVP race, it’s probably that Nikola Jokic won it. But if you remember two things, the second is probably the fact that it was built around a particular narrative: who played in the most games. LeBron James’ health is why he fell out of the race earlier than he might typically, given his numbers last season. Joel Embiid’s candidacy was legitimate but viewed as more malleable than Jokic’s due to the fact that the Serbian outplayed the Sixer by 21 games. Perhaps even more than you heard Mike Breen shout the word “bang,” you heard pundits aplenty note that the “best ability is availability.”

That assertion is correct. It will remain correct, and it will take on a whole new meaning this season once unvaccinated players are missing in action in certain markets, New York being one. That won’t be a problem for the Knicks—general manager Scott Perry said last week that the team is fully vaccinated—but there are always bound to be concerns on the availability side. NBA players, vaccinated or not, still get injured. Kemba Walker, vaccinated, still has an arthritic knee.

Or does he? It’s not necessarily a trick question. Walker is certainly hobbled, but he’s played down his injury and placed some of the blame for his sporadic-feeling appearances on the Boston Celtics’ injury management plan. When asked earlier this summer about how the injury impacted last season for him, Walker said, “I was feeling pretty good. I just had a little hiccup in the playoffs, which sucked obviously. Nobody likes to be injured, especially at that moment. But I felt pretty good all year, to be honest.” As for the Celtics’ plan to avoid reaggravating the injury, he noted that it was the team’s plan all along, not his. “They already had that mapped out for me to not play back-to-backs. [This season] we’re just going to go, playing, see how I feel, game by game… I’m not going to just say I’m not playing back-to-backs. That’s not the deal. Just see how I feel.”

Whether you want to believe Walker or not—or to place unfounded trust in the medical staff of a team who once derailed the career of Isaiah Thomas by rushing him to play before he was fully healthy—is an NBA fan’s personal “Choose Your Own Adventure” game. But seeing is often believing, and when you’re not seeing a player on the floor, you’re often led to believe that there’s a valid reason for it. The same goes for when they do play and look off while doing it. The valid reason for Walker missing 29 games last season? A nagging injury in need of rehabilitation and rest. The valid reason for Walker looking off when he did play (in 43 games)? Probably the nagging injury.

So, perhaps his approach is a fair one: that he doesn’t necessarily plan to sit out back-to-backs this season, but will have to play it by ear, whether or not he’ll be able to go. If he can go, per his teammate and “one of the biggest reasons” Walker came to New York, Derrick Rose, he’ll be starting. “He’s starting, he’s starting,” Rose said Monday during media day. “Whatever it takes to just change the game. I’m not worried about minutes or playing time. I know Thibs is gonna handle that. But I feel like we have a deep team.”

As long as Kemba Walker can go, they do. That’s proven to be a big if, though.

The newest Knick was brought to town to serve one particular purpose: provide a boost at the oft-concerning point guard position. Rose was never going to be the long-term savior, and it’s not quite time for Immanuel Quickley to take on pilot duties (*insert “soon…” meme here). And while Kemba isn’t necessarily viewed as a long-term replacement—health concerns aside, he’s just one year younger than Rose, hardly a spring chicken—he’s the best immediate option, and the one the Knicks hope they can rely on moving forward. If they can’t, expect more of the same, just with Evan Fournier taking three too many shots instead of five.

But if they can, there’s nowhere to go but up, particularly from where Walker has been plateauing lately. And though plateauing is a strong word—20.4 and 19.6 points per game in his last two seasons is still quite effective—it’s a slight drop from where he once was. Peak Walker had the potential to be a 25-plus point-per-game scorer, an offensive force whose threat level bordered on that of a prime Kyrie Irving, even a prime Derrick Rose, albeit with a less flashy skill set. He was a stone-cold killer in Charlotte; his role in Boston didn’t require close to as much production, which is likely a cause of that “dip,” if you will. As a Knick, though, he’ll have the chance to be a number-two for the first time. If he can return to the form he once maintained as a top-flight scorer, the Knicks could experience significant elevation, too.

Again, though, it all depends on health. Tom Thibodeau knows this. “Health, I think it’s a big question for every team, and it’s important [Walker] feels good,” he said last week. “[Kemba’s] been in. He’s doing a lot of work. And you got to trust him. He understands what he has to do to be ready for a season.

“It’s also, what does he think?” Thibs continued. “This guy has managed his career a long time. So what’s the best for him? Was it better for him in the end or was it not? So you have to talk to him, you have to see how [his knee] feels. You have to talk to the medical people. I don’t want him to limit himself in terms of what he can do. We have to trust the player. We talk to Derrick about that—if he needs time off, he’ll get it.”

Perhaps the best approach with Kemba is to give him time off in spurts—something Sam DiGiovanni astutely argued for on this very site last month. Or, perhaps it’s shelving him until he’s completely ready to come back at full strength. Whatever it is, the top priority for New York heading into this season has to be figuring that out. The team’s ceiling hinges directly on it.