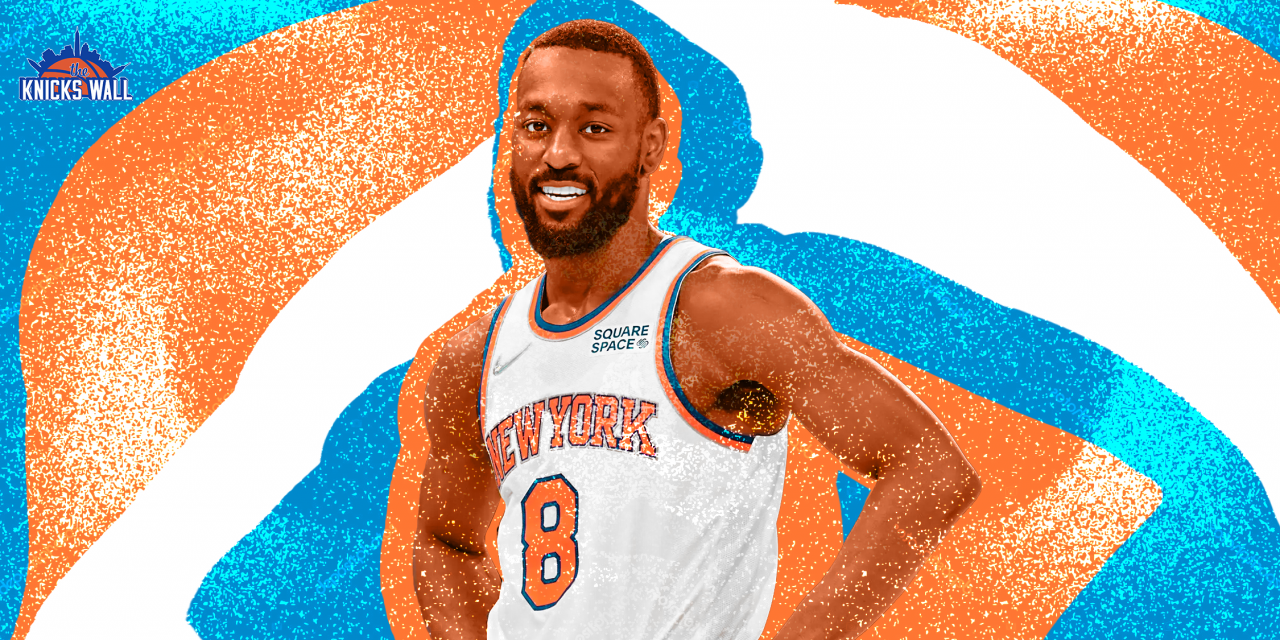 Kemba Walker’s New York homecoming has been less than auspicious, and it could soon be coming to an end between the Knicks and the once All-Star point guard.

Kemba Walker, 31, has played in 26 of the New York Knicks’ 47 games, missing through a combination of rest, a left knee injury, and Did Not Play(s)–Coach’s Decision.

While he has his moments here and there, the former All-Star has largely failed to meet expectations and has been a less than useful player when on the court. In his appearances this season, Walker has averaged 13.5 points per game, the lowest mark since his rookie season, and career lows in assists per game (3.6) and steals per game (0.8) while shooting his worst percentage from the field (41.2%) since the 2014–15 season.

The Knicks have a NetRtg of -8.4 with Walker on the court in 705 minutes in comparison to a 2.8 NetRtg in the 1,561 minutes when he sits, illustrating how New York has been better off when he is out of the picture. When Walker plays, the Knicks are about as good as the Orlando Magic and Detroit Pistons. When he sits, the Knicks would be a top-10 team. Stark, isn’t it?

As much as we had hoped it could be the fairytale homecoming, it just hasn’t materialized. Walker, at 31 years of age, is over the proverbial hill, and on the decline towards the end of his playing days.

The Knicks find themselves in no-man’s-land and to cross it, decisions must be made. Sitting with a record of 23-24 and on the periphery of the play-in, not the playoffs, but the 10th seed and play-in tournament, New York is struggling to tread water.

The Knicks have failed to meet internal and external expectations with a roster built to improve upon last season. As a result, adjusting the roster, rotation, and system or all three would seem a logical next step. The Knicks have other players and tools at their disposal, which make Walker redundant, and there is no time like the present to start using them.

As currently constructed Walker doesn’t offer much of anything. Offensively, the assertiveness and aggressiveness are sporadic, evidenced by him having the lowest usage rate of his career at 22.2%. There are stretches like the December outing against Washington where he played like it was 2017; however, then there are the games like against the Pelicans where he has five points and takes only five field-goal attempts. The latter is more common and when combined with being a stationary cone defensively, Walker is hurtful rather than helpful.

There is not going to be an elegant solution when it comes to the four-time All-Star. It is in the best interests of the team for him not to be on the hardwood. With the trade deadline fast approaching, the Knicks will more than likely dangle Walker. However, the returns may be slim. If Leon Rose and Scott Perry cannot find a trade to their satisfaction, the alternative is to move Walker to the bench unit or do what has been done once before: DNP-CD.

After being traded by Boston to Oklahoma City and bought out by the Thunder, Walker signed a two-year, $17.9 million contract, with $8.7 million salary for this season. With the current production coming from the point guard spot, it is clear the Knicks still need “that guy” at the lead guard spot.

Walker alone or Walker with draft capital isn’t getting it done unless he is part of a larger deal with several more valuable assets. If a trade was to materialize centered around Walker, there would likely be little of value or significance heading back to New York. There are still holes the Knicks need to fill and areas where they can use help.

A stretch 5 would be a welcome addition to free up room on the interior for Julius Randle and RJ Barrett while keeping the defense honest, something the Knicks haven’t had in recent memory. Another lockdown wing defender to help sure up those stocks and to ease the overall load from Barrett as he heads toward being the main offensive option could be useful. Someone like Serge Ibaka would be ideal for stretch-big while Justin Holiday as a wing option may be attainable from the faltering Pacers.

With Derrick Rose’s return imminent and Immanuel Quickley’s continual improvement as a point guard shows there is no in-between. Walker either starts, which isn’t helpful, or is once again relegated to the end of the pine.

The Knicks bench unit to start the season was categorically elite and certainly outplayed the starters, so head coach Tom Thibodeau may first look, once everyone is healthy, to go back to what he knows works. Conversely, if he does that, what doesn’t work will also be happening in the form of the opening night starters, or the never-ending experiment that needs to end, Alec Burks at point guard.

Derrick Rose is over the halfway mark of his initial right ankle injury timeline and could return in as little as two weeks. The former MVP has been a picture of stability since joining the Knicks and things seem to run smoothly with him at the helm.

New York has sorely missed the veteran and would be chomping at the bit to get him back, but it’s unlikely he would be thrust immediately back into the starting group. The Knicks have a 5.8 NetRtg when Rose is on the floor compared to a -3.7 NetRtg when he is not. The more he is on the court the better off the Knicks will be.

Quickley has continued to make strides as a lead guard, with his playmaking as of late noticeable jumping out. The sophomore guard has recorded five or more assists on nine occasions in 43 appearances this season (four times in the past seven games), compared to just four times in 64 tries in his rookie campaign. Coupled with having a tenacious appetite on the defensive end and pestering opponents the full length of the floor, Quickley has more than earned his opportunity to make a start at point guard.

The Knicks are doing a disserve to themselves and the player, Alec Burks in this case, of trying to make someone into something they are not. Burks can be a prolific bench scorer and when his mind can be at ease and focused on starring in this role, not orchestrating, and trying to get four other players involved. His scoring output and efficiency have suffered as a result.

During Walker’s latest nine-game absence with a left knee injury, Tom Thibodeau looked to RJ Barrett to handle the ball and initiate the offense more. Since the New Year (11 games), Barrett has averaged 22.9 points per game on 18.4 field goal attempts per game along with 3.2 assists per game, surpassing five assists on three occasions.

RJ getting crafty on his way to the rim pic.twitter.com/Xbsj1oxVun

The only issue associated with this is turnovers but outside the back-to-back games with six and then seven blunders, Barrett has done a reasonable job protecting the ball, averaging 2.4 turnovers a game in his last 11.

However, when you consider he has dropped 30 or more three times and 25 or more another two times, it seems it would be an avenue to go down, especially if you take into consideration the likely near-enough-to-the-max extension you’re going to have to give him. You need to know what you’re signing up for, and at present, it seems it would be worth it.

Kemba Walker has shown flashes of brilliance in his 26 games a Knick, but the consistency has been absent. While unfortunate that the fairytale homecoming has not come to life, it was always the most likely outcome. Now 31 and still dealing with knee issues, it would seem Walker is on the downward trajectory of his career.

The former All-Star has not done enough to warrant a starting position and with the original and sublime bench unit almost back to intact, it would point to there being no spot for him there either. It is not going to be elegant, and it is not going to be clean not if but when Walker is benched again or traded. The Knicks will catch plenty of flack from the national media, but it is what is in the immediate and long-term interests of the team.