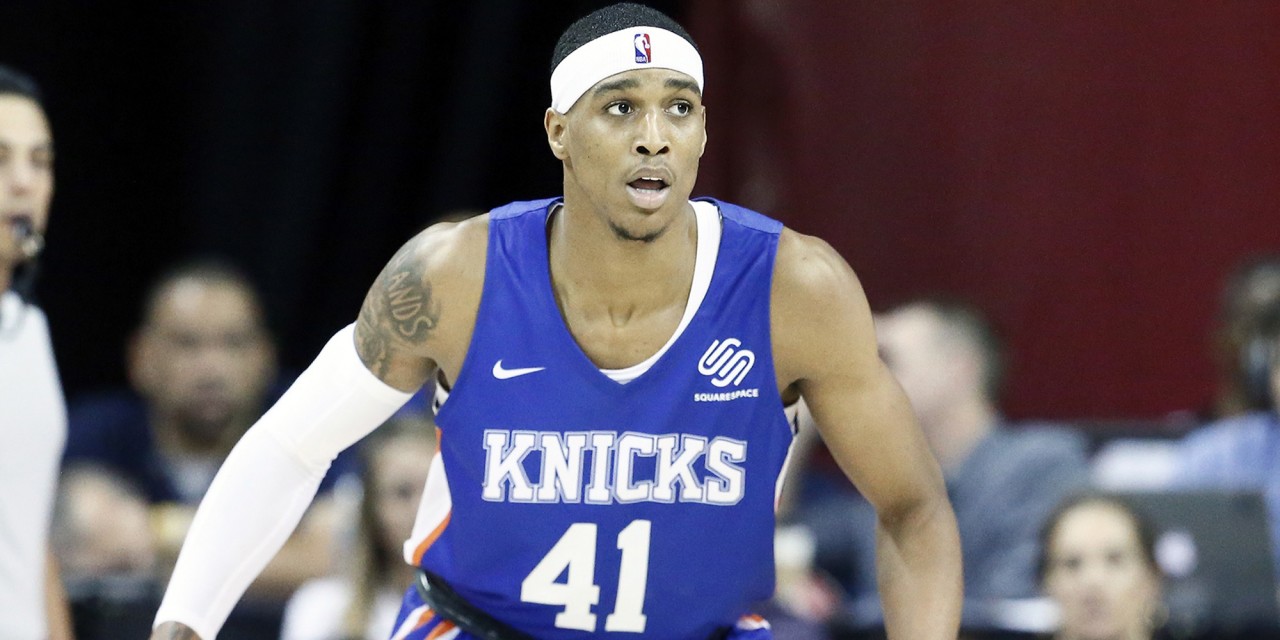 The Knicks trimmed their roster down to 15 players under guaranteed contracts plus their one of two available two-way contract players.

The New York Knicks wrapped up their four-game preseason on Friday evening with a one-point loss to the New Orleans Pelicans sans first overall pick Zion Williamson. The loss, which dropped New York to 1-3 in the exhibition season, did not feature any of the ex–Summer League invitees Kenny Wooten, V.J. King, and Lamar Peters. In fact, the Knicks did not play any of three, plus guard Amir Hinton before he was waived last week, in any of the four preseason games.

On Saturday, the team waived King, Peters, and Wooten, per Steve Popper of Newsday on Twitter. The three, along with Hinton and Zak Irvin, who was signed and released in 24 hours, expanded the Knicks’ training camp roster to 19 and 20, the latter of which could be the maximum number of players invited to training camp. With the NBA’s regular season set to start on Tuesday, final decisions on the roster—the Knicks roster which already guaranteed 15 contracts, the max number—had to be made by Monday.

The Knicks have yet to sign any player, whether they be Wooten, Peters, or King, or another free agent out there, to their second available two-way contract. Currently guard Kadeem Allen is tagged as New York’s two-way player; although it’s not mandatory, leaving a two-way space open is unnecessary given the possibility of injuries or the ability to evaluate G League players with a call-up.

SNY’s Ian Begley notes that all three of the waived players are “likely headed to Westchester.” New York’s G League affiliate, the Westchester Knicks, will start fielding their team in the coming weeks. They are coached by first-year head coach Derrick Alston, who is succeeding Mike Miller, a former G League Coach of the Year who joins David Fizdale’s staff this season. Alston previously worked as an assistant under Miller.

It’s unclear at the moment, but one of King, Peters, or Wooten could be signed to the second two-way deal—or possibly someone like Jameel Warney, the local product from Stony Brook who will play in White Plains. While Hinton, the Division II leading scorer, and Irvin, a Michigan alum who played with the DubKnicks the past two seasons, were waived, they will likely land with Westchester, too.

The Knicks commence their 2019–20 season on Wednesday with a road trip to San Antonio to face Gregg Popovich’s Spurs. They still have a myriad of rotation moves to figure out outside of Fizdale’s purvey of whoever general manager Scott Perry finds to sign the second two-way contract. For example, no clear point guard presented himself as a viable starter during the preseason. The New York Post‘s Marc Berman reported Elfrid Payton was “all but promised” the starting floor-general role in free agency.

However, rookie R.J. Barrett is a “lock” to start on Wednesday for Fizdale’s team, with the third overall pick in last June’s draft impressing in preseason and playing well over 30 minutes per game. Outside of Barrett and Julius Randle, the starting lineup is still relatively up in the air with Fizdale and his coaching staff tasked with determining it in the next few days.

»READ: Can the Westchester Knicks maintain success with a new coach and roster?