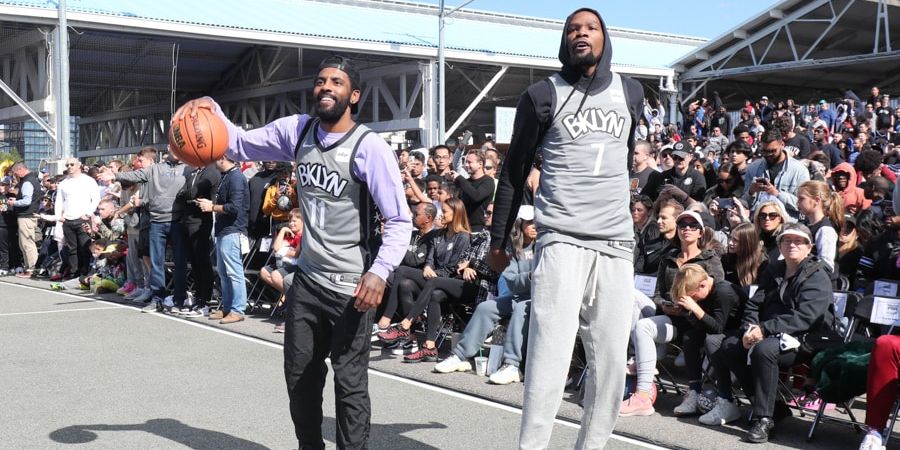 The powder keg tweet was a response to an interview Durant did with Hot 97, where he stated the Knicks aren’t cool.

“I think a lot of fans look at the Knicks as a brand & expect these younger players who, in their lifetime, don’t remember the Knicks being good (to sign)…It’s like, the cool thing right now is not the Knicks.”

Knicks fans, never ones to take slander lying down, did not take to that kindly and hopped on the timeline. Durant apparently had the time today and threw down with Knicks Twitter.

Here are the highlights.

As entertaining as that was, Durant did hit on something that was made abundantly clear this summer. The Knicks are not cool, not yet anyway.

The core of Durant’s argument is that no one playing in the league now can remember when the Knicks were good. Kyrie Irving was born in 1992 so he was barely conscious for the ‘90s era. Future free agents will be younger and remember even less, so what Durant is saying is correct.

But the Nets are living proof that public image can change at the drop of the hat. They went from the laughingstock of the league to the hipster team, and now a real team with two legitimate superstars.

The Knicks have a better group of young guys than the Nets had, in addition to draft capital and cap flexibility. It is very possible they can become the hipster darling the Nets, Kings, and Hawks were.

And maybe, just maybe, if they let this rebuild ride out, free agents might see joining an up and coming Knicks team as the cool thing to do.

»READ: Can Knicks offseason criticisms coexist with strength of the front office’s response?