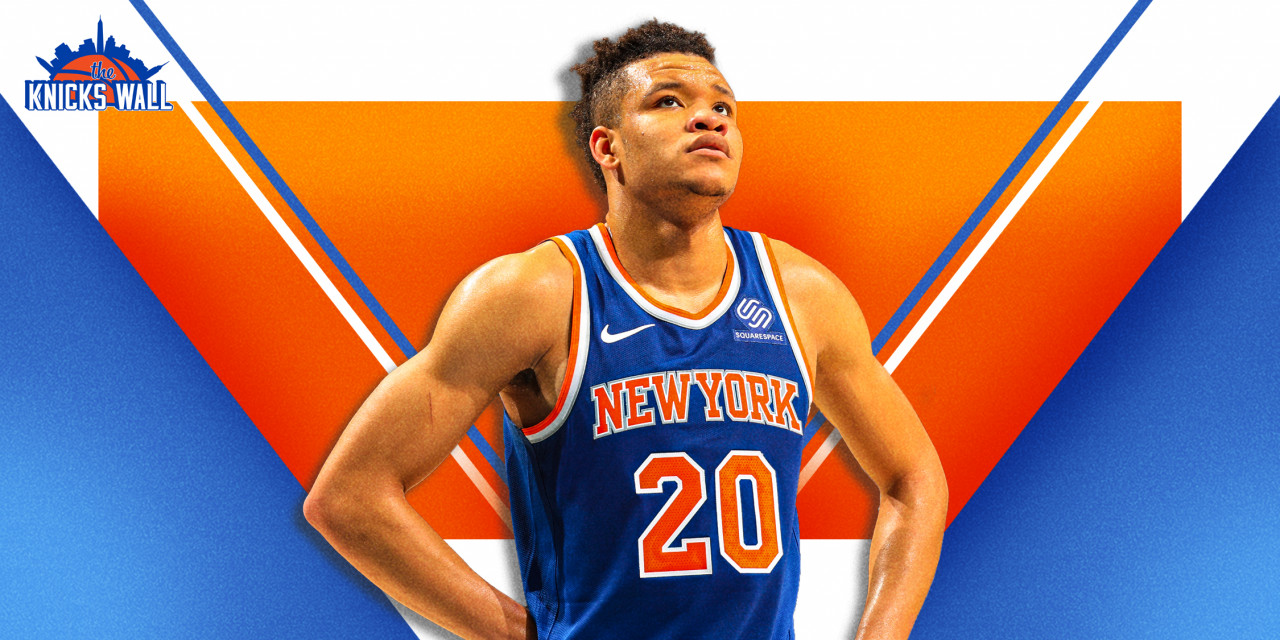 Kevin Knox has been a disappointment thus far as a Knick, but can he salvage his career this upcoming season?

Since being selected ninth overall in the 2018 NBA Draft, it has been a rough go of it for New York Knicks forward Kevin Knox, to say the least. In three seasons, the 22-year-old has averaged only 8.5 points per game on 36.9% shooting from the field, per Basketball-Reference. Knox has shown some brief signs of competence, but overall, no. 20 has looked timid and has not been able to provide any consistent production.

What makes Knox’s lack of success even tougher to swallow is the fact that guys like Shai Gilgeous-Alexander, Mikal Bridges, Michael Porter Jr., and Kevin Huerter were still on the board when the Knicks picked back in the 2018 draft. All of the aforementioned guys are rising stars who have made significant strides in their young careers and have developed into very good to great players for their respective organizations, all while Knox has not been able to find his footing, seeing his playing time go down every year.

Despite all the justified criticisms of Knox, one thing that you cannot knock is his work ethic. One example of this was his willingness to play in the 2021 NBA Summer League. Usually, the Summer League is filled with rookies, undrafted journeymen, and lifelong G Leaguers. Not often do you see NBA guys going into their fourth season looking to participate in these Vegas games.

Ultimately, Knox did not end up getting to play in the Summer League due to COVID-19 protocols. However, I do think Tom Thibodeau and co. notice little things like this and this could help him if the Knicks are on the fence on whether to stick with the former lottery pick or not going forward.

Out of everyone on the Knicks’ current roster, Kevin Knox might be under the most pressure in terms of securing his place in the NBA from here on out.

The 2021–22 season will be the last guaranteed year of Knox’s rookie contract. Given the fact that he has underachieved in his first few seasons in the NBA, this seems like a make-or-break season for the former Kentucky Wildcat.

Usually, fans, other players, and the organization can tell if a lottery pick is going to be a bust, based on their first one to two seasons in the Association. If there is no valuable production or if there are no signs of marked improvement within those first two seasons, you can usually infer that said player is not going to be much of a factor in their NBA career. Simply put, we do not see a lot of late bloomers in today’s NBA.

Fortunately for Knox, the Knicks still see a chance that he blossoms into at least a decent role player who can provide length defensively and knock down some threes. I believe the ship has sailed on Knox being a starter, but I do believe he can solidify and lock down a role on this new and improved Knicks team if he is able to produce this upcoming season.

As we know, you can never have enough three-point shooting and offense. The downfall of the Knicks in the playoffs last year was their inability to score consistently, causing frequent offensive droughts at the worst possible moments. This is a big question mark, but if Knox can somehow harness some of his raw potential and become a confident 40% shooter from deep, as well as a decent defender in Thibs’ system, I do think he has a chance to don the orange and blue beyond this season.

After falling out of Thibs’ rotation, it will be no easy task for Knox to get, let alone seize, opportunities that he could potentially be given this season. Recently acquired Kemba Walker and Evan Fournier are both better offensively than Knox and could be additional roadblocks in Knox’s ability to see the floor. Also, the expectation is that Obi Toppin will likely get more minutes next year and rookies Miles McBride and Quentin Grimes look promising, which might result in Knox getting buried on the end of the bench as we saw towards the end of last season.

Given the fact that the Knicks are finally a playoff-contending team with actual talented players, I imagine it will be very hard for Kevin Knox to surface from Thibs’ doghouse and be able to show enough to stick around beyond next year.

The only way I see Knox on this team in the future is if he can become an aggressive offensive player who improves his shooting. Having reliable shooters off of the bench is of the utmost importance and this certainly was a void the Knicks are looking to fill. One of the reasons why Knox has not been able to live up to his potential is a lot of how he mentally approaches the game. His lack of assertiveness and comfortability on the floor has been evident and the NBA is not a league for the timid. If Knox can adjust his mindset, take more risks (shots) and use his large frame to his advantage, that will put him in a much better position to succeed in his role.

Any way you slice it, the selection of Knox looks like a mistake by the Knicks regime thus far. Hopefully, he can prove everyone wrong.