Kevin Knox Is the Eastern Conference’s Top Rookie for December 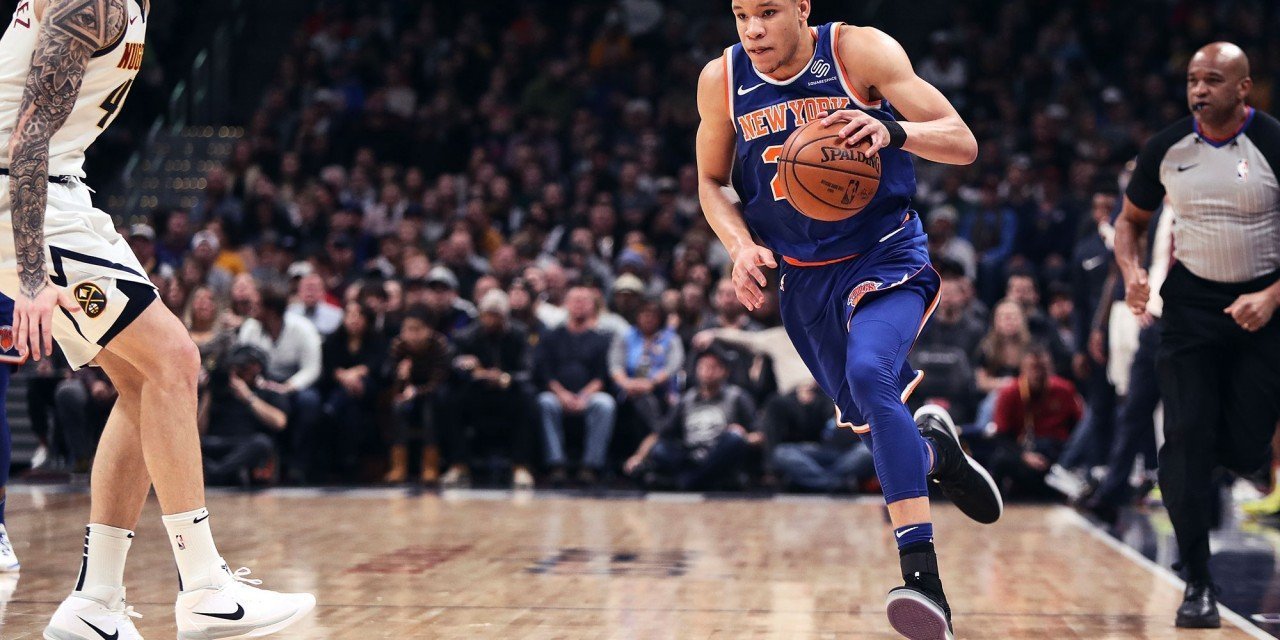 The Knicks were criticized for drafting the raw Kevin Knox out of the University of Kentucky last June.

New York Knicks forward Kevin Knox has won December’s Rookie of the Month honors for the Eastern Conference, per the NBA.

Amid a struggling first two months racked with an ankle injury, Knox slowly but surely found his footing in the Association with a tremendous rookie month of December. He averaged 17.1 points, 6.0 rebounds, and 1.5 assists while shooting 40.3 percent from the field, 38.4 percent from three-point range, and 64 percent from the free-throw line (per Basketball-Reference). Additionally, Knox is the seventh leading scorer among rookies in 2018–19.

Kevin Knox has been named Eastern Conference Rookie of the Month for December. pic.twitter.com/w4fq5eIMZ7

Knox had largely accomplished a successful December through hot starts coming out of the gates in contests. Last month, the Wildcat averaged 6.8 points in the first quarter while shooting 49.3 percent from the floor in the period in 14 games (per NBA Stats).

Before erupting at the NBA’s Las Vegas Summer League last July, questions surrounded Knox and the Knicks upon the franchise’s selection of the forward with the ninth overall pick. Critics derailed the pick, pointing out the 19-year-old had holes in his game while Michael Porter Jr., Miles and Mikal Bridges were viable options at the desperately needed forward position (who were selected after Knox).

However, Porter Jr. has not made his NBA debut yet and the timetable for his return from back surgery is indefinite; Mikal is having an up-and-down season with Phoenix and Miles Bridges is performing well in Charlotte.

Nevertheless, the Rookie of the Month honor for Knox and the Knicks represents a short-term present of silence from critics of the pick. Winning the prize has gifted New York more wiggle room to properly rebuild—and Knox rightfully earning the award is just one of hopefully many more to come and justify the ninth pick’s place in the Big Apple.