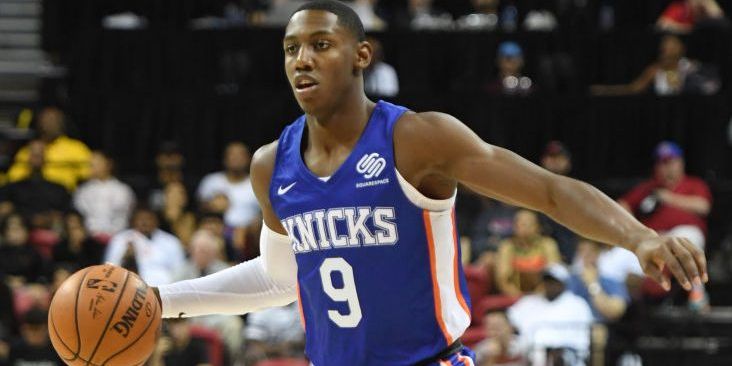 Knicks first-rounder RJ Barrett had himself a solid game as Kevin Knox and the starters pushed an insurmountable margin against the Lakers in Vegas on Wednesday.

In one last showdown between two winless teams, before Summer League playoffs begin, it seemed that the Knicks were the ones who saved their best for last.

It was a solid, all-around team effort for the SummerKnicks, who saw their entire starting five score in double figures. Kevin Knox led the way with 25 points, followed by R.J. Barrett (21 points), Ignas Brazdeikis (16), Kadeem Allen (13), and Mitchell Robinson (13).

The Knicks set the tone early, starting the game off with a quick 9-0 run to take the lead from opening tip-off. The Lakers eventually settled in, but once they caught up to the Knicks, New York ramped up the intensity. The Knicks went on to rattle off 33 points in the first quarter, already working at a rate that surpassed the 39 second half points they had in the loss to the Toronto Raptors on Tuesday night.

Once the Knicks pushed the lead into double figures, they hardly looked back. New York took a 66-44 lead at halftime. Although they loosened up in the fourth quarter, the Knicks’ lead was never in jeopardy.

Zach Norvell Jr. paced the Lakers with 20 points on 6-of-11 shooting, including a 4-for-6 clip from long range. Codi Miller-McIntyre added 15 points, seven boards, five assists, and three steals.