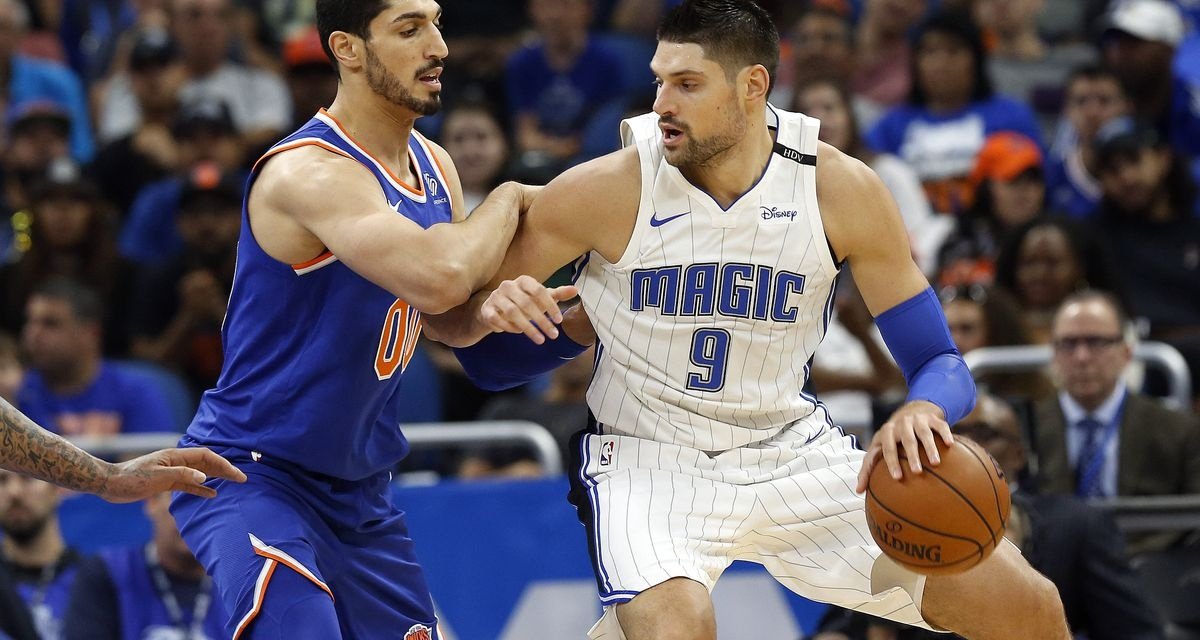 The Knicks are back in action on Sunday night after blowing a big lead on Friday against Anthony Davis and the Pelicans.

After an ugly loss in New Orleans in which New York was outscored 26-10 in the final five minutes, the Knicks (4-12) will look to pick up a win tonight against the Magic (8-8) in Orlando.

Friday’s game against the Pelicans, while overall a well-played game by New York, left the team shaken up. After leading by 11 with seven minutes to go, the Knicks choked away their lead in the fourth quarter thanks to a stagnant offense and porous defense. When it came down to the wire New York just couldn’t find good shots and Anthony Davis and the Pelicans got whatever they wanted on the other end.

Following the game, Trey Burke, who finished with 24, talked about his team being unable to finish in the clutch. Per Marc Berman of the NY Post, Burke told reporters, “We can’t keep saying the young-team thing because we’re in all of these games… That’s not the goal — to be in the game. The goal is to have more points than the opponent when the buzzer sounds.”

With the motivation to make up for Friday night’s nightmare behind them, the Knicks are aiming to end their four-game losing streak tonight against the Magic.

New York’s last matchup with Orlando was ugly. In what was one of the Knicks’ worst showings of the season, they shot 35 percent from the field en route to a 115-89 loss in which the Magic at one point lead by THIRTY-FOUR. Thirty. Four. The Magic.

Orlando blew the doors off the Knicks, fueled by Terrence Ross’s 22 point game off the bench. As for the Knicks, you saw the score.

Hopefully New York learned from last week’s encounter with the Magic and are better equipped to handle them this time around. Hopefully they don’t lose by 26. That would be nice.

While New York has been skidding, the Magic have been heating up. After a slow start to the season, Orlando has won six of their last eight games against decently difficult competition. The Spurs, Sixers, and Lakers have all been victims of the hot streak, which have brought the Magic to 8-8 on the season.

Helping lead the run, Nikola Vucevic and Aaron Gordon are averaging 20.8 and 18.7 points over the last eight games, respectively. On top of that, Vuc has scored 66 in his last two games, pushing the Magic over Philadelphia and the Lakers.

A win tonight would put Orlando over .500 for the first time since opening night.

Following the loss to New Orleans in which Enes played only 15 minutes, he took to twitter to express his frustration, or perhaps his appreciation for ellipses.

At this point in the season, it’s feeling more and more likely that Kanter will be moved by the trade deadline. The center has been vocal about not being happy with his role and the team’s situation (the playoffs make his nipples hard), and on top of that is signed to an expiring contract on a team with two promising young bigs in Kristaps Porzingis and Mitchell Robinson.

However, with the deadline still a ways away, there remains time for Kanter’s situation with the Knicks to improve. There’s a lot of time between now and February, and Fizdale loves to switch up his lineups. Maybe a change in role and a slight winning streak repair the relationship between the Knicks and their big man, but until then expect more tweets that look like they mean nothing but probably mean something.

Barring a lineup change, Kanter is expected to once again come off the bench behind Mitchell Robinson tonight.

The Knicks have only managed to pick up three wins in their last ten games, and currently hold the fifth-worst record in the NBA. In most of these games though, New York fights hard, comes close, and ends up being unable to finish. A prime example of this was against the Pelicans, in which they had the game pretty much locked up until in signature Knicks fashion they handed it away.

The coaching staff is messing around with the lineups early in the season, because why not. I understand the importance of trying out different things in a rebuilding year, but so much losing will at some point permanently damage this team’s core. New York needs to find a lineup that can close out games, whether its the young guys, vets, or a combination of both.

I want Zion Williamson on the squad as much as the next guy, but losing for five years straight is getting old. I’m not asking for the playoffs, I’d just like to see the Knicks pick up a few good wins on their way to the lottery.