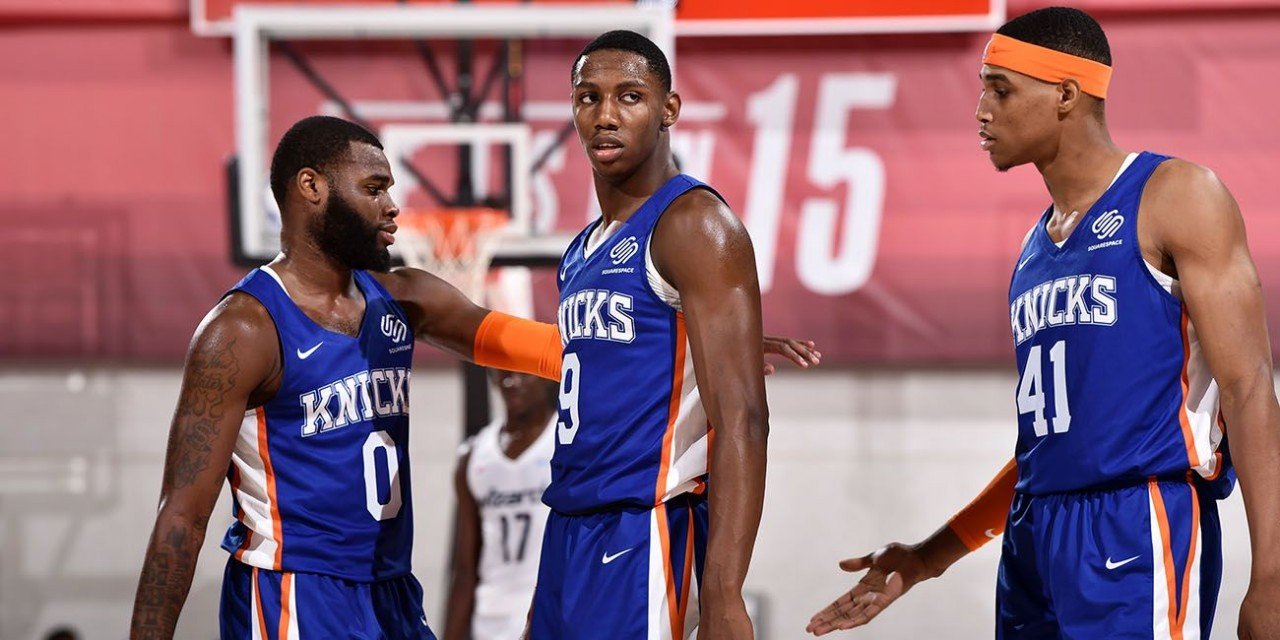 An exciting set of preseason matchups kicks off October 7th.

The New York Knicks released their 2019–20 preseason schedule, and it appears the league is invested in the drama of rookie rivalries.

Fans disappointed in the Summer League reunion between former teammates R.J. Barrett and Zion Williamson, rejoice: they’ll get their rematch in the final preseason game on October 18th.

The Knicks’ first stop will be in Capital One Arena to face the Washington Wizards. Neither Isaac Bonga nor Rui Hachimura appear to be true rivals for Barrett, but they’ll probably make their first stand against NBA talent all the same in that first game at home. Less than a week later, the Knicks begin a three-game homestand with a rematch against the Wizards which may, quite possibly, be more of the same.

In their penultimate preseason game the Knicks will face the Atlanta Hawks, another team touting one of three famous Duke rookies. It’s highly likely that Barrett and Cam Reddish will guard each other on more than a handful of possessions. Although Reddish’s single season at Duke was considered underwhelming, his first game against former teammate Barrett could be as competitive as any rivalry in the NBA. Rookie De’Andre Hunter is another matchup that Barrett may be on the lookout for.

Finally, the Knicks round out their preseason with a closing game at Madison Square Garden against the New Orleans Pelicans. This time neither earthquakes nor slews of sub-optimal talent will get in the way of a highly anticipated rematch.

It’s a simple preseason schedule, but it holds more excitement that the tiny table on the press release lets on.