Is Nico Mannion Worth a Late-Round Draft Pick-Up for the Knicks? 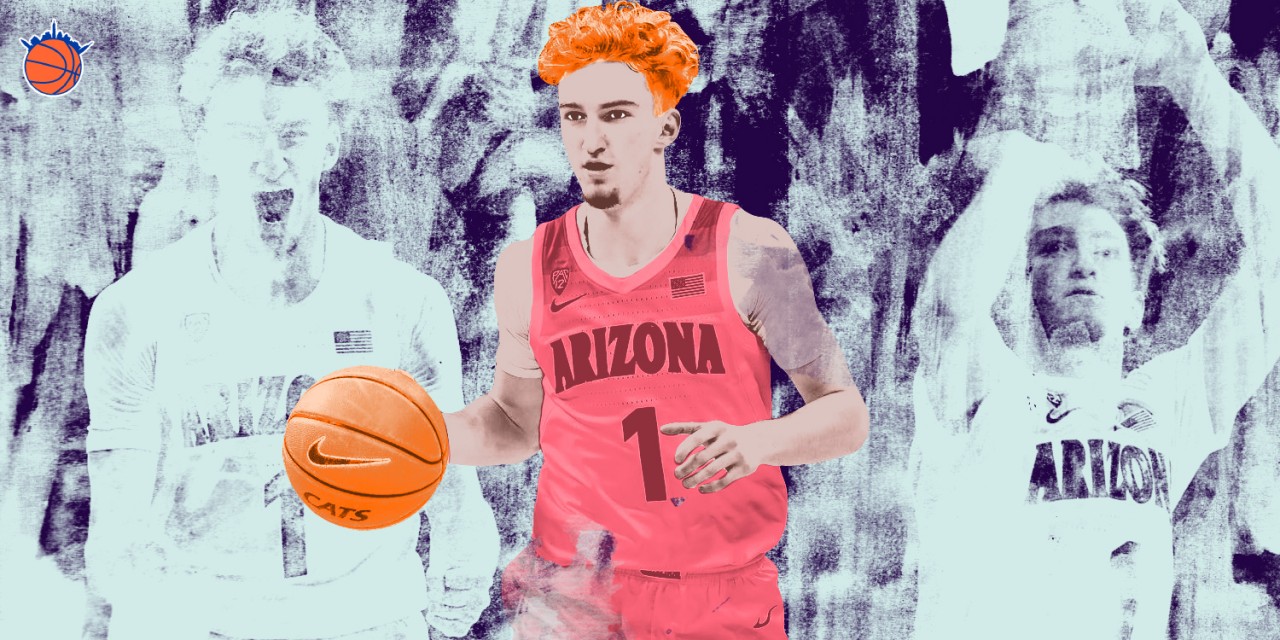 Arizona’s Nico Mannion might be an interesting late first-round look for the Knicks with a long-term development point guard in mind—should they exert patience.

New York is a long way from Arizona, but the Nico Mannion hype made its rounds across the country well before he even set foot on a college court.

A consensus five-star recruit and top-10 prospect nationally, the red-haired wonder dazzled the internet and live spectators with his highlights, ankle-breakers, and big-time scoring plays. The former McDonald’s All-American led Pinnacle High School (Ariz.) to back-to-back state championships before reclassifying to go to college a year early. He had numerous offers to his name, but Mannion decided to stay close to home and play for the University of Arizona over a final list of schools that included the likes of Duke, Marquette, and Villanova.

At first, it seemed like Mannion made a seamless transition to the collegiate level, but he hit a rough patch midway through the season. It resulted in some pundits casting doubt over the 6-foot-3 point guard.

With the coronavirus pandemic, he never got an opportunity to redeem himself or make a final impression, since the NCAA postseason and March Madness were canceled. What can we expect from Mannion moving forward?

Playmaking/basketball I.Q.: There’s no doubt that Mannion’s best asset is his ability to facilitate and create for others. He’s a savvy playmaker and sees the floor well. While he is capable of making flashy passes and zipping the ball through tight windows, more often than not, he just makes the right and timely read on the floor.

This slick bullet pass by Nico Mannion is ridiculous ? pic.twitter.com/2oQIs10rRo

His 5.3 assists per game were the second-highest in the Pac-12, right behind Oregon’s Peyton Pritchard. Meanwhile, his assist rate of 31.4% put him in the 97th percentile, well above the vast majority of the college basketball player pool.

Mannion is at his best when he is dishing out in transition or has an open court to deal with. Arizona predominantly operated at a fast-paced tempo—and it certainly helped him. If the Knicks do pick him up, he’ll be able to bolster a New York team that was among the bottom of the league when it came to fast-break points and transition scoring.

He also excels in the pick-and-roll game. All in all, Mannion is a crafty player that can call on his own number to get a bucket or assist in getting others going. He’s smart with and without the ball in his hands and can be counted on to make the right decisions. Mannion has great court vision, with the creativity to supplement that.

Scoring ability: When Mannion is on, it’s a sight to see, and this was particularly shown in his strong start to the year. His best showing came in a 24-point game against Penn on November 29th, when he shot 11-of-14 on the floor. He can score at all three levels of the court, and he can do it in a variety of ways.

He can cash in shots off of a catch-and-shoot situation, stop-and-pop, shoot off of screens, knock down pull-up mid-to-close range jumpers off the dribble, or exhibit soft touch finishes around the basket. Mannion can make the tough shots drop and rarely looks uncomfortable on the floor. He’s a threat to fire once the ball is in his hands, and he shoots with confidence.

He even has some bounce…

Consistency: While Mannion has shown the ability to take-and-make shots from nearly anywhere on the court, his efficiency and consistency as a scorer was put into question in his lone season of college hoops, especially when his numbers dipped throughout the Pac-12 portion of the schedule.

There’s no question that when Mannion is hot, it’s a sight to see. When he’s cold, like in various stretches once conference play began, he didn’t seem like the same player.

Although his scoring remained about the same throughout the year, the shooting percentages and efficiency were a different story. Over the first 13 games, Mannion had 14.6 points per game and shot 42.6% overall, with a 34.9% showing from downtown.

Once conference play began, and for the remainder of the regular season, Mannion averaged 13.5 points, but shot just 36.5% overall and an even-worse 30.9% from three-point range.

In terms of his shooting stroke, his shot and form doesn’t appear to be broken. It just might be a matter of hitting at a better rate, but with that even further NBA three-point line and much tougher, faster defenders to deal with, this could be an issue moving forward.

As for playmaking, while Mannion is a solid distributor, he’s shown that most of his mistakes and turnovers come in the halfcourt. Although the pace of the NBA seems to quicken with each passing year, he won’t always be in transition or have fast-break scoring opportunities, so he’ll need to clean it up a bit in moments where the game slows down.

Physical ability: Mannion is listed at 6-foot-3, 190 pounds. His height isn’t too much of an issue, but his weight may be a bit generous of a spot. He’ll need to bulk up and get his body into NBA shape. Right now, he appears to be on the slender side.

He also has a reported wingspan of 6’2.5″, which isn’t stellar, but unlike getting in the gym, this is uncontrollable.

Overall, Mannion is a solid athlete, but he doesn’t seem to have that next-level physique or quickness for the NBA. He’s shown to have some difficulty against quicker, faster guards and opponents. Although he has good handles, he doesn’t have the downhill speed or explosiveness to slice his way through the defense. This also coincides with his issues in the half-court, because point guards need to be able to at least get some dribble penetration or beat the man in front of them one-on-one. Mannion might not be able to do that enough, or at a competent rate, against the quicker, faster NBA guards and defenders matched up with him.

Onyeka Okongwu makes the quick read, walls up Nico Mannion and then eviscerates his shot. pic.twitter.com/WkZiQTMYRG

His current level of athleticism was good enough to get by in high school and college. It might not be enough in the NBA, but with some work, it can possibly be a different story.

As for his fit in New York, the Knicks can use smart playmaker who can set up others and have a scrappy mindset. The son of two professional athletes, Mannion seems to have a good head on his shoulders, never getting caught up in the limelight or even the stardom that social media and internet basketball gurus gave him ever since his high school days. His upbringing has helped mature him mentally, which will be good for the bright lights of New York City.

However, it appears that Mannion will need time and patience, which the Knicks and their fans might not have much to give.

If he drops to 27th, it might not be a bad idea to take him. With a great feel for the game as a facilitator and a tough mindset, Mannion has a high floor, albeit a limited ceiling. New York has had a revolving door of point guards in recent years, and he might add some stability as a backup that looks to create for others.

Your like for Mannion may depend on whether you’re willing to wait on him to develop or not, but the Knicks’ front office track record hasn’t been too kind to their rookies this decade.