Obi Toppin Has Unquestionable Athletic Appeal in the Draft 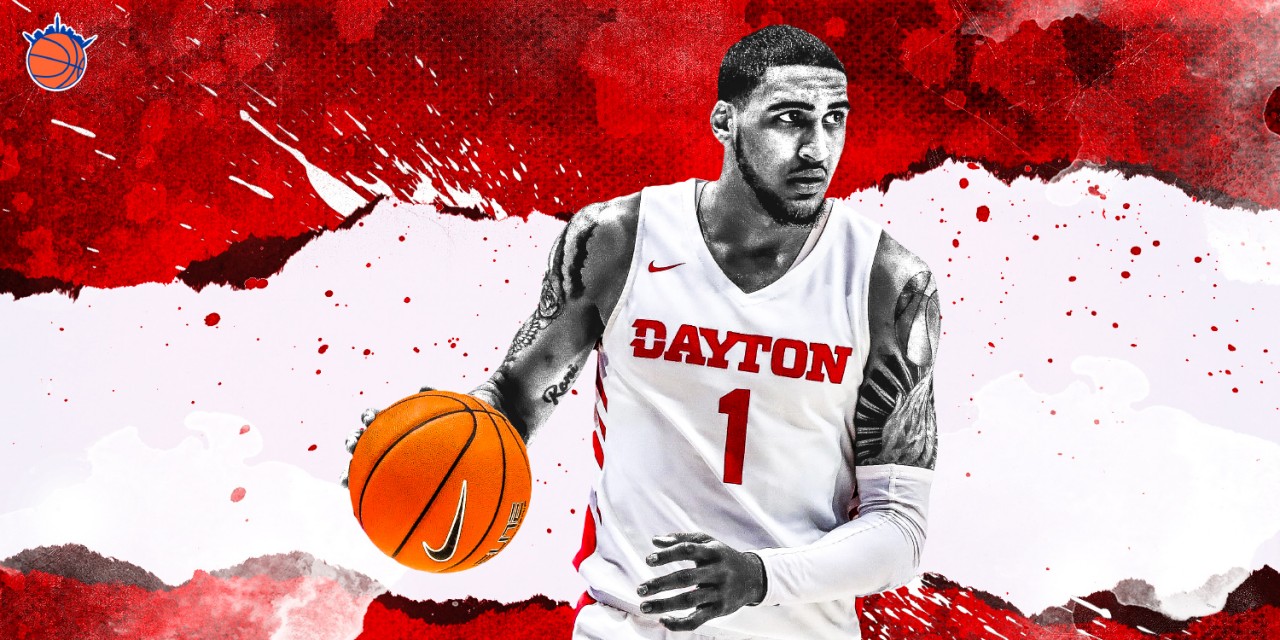 Dayton’s Obi Toppin was the best player in college basketball this past year. Would the 2020 NBA Draft prospect fit with the Knicks?

Arguably no player in college basketball this year did more to help their draft stock than Obi Toppin. Toppin, 22, in his redshirt sophomore year made a huge leap on his way to sweep the major awards: winning the 2020 John R. Wooden Award, along with both the Naismith and Associated Press National Player of the Year awards. He was the key piece in Dayton’s magical 29-2 season on their way to what would have been a no. 1 seed in the best season in program history.

He finished the season averaging 20.0 points and 7.5 rebounds per game and was considered the most dominant player in all of college basketball.

While Toppin has the accolades to show his accomplishments as an elite college basketball player, there are some questions about his transition as an NBA prospect, specifically on the defensive side.

So, let’s break him down category by category to see where his strengths and weaknesses lie.

Toppin is a high-level finisher no matter how you slice it. His elite athleticism and spectacular dunks are going to fill his highlight tape, but he has also shown a nice touch with both hands around the basket. He is a solid finisher in traffic, able to make difficult finishes and dunk from anywhere around the basket.

Toppin has shown to be a proficient cutter and moves well without the ball. He has great timing and can cut from different levels, with a great nose for the ball and a propensity for catching lobs from driving teammates.

He is a complete finisher and can score in transition, in pick-and-roll, or as a cutter.

Aside from the highlight plays: the most eye catching part of Toppin’s game may be his passing ability.  He is a quick decision-maker, whether off the short roll or while driving. His playmaking ability is what sets him apart from other big men.

He passes well out of a double team and loves kicking out from the post to a corner shooter. A smart passer who finds cutters with ease, Toppin’s versatility allows him to pass in any situation, which looks to translate well at the next level.

Toppin has a fairly unconventional shooting form, but put up good shooting numbers in his two years on a moderately low volume. His release is not quick, which is represented by his numbers when shooting under pressure as compared to open looks.

He shot an impressive 63% from the field this year, but according to The Stepien only 42% of his shot attempts are from around the basket. He shot 39% from beyond the arc on around 2.5 attempts per game. Toppin has good shot selection and typically does not force jump shots when he doesn’t have to.

He shot 70% from the free throw line and shot well from NBA range on his limited attempts. These are two good indicators for how his shot will translate at the next level.

Toppin’s defense is below average in most capacities and will be brought up often as a criticism of his game. For his size and athleticism, he does not bring any of the prowess you would hope to see on defense.

He shows little recognition of pick-and-roll defense and can frequently end up out of position. This lack of ability to read an offense is the biggest red flag in his game.

His lateral movement is also questionable. He has a high center of gravity and does not change direction well. This allows him to be attacked in one-on-one situations, or off a pick-and-roll.

The one upside defensively for Toppin is that his jumping ability does give him a chance to be a good shot blocker at the next level. At the very least he is capable of a highlight block from time to time.

Best block of the year by Dayton: Obi Toppin goes high above the rim to get one. pic.twitter.com/WBojDIQy1m

For someone with the athleticism that Toppin possesses, you would hope for better rebounding and an ability to help the defense with shot blocking.

At the college level, Toppin neither showed great instincts nor did he make high-level effort plays consistently. Those are things that would need to change in order for Toppin to be successful in the NBA.

Toppin is an interesting prospect who could end up sliding due to some real potential flaws. Defensively speaking, there are question marks regarding his liability on that side of the ball. Will his offensive ability alone be enough? That is the question. With comparisons such as Amar’e Stoudemire on offense and Jahlil Okafor on defense, teams will have to evaluate the risk profile.

While the risks are there, if the Knicks have a chance to take Toppin at nine, there is a case to be made for the fit. A tertiary playmaker like Toppin would be a huge benefit playing with R.J. Barrett both on and off the ball. Likewise, Mitchell Robinson’s elite defense would cover for Toppin’s imperfections. More importantly: who wouldn’t want to see the highlights those three guys could produce together?

Obi Toppin is putting on a show! ??

? Threw the ball down like Dwight
? 180 dunk
? Between-the-legs dunk pic.twitter.com/gj6tGSg6W6